CARDS Break Out Bats in Win Over Western Kentucky 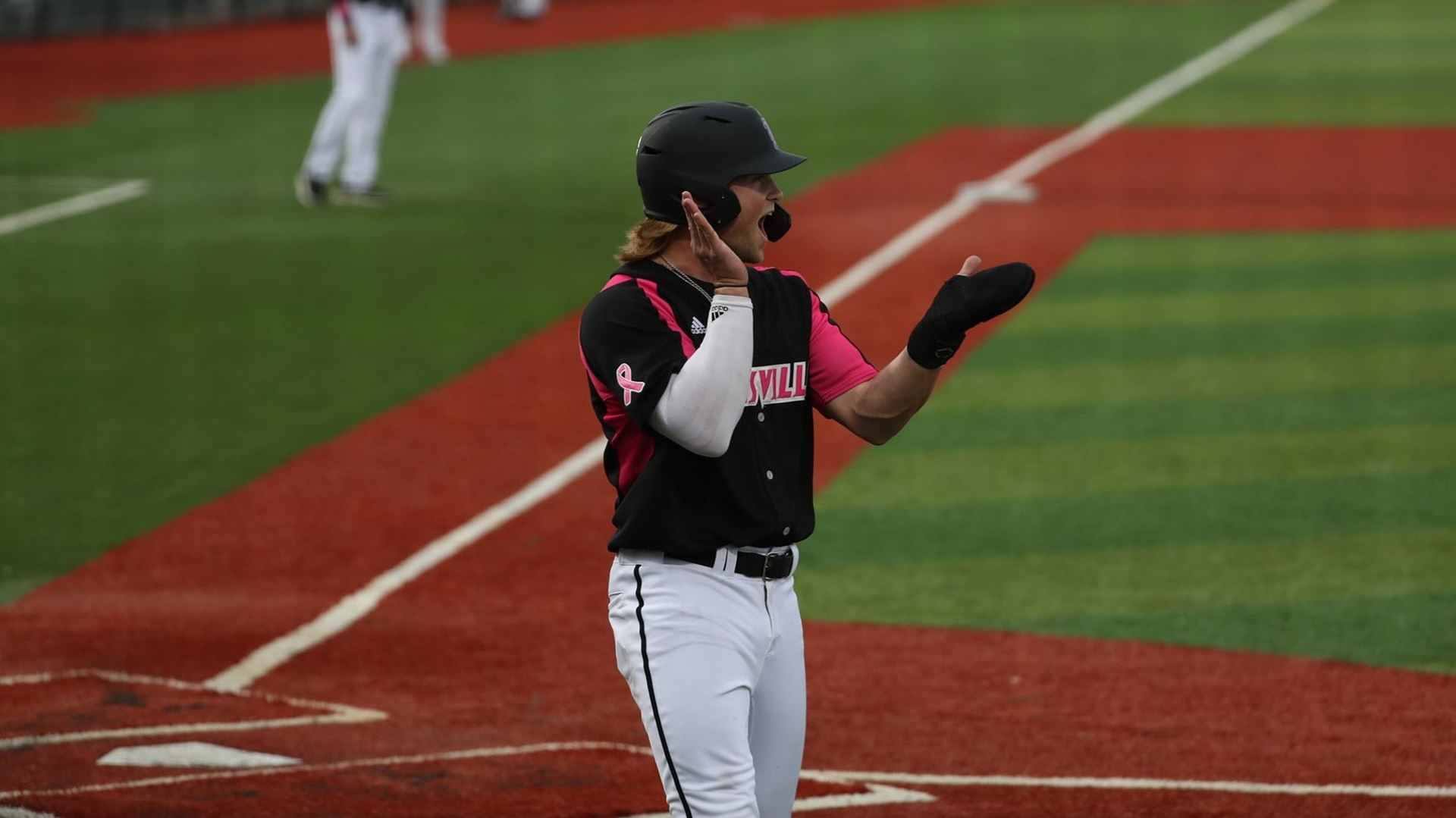 The Cardinals picked up a 13-6 win on Tuesday night at Jim Patterson Stadium.

The sixth-ranked University of Louisville baseball team matched its season high in runs in a 13-6 victory over Western Kentucky on Tuesday evening at Jim Patterson Stadium.

Louisville (15-5) scored 13 runs for the fourth time this season while pounding out a season-best 17 hits in Tuesday’s win.

Alex Binelas led the way with a 4-for-4 night, picking up two triples, driving in five and scoring three times. He is the first Louisville player with two triples in the same game since Ty Young had a pair on March 28, 2013 against Notre Dame.

Cooper Bowman, Luke Brown, Lucas Dunn and Ben Metzinger all had multi-hit nights at the plate as well. Henry Davis singled in his final at-bat of the night to extend his hitting streak to 22 games, the second-longest in program history.

Western Kentucky (10-10) jumped on the scoreboard first with a two-out, two-run home run in the opening inning.

The Cardinals responded with a run of their own in the bottom half, getting a one-out triple from Brown and a RBI groundout off the bat of Davis.

Louisville took the lead for the first time in the fourth with Dunn doubling into the corner to score Binelas, and Metzinger singling Dunn across to make it 3-2. The Hilltoppers quickly tied the game at three though, getting a solo homer in the fifth to knot it up.

The Cardinals regained the lead for good in the bottom of the fifth on Binelas’ two-run single, and the sophomore eventually came around to score thanks to a WKU throwing error. Bowman added a solo home run in the sixth, his fifth of the season, to stretch the margin to four, but the Hilltoppers had one more offensive push.

Western Kentucky plated three runs in the top of the seventh and had the tying run on third base before Kaleb Corbett induced a groundout to keep the Cardinals in front by a run.

Seamus Barrett (1-0) earned his first collegiate win, giving up a run in his one inning of work. Eight different pitchers stepped on the mound for the Cardinals in the victory.

Louisville heads back on the road this weekend for three games at Notre Dame. First pitch on Friday is scheduled for 4 p.m. ET.