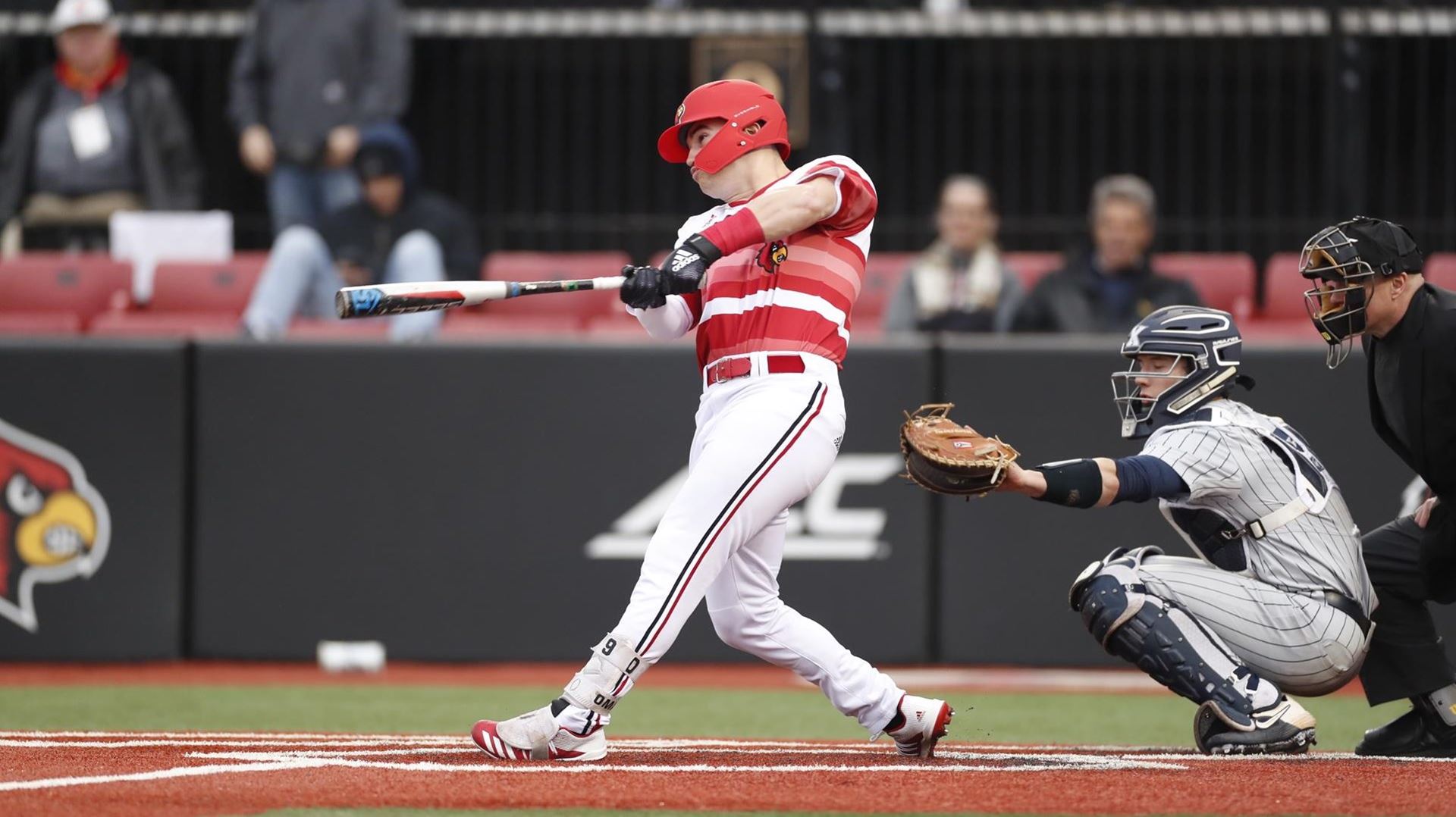 Louisville scored 16 runs for the third time in five games in the win.

The second-ranked University of Louisville baseball team shook off a tough loss and scored a 16-4 victory over Wake Forest in the series finale Sunday.

Louisville (11-4, 2-1 ACC) matched its season-high with 16 runs, a total it has hit in three of the last five games. The Cardinals have now won 39 of their 51 conference series since joining the ACC and are 42-8 in series finales. UofL is also 14-5 in rubber games of conference weekends as a member of the ACC.

Luke Smith (3-0) was the beneficiary of the offensive output, working 6.1 innings for the Cardinals on the way to his third win of the season. The senior allowed three runs, two of which scored after he exited the game, on five hits with five strikeouts. Glenn Albanese gave up one run while recording the final eight outs.

The Louisville offense got cranked up early on Sunday, with Justin Lavey delivering a clutch two-out, two-run single in the second inning. Zach Britton and Levi Usher each recorded run-scoring doubles one inning later to double the margin.

The Cardinals blew the game open in the fifth, plating seven runs. Britton and Usher had RBI knocks once again before Henry Davis rifled a line drive back through the middle to score two more. Jared Poland later capped off the inning with a two-run homer, his first of the season.

Davis got in on the long ball act in the seventh with his second of the year, and Andrew Benefield drove home a pair with a double up against the left field wall.

Lucas Dunn and Cameron Masterman rounded out the offense with RBIs in the final two innings.

All nine Louisville starters had at least one hit on the day, with 13 different players tallying a hit overall. Usher was 3-for-5 in the win with a pair of runs scored and two more driven in. Britton, Davis and Luke Brown each had multi-hit performances.