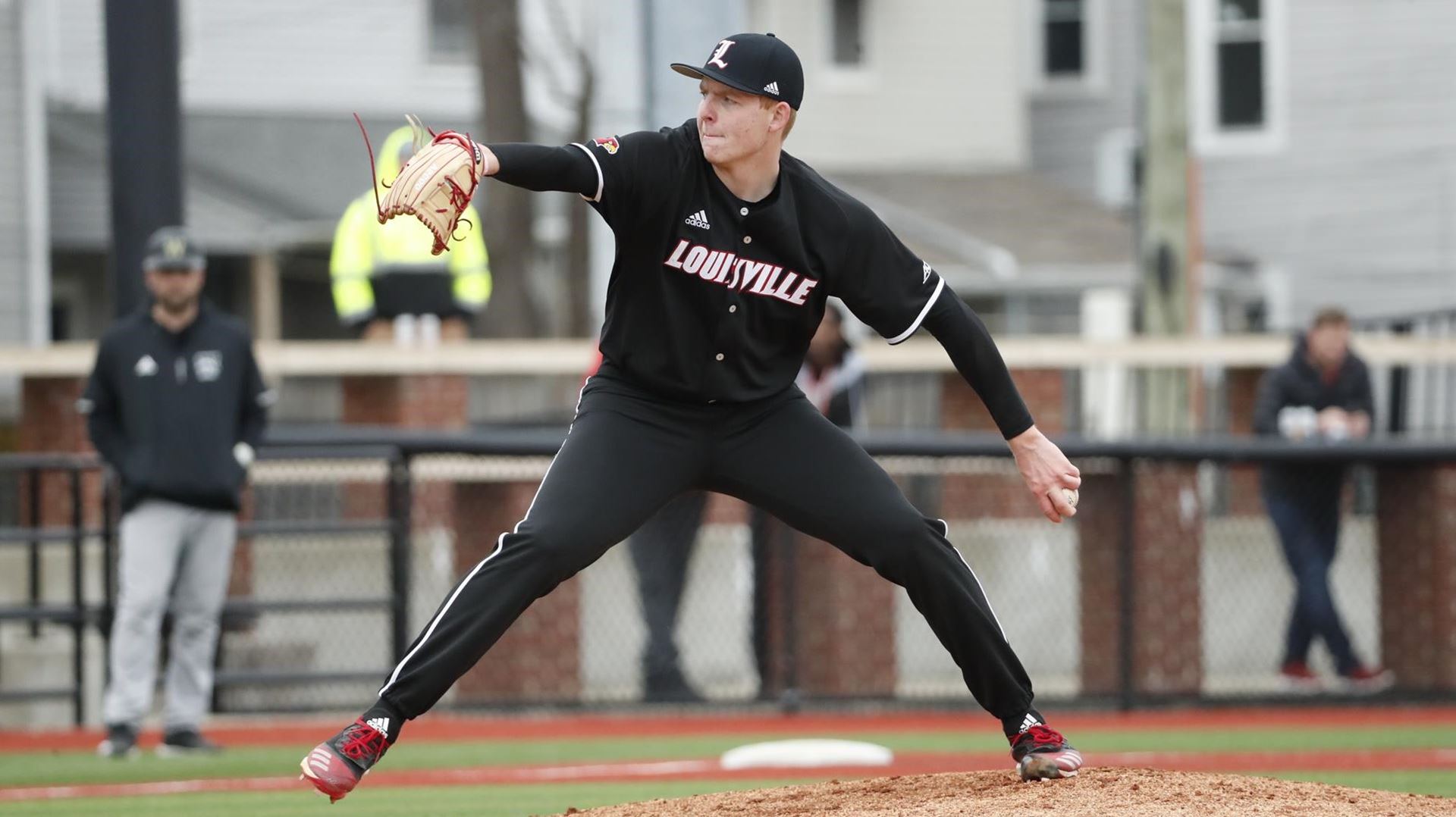 Louisville opened the three-game series with a 4-2 victory on Friday.

LOUISVILLE, Ky. – The second-ranked University of Louisville baseball team added to its winning streak with a 4-2 victory over Western Michigan on Friday at Jim Patterson Stadium.

Louisville (6-3) has now won five straight after getting off to a slow start to the season.

Reid Detmers allowed two runs while striking out 10, but left with the game tied at two and took a no-decision. Freshman Evan Webster entered to start the sixth and walked the first batter he faced. However, he retired the next nine batters he faced on his way to his first collegiate victory.

Michael Kirian worked another perfect ninth inning for his fifth save in as many opportunities.

Western Michigan (5-3) jumped on the board first Friday with a solo home run in the top of the first inning, but Detmers limited the damage to just one striking out a pair with the bases loaded.

The Cardinals tied the game up with an Andrew Benefield sacrifice fly in the second inning and moved in front on a sac fly off the bat of Justin Lavey two innings later.

WMU leveled the game with a run-scoring single in the fifth, but the Cardinals got right back in front in the sixth on Lavey’s second sacrifice fly of the day.

Louisville found some insurance in the eighth on Levi Usher’s RBI single doubling the lead and setting up Kirian to slam the door shut.

Usher was a perfect 3-for-3 at the plate in the win, reaching base in all four plate appearances and scoring twice.