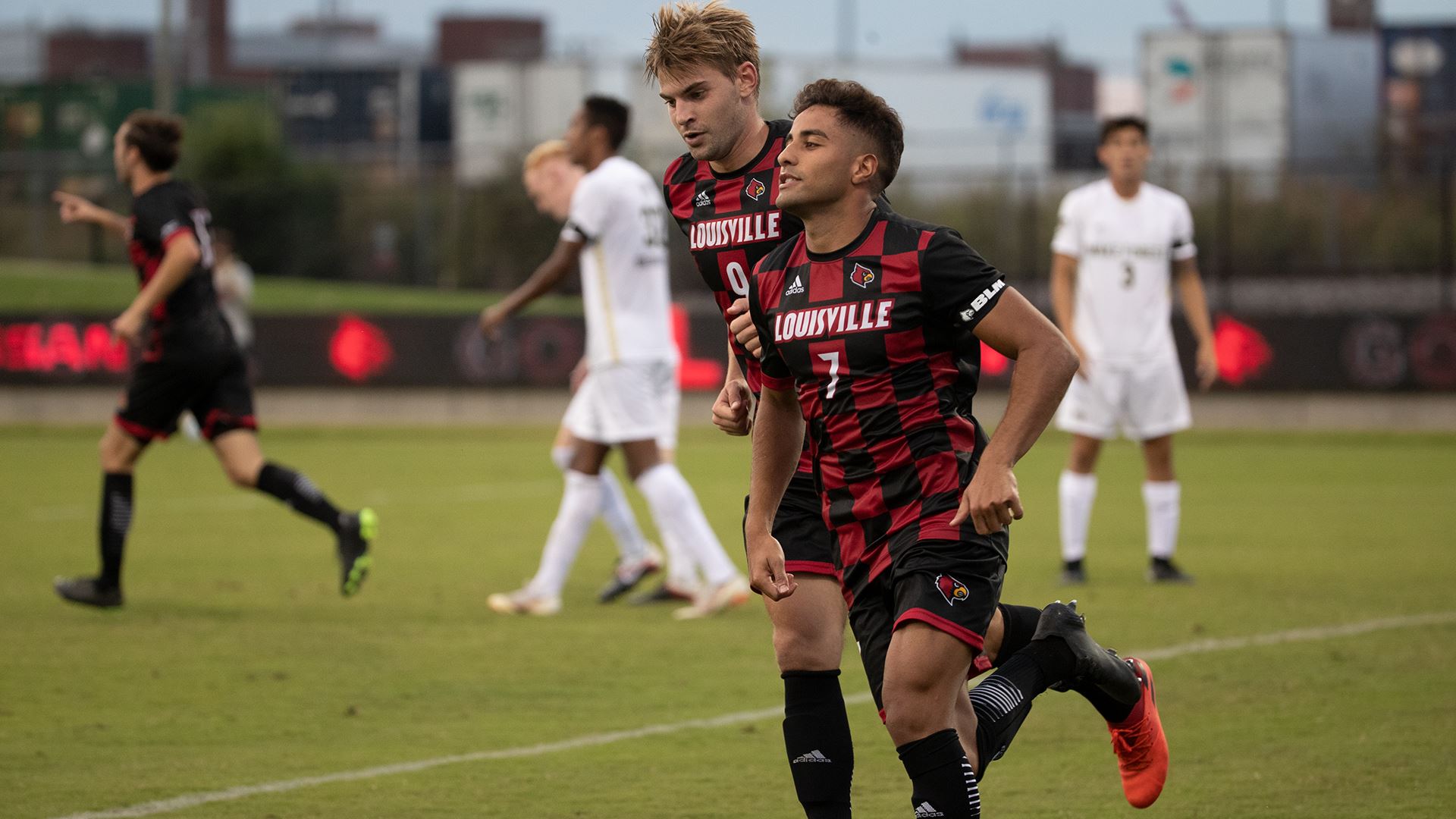 Opening up the regular season against the top-ranked team in the country, the University of Louisville men’s soccer team took a 3-1 loss to No. 1 Wake Forest on Friday evening at Dr. Mark & Cindy Lynn Stadium.

Wake Forest (1-0-0) put up a pair of goals in the first half, scoring in the fifth minute and again thirty minutes later.

Pedro Fonseca got the Cardinals on the board early in the second half, taking advantage of a set piece. Haji Abdikadir lofted a free kick into the center of the box and Fonseca was able to head it into the right side to cut the deficit in half.

Fonseca has now scored in three of the last four matches dating back to the 2019 season.

Wake Forest responded quickly though, drawing a foul inside the box four minutes later to set up a penalty kick that was converted to push the margin back out to two.

Louisville (0-1-0) had chances to get on the board later in the second half with Nico Diaz and Rafael Pinzon getting clean looks at the net. However, Diaz’s shot was saved and Pinzon had his attempt blocked by a defender.

Louisville will have a quick turnaround and head down the road to Lexington to take on in-state rival Kentucky on Monday night. Kickoff is scheduled for 7:30 p.m., ET.