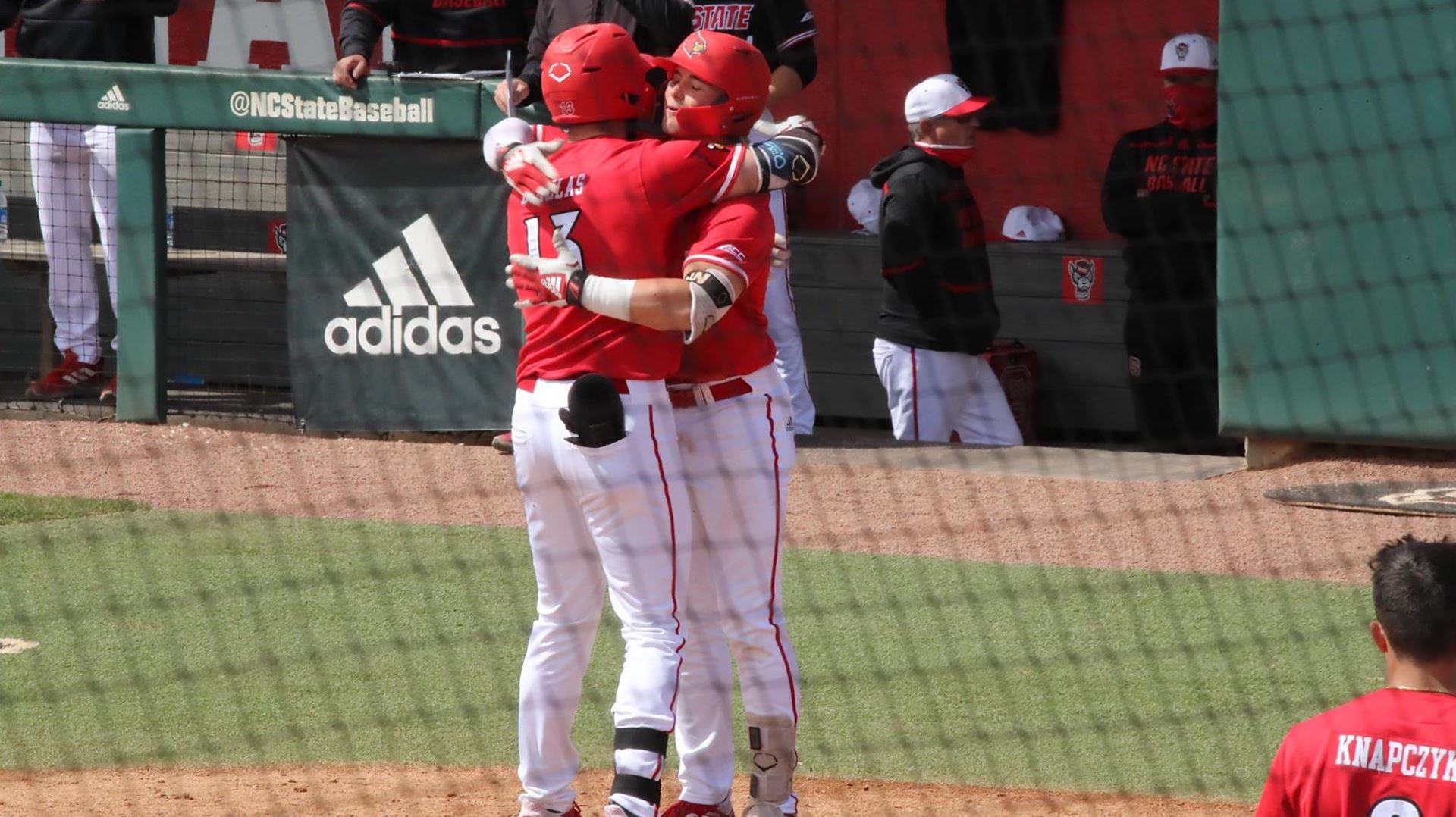 No. 5 Louisville defeated No. 17 Florida State 11-4 on Sunday at Jim Patterson Stadium.

Trailing by a pair of runs in the sixth inning, the fifth-ranked University of Louisville baseball team scored nine unanswered runs and picked up an 11-4 victory over No. 17 Florida State on Sunday afternoon at Jim Patterson Stadium.

Trey Leonard put the Cardinals on the board first Sunday, sending out his third home run of the season in the second inning. One inning later, Cooper Bowman came around to score on a defensive miscue to double up the advantage.

Florida State (16-12, 11-10) quickly tied the game up though with a two-run homer in the fourth and then took the lead with another two-run shot in the sixth.

Trailing 4-2, the Cardinals got the offense rolling in the bottom half of the inning. Alex Binelas led off with a hustle double and was immediately brought home on a single by Leonard. Two batters later, Dalton Rushing hammered a fastball to the wall in right that scored Leonard from first and tied the game at four. Chris Seng entered as a pinch-runner for Rushing and scored the go-ahead run later in the inning on a balk.

Evan Webster put together a perfect top half of the seventh to keep the Cardinals in front, and the offense handled the rest in the bottom of the frame.

In the seventh, Louisville sent 11 hitters to the plate against five different Florida State pitchers, picking up six hits and scoring six times. Binelas singled with the bases loaded to plate a pair of runs and Lucas Dunn did the same later in the inning. Christian Knapczyk put a run on the board with an infield single and a passed ball capped off the half inning that lasted more than 40 minutes.

Webster, Tate Kuehner and Alex Galvan combined for 3.2 innings of scoreless relief work out of the bullpen on Sunday to clinch the weekend series.

Leonard led the 13-hit attack with a 3-for-5 day at the plate. Binelas, Rushing and Luke Brown all had multi-hit games as well.

Louisville will take the field again next on Friday for the first of three at Virginia. First pitch is scheduled for 6 p.m. ET in Charlottesville.