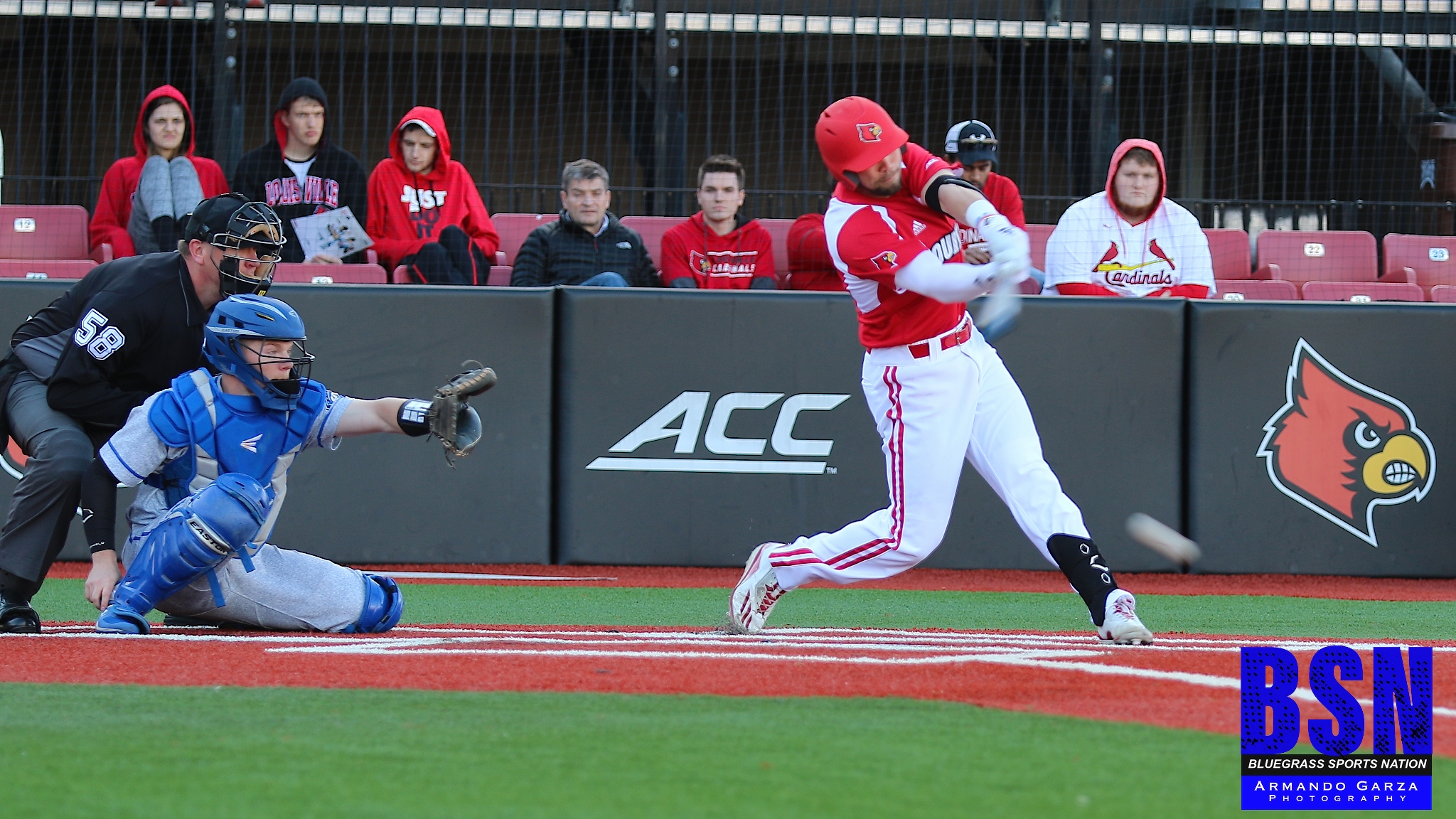 The Cardinals have scored 16 runs in consecutive games.

The second-ranked University of Louisville baseball team turned in another impressive offensive showing Tuesday, picking up a 16-3 victory over Morehead State at Jim Patterson Stadium.

Louisville (9-3) has now won eight in a row with the start of ACC play around the corner.

The Cardinals have scored 16 runs in each of the last two games, tallying a season-best 20 hits. Louisville has at least 15 hits in four of the last six games.

After Tate Kuehner put two scoreless innings on the board, the UofL offense exploded in the second. The Cardinals sent 14 hitters to the plate, getting nine hits and plating 10 runs.

Levi Usher started the frame with a solo home run to right, his second of the season. Henry Davis then lined his first of the year over the left field wall two pitches later to double the advantage.

Luke Brown, Zach Britton, Ben Bianco, Tim Borden II and Davis all drove in runs later in the inning, while Justin Lavey hit two doubles in the frame and drove in a pair on the second.

The Cardinals got rolling again in the fourth, with Ben Metzinger launching a two-run home run to left-centerfield. The next three batters reached and Bianco brought all three home with an opposite field double.

Cameron Masterman joined the offensive fun with his first long ball of the year in the seventh inning, going the other way for the final run of the day.

Thirteen different Cardinals had at least one hit on the day, led by a 3-for-3 effort from Britton. The junior reached in all six plate appearances and scored a pair of runs.

Kuehner (1-1) picked up his first collegiate victory, tossing three scoreless innings. Michael Prosecky followed with two scoreless of his own and Glenn Albanese and Carter Lohman each put a zero on the board. Adam Elliott struck out three in a scoreless ninth.