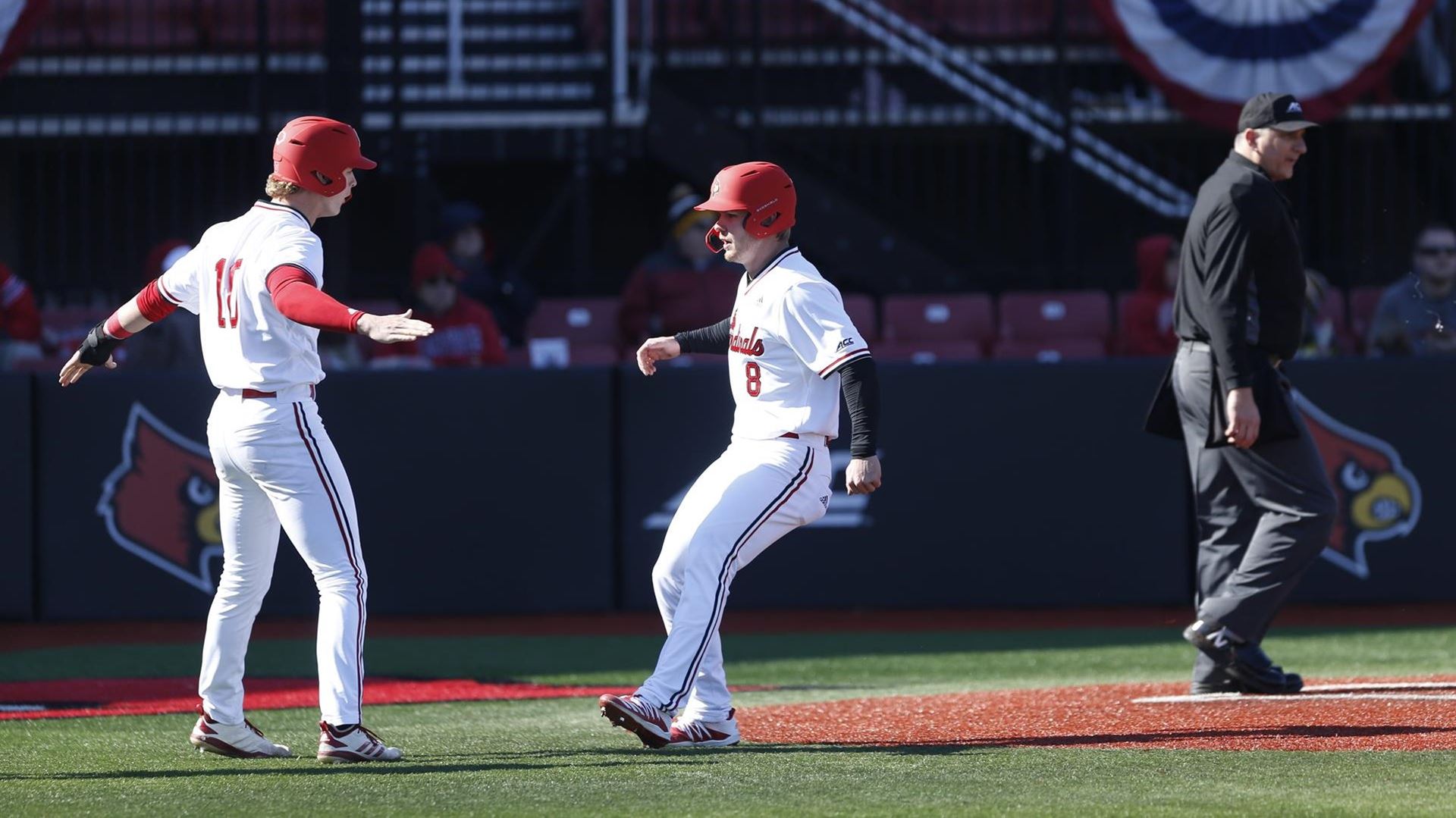 LOUISVILLE, Ky. – The top-ranked University of Louisville baseball team claimed its second consecutive victory over Valparaiso with a 6-1 win on Saturday at Jim Patterson Stadium.

Bobby Miller (1-0) limited the Crusaders to one run over six innings while striking out a career 12 batters. Adam Elliott struck out four in two scoreless innings and Michael Kirian locked down his third save of the year with the final two outs.

Valparaiso (1-4) took an early lead with a soft single falling into centerfield to plate the first run in the fourth inning.

The Cardinals responded in the fifth though, finally breaking through to take the lead for good. Justin Lavey hit the first pitch of the inning up against the left-centerfield wall for a leadoff triple and scored the tying run on a double for Tim Borden II.

Luke Brown then reached on a bunt single and stole second to give the Cardinals a pair of runners in scoring position. Ben Metzinger bounced a single back through the middle that plated both runners and UofL never looked back.

The Cardinals tacked on three more runs in the eighth, with a pair scoring thanks to a throwing error by the Crusaders and Borden adding his second run-scoring knock of the afternoon.

Brown and Borden had two hits apiece to lead the offensive effort on the day. Levi Usher also swiped four bases in the game, tying the Jim Patterson Stadium record and tying for the most by a Louisville player since at least 1999.