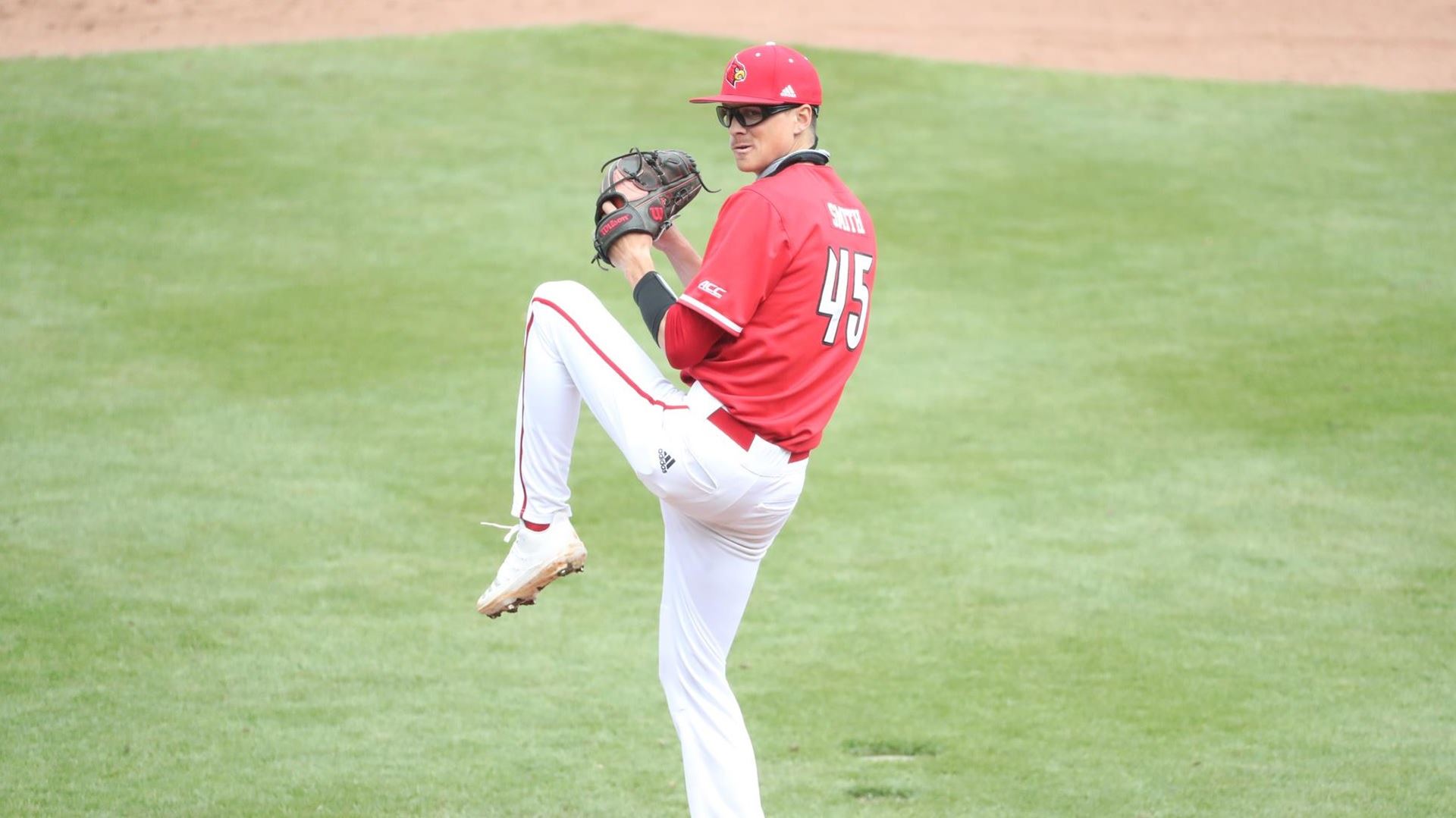 Louisville tallied an 8-2 win on Sunday in Charlottesville.

The second-ranked University of Louisville baseball team turned in an 8-2 victory on Sunday at Virginia to capture the weekend series.

After losing the opener on Friday night, the Cardinals rebounded with wins on Saturday and Sunday to remain percentage points in front in the ACC Atlantic Division.

Luke Smith (3-2) turned in a stellar outing on Sunday, shutting out the Cavaliers for seven innings before allowing a two-run homer in the eighth. The right-hander struck out six and scattered seven hits in the win.

As he did all weekend, Alex Binelas had things going at the plate. The sophomore homered for the third consecutive game as part of a 2-for-4 day, driving in two and scoring four times.

Binelas is the second Cardinal to homer in all three games of a weekend series this season, joining Cameron Masterman who did it against Bellarmine. Prior to this season, no Louisville player had done it since 2011.

Trey Leonard also left the yard on Sunday, hitting his fourth home run of the year. Leonard finished 2-for-5 with the homer, a triple, two RBIs and two runs. Lucas Dunn turned in a multi-hit effort at the plate as well.

Louisville (22-11, 14-6 ACC) broke through in the fourth inning of a scoreless game, with Binelas drawing a two-out walk and Dunn banging a double off the left-centerfield wall to score him from first.

After a quick inning from Smith, the Cardinals blew the game open with a five spot in the fifth. Levi Usher scored a run thanks to a throwing error from the outfield to start the scoring and Leonard’s two-run homer stretched the lead to 4-0. Binelas doubled down the right field line to score Henry Davis later in the frame and Binelas touched the plate on another throwing error to finish the inning.

Smith retired 14 straight between the second and sixth innings, allowing the offense to continue to pile on. Binelas did just that in the seventh, hitting a ball off the batter’s eye in centerfield for his third homer of the weekend and 10th of the season.

Louisville is back in action on Tuesday with a road trip to in-state rival Kentucky. First pitch is scheduled for 5 p.m. ET in Lexington.