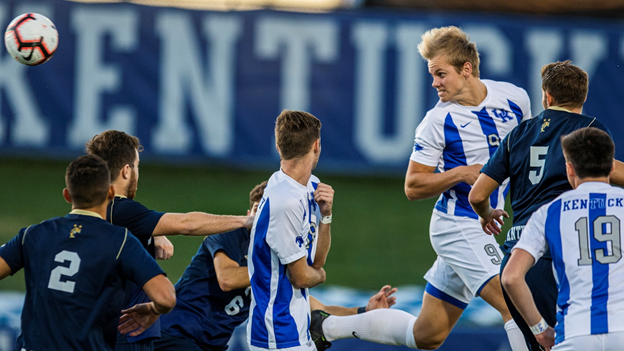 The Wildcats were the first team to get on the scoreboard when Daniel Evans netted his fourth goal of the season in the 26th minute. The sophomore forward rebounded Kalil ElMedkhar’s missed attempt off the right goal post and sent the ball past FIU goalkeeper Daniel Gagliardi to the lower-left corner of the net.

The Panthers’ Andrew Booth responded less than a minute later, scoring a goal of his own off a corner kick by Alban Rousselet. The two sides entered halftime in a 1-1 stalemate.

The match remained tied for the following 43 minutes, with Kentucky attempting eight shots in the period. However, FIU midfielder Mohamed Conde put the Cats away with a game winner in the 89th minute off the foot of Stephen Afrifa.