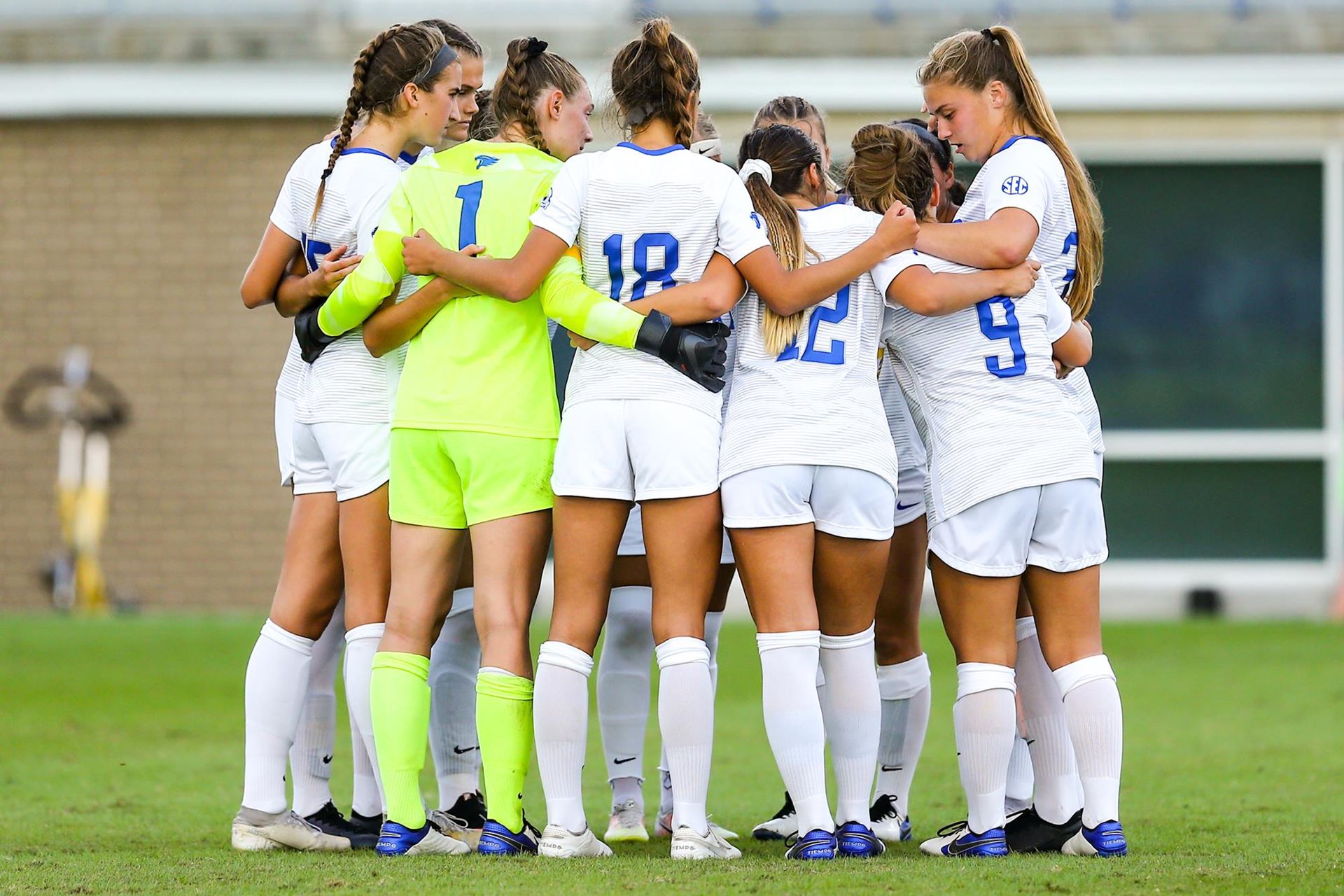 The University of Kentucky women’s soccer team lost its match to the defending conference champions on Sunday afternoon, dropping to South Carolina at the Eugene E. Stone Stadium III in a 1-0 decision. The Wildcats move to a 0-3-0 record in 2020, while the Gamecocks move to a 2-1-0 record.

Brooke Littman recorded six saves in the contest, for 24 saves on the season. In just three matches this season, her 24 saves are just four off from her season total in 2019 (28) and seven off from her career high (31). The redshirt senior goalkeeper allowed South Carolina one goal, a season best for Littman, after a miscue in the 52nd minute when Barry Catherine launched a shot low and center, giving the Gamecocks a 1-0 advantage.

Just five minute later, Maria Olsen had a chance to equalize the contest in the 57th minute, taking a penalty kick after a foul on Chang Lauren. The freshman from Denmark sent the shot high and left, but it flew above the crossbar.

Hannah Richardson made her first appearance of the season, going in the game in the 25th minute and logging 55 minutes during the contest. Paired with co-attacker Jordyn Rhodes for the first time in more than a year, the sophomore lofted two of UK’s seven shots in the game. Olsen added two shots, while Rhodes, Julia Grosso and Úlfa Úlfarsdóttir took one apiece.

Six Wildcats logged 90 minutes against the Gamecocks, including Littman, Grosso, Úlfarsdóttir, Marie Olesen, Peyton Rimko and Caroline Trout. Of that group, Littman, Trout and Úlfarsdóttir haven’t missed a minute of action all season.

The Kentucky women’s soccer team will return home next Sunday, Oct. 11, to host Georgia in a noon ET match at the Wendell and Vickie Bell Soccer Complex. The game will be featured on the SEC Network+, with Dave Baker and Payton Atkins on the call.