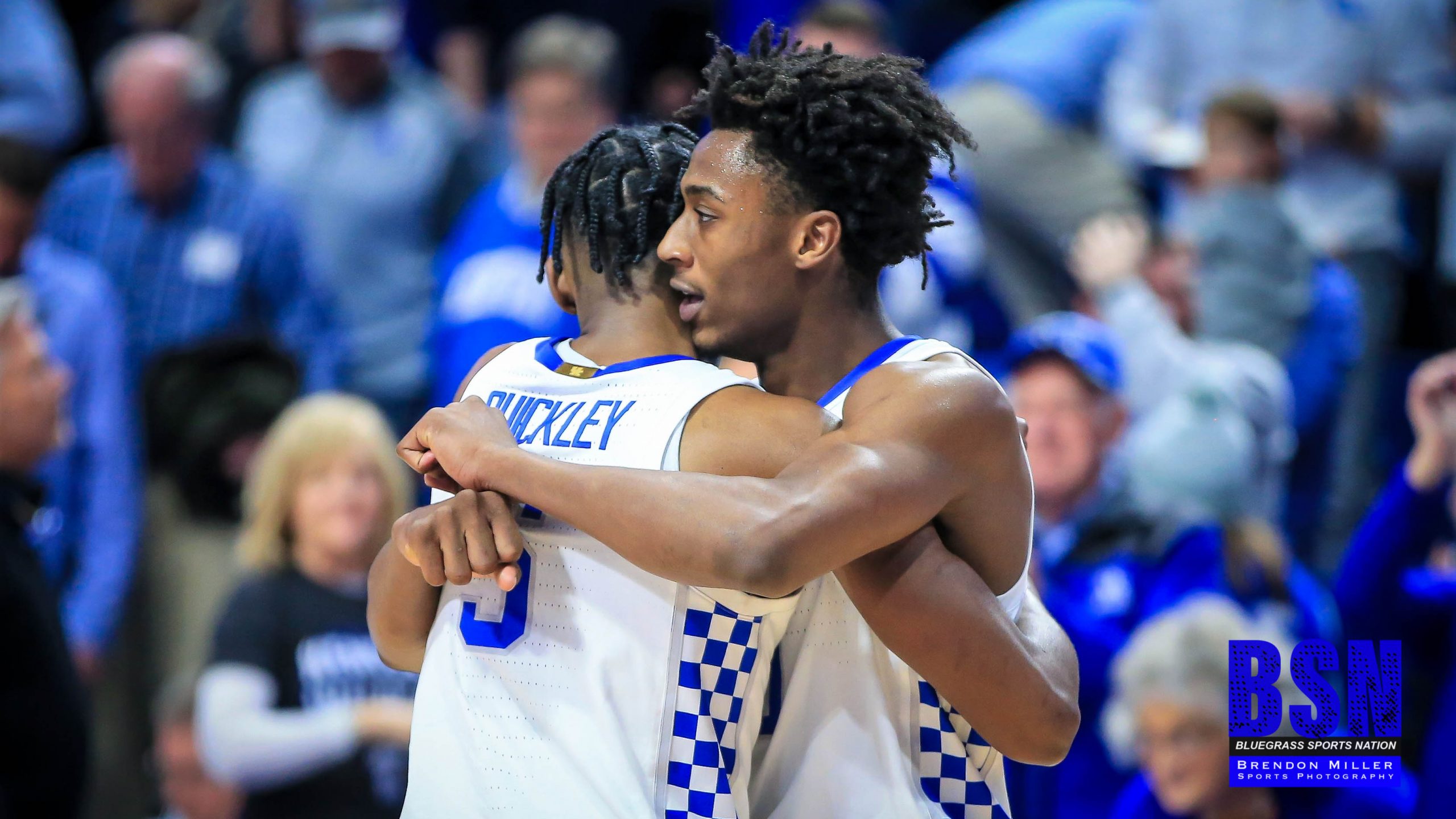 The No. 8 Wildcats (24-5, 14-2) ended a rare two-game losing streak to Auburn with a 73-66 victory, securing a top seed and a double-bye for the league tournament that begins March 11 in Nashville. Kentucky has won eight in a row and 16 of its last 18 games and back-to-back losses to Utah and Ohio State at Las Vegas in December have long been forgotten.

“We’ve been working hard all season and a lot of people doubted us but we believed in ourselves,” Kentucky guard Immanuel Quickley said. “(We) stayed true through the process and we got a (win ) to become regular-season champs.”

Although winning the conference is a big deal, coach John Calipari said overall improvement figures into the equation.

“It’s not so much winning our league, as you guys know, or winning our league tournament,” he said. “It is what are we learning and preparing so when we walk into March, we’re ready like our teams historically have been.”

Quickley led four players in double figures with 18 points but came up big at the free-throw line and on the glass. Quickley made all 11 of his free throws and pulled down a career-high 12 rebounds, all on the defensive end, limiting Auburn’s second-chance opportunities.

Quickley and Tyrese Maxey combined for 35 points, while Ashton Hagans added four points, but dished out five assists and collected three steals while turning it over only once. Quickley has led Kentucky in scoring five straight games.

Although Pearl is convinced, Kentucky’s 67-64 loss to Evansville three games into the season prevented the Wildcats from making an impression on most NCAA Tournament bracket specialists, who hold the loss to the Aces’  on Nov. 12 over Kentucky’s lead.

Although the Tigers (24-5, 11-5) have struggled down the stretch, Pearl’s squad remains in the mix for a double-bye in the conference tournament. Pearl was pleased with his team’s performance will be pulling for Kentucky in the postseason as long as the two teams don’t meet again.

Pearl added the Wildcats are “undervalued” and doesn’t think the setback to Evansville should take away from Kentucky’s recent accomplishments.

“I love them,” Pearl said. “I really like Kentucky’s team. I really like their coach. They did an amazing job. … I’ll tell you right now if we don’t play them again, I am touring for them. I am rooting for them to go a long way.”

As he has found out over the past two years, Calipari knows Auburn has the potential to make some noise in the postseason.

Pearl, who coached bordering University of Southern Indiana to a Division II National Championship in 1995, knows the importance of basketball in the Bluegrass state.

“Basketball matters here in the state of Kentucky,” Pearl said.

It mattered then and it means even more now.

Keith Taylor is sports editor for Kentucky Today. Reach him at [email protected] or twitter @keithtaylor21.