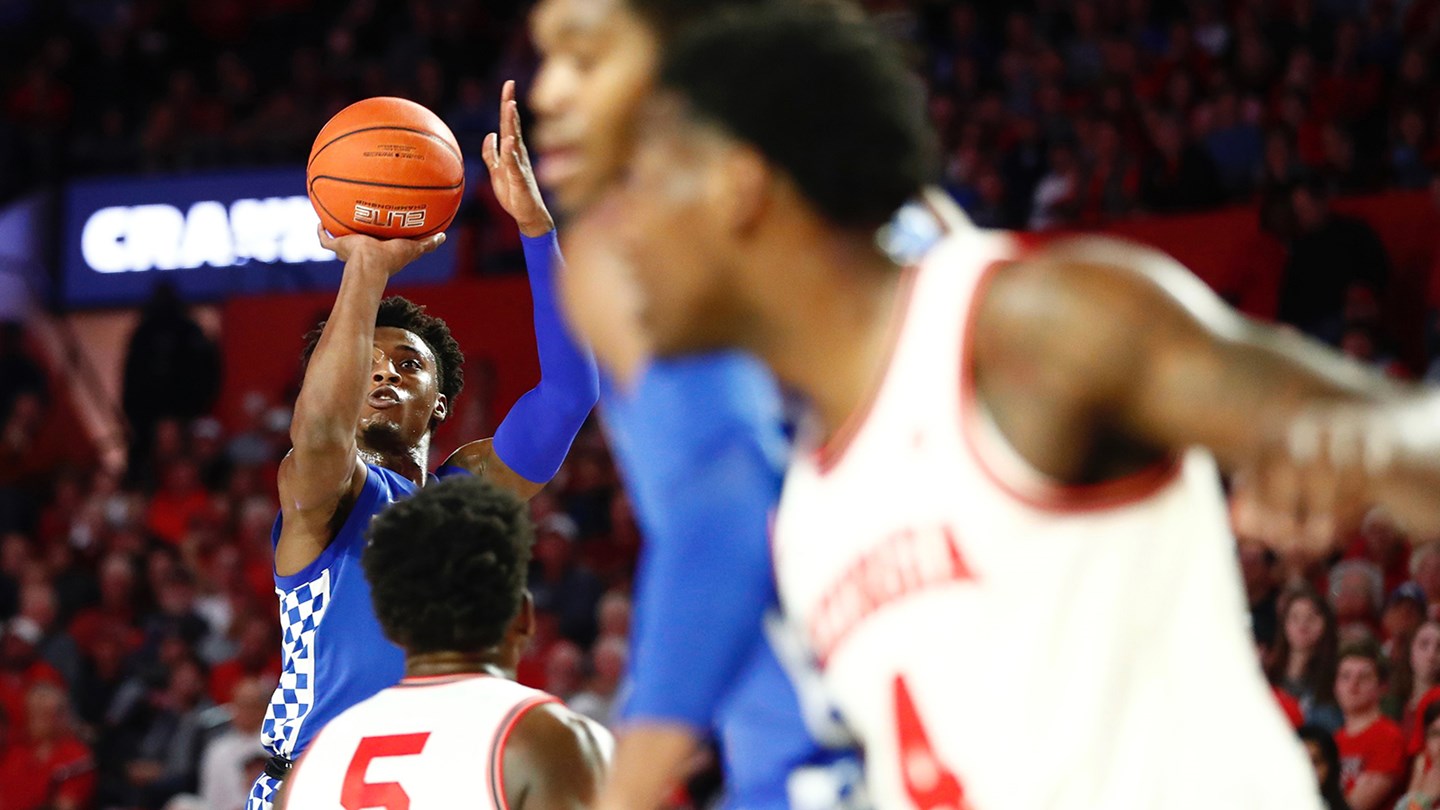 UK is 255-42 vs. unranked competition under Calipari.

Historically, the Cats have had great success against Georgia. Kentucky leads the series against the Bulldogs 128-26 and have been victorious in the past 13 meetings.

Kentucky’s first lead in the second half came with 8:09 to play off a 3-pointer from Immanuel Quickley. Georgia was not able to regain the lead and the Cats would leave the Peach State with a nine-point victory.

Player Notes:
Despite playing through foul trouble for most of the night, Nick Richards continued his dominant play with 17 points on 8-of-11 shooting from the floor while also recording seven rebounds.

Ashton Hagans, a Georgia native, tallied 13 points on 4-of-12 shooting from the floor and 1-of-4 shooting from 3-point range. Hagans tallied five assists against the Bulldogs and has now recorded at least five assists in 11 straight games.

Hagans played tremendous defense once again as he started off the night with a beautiful steal and closed the night with a tremendous play against Georgia’s Anthony Edwards. With one minute to go in the game, Edwards was driving towards the rim. Hagans stripped the ball from Edwards and it went out-of-bounds off of Edwards’ leg.

At that point in the game, UK had a six-point lead. On the ensuing possession, it was a pass from Hagans to Richards that gave the Cats an eight-point lead and essentially put the game away for good.

Tyrese Maxey played well, tallying 17 points on 7-of-15 shooting from the floor. Maxey played a well-rounded game as he also recorded a steal, four of UK’s six blocks, seven rebounds, and eight assists.

Immanuel Quickley came off the bench and accounted for 15 points while shooting 5-of-10 from the floor and a perfect 3-of-3 from 3-point range.

Analysis:
Ultimately, Kentucky took care of business in a tough road environment against one of the nation’s best players which is a positive sign for BBN. Not only did UK get the victory, but the Cats did so while shooting just 10-of-20 from the free-throw line, well below their season average. However, they did balance out the poor free throw shooting with a 6-of-12 performance from 3-point range.

The Cats won the rebounding battle 41-35 and are now 10-0 this season when out-rebounding the opposition. Nick Richards, E.J. Montgomery, Nate Sestina, and Tyrese Maxey led the team with seven rebounds each.

What’s Next?
Kentucky’s next game is on Jan. 11 against Alabama, inside Rupp Arena. The game will start at noon and air on ESPN.