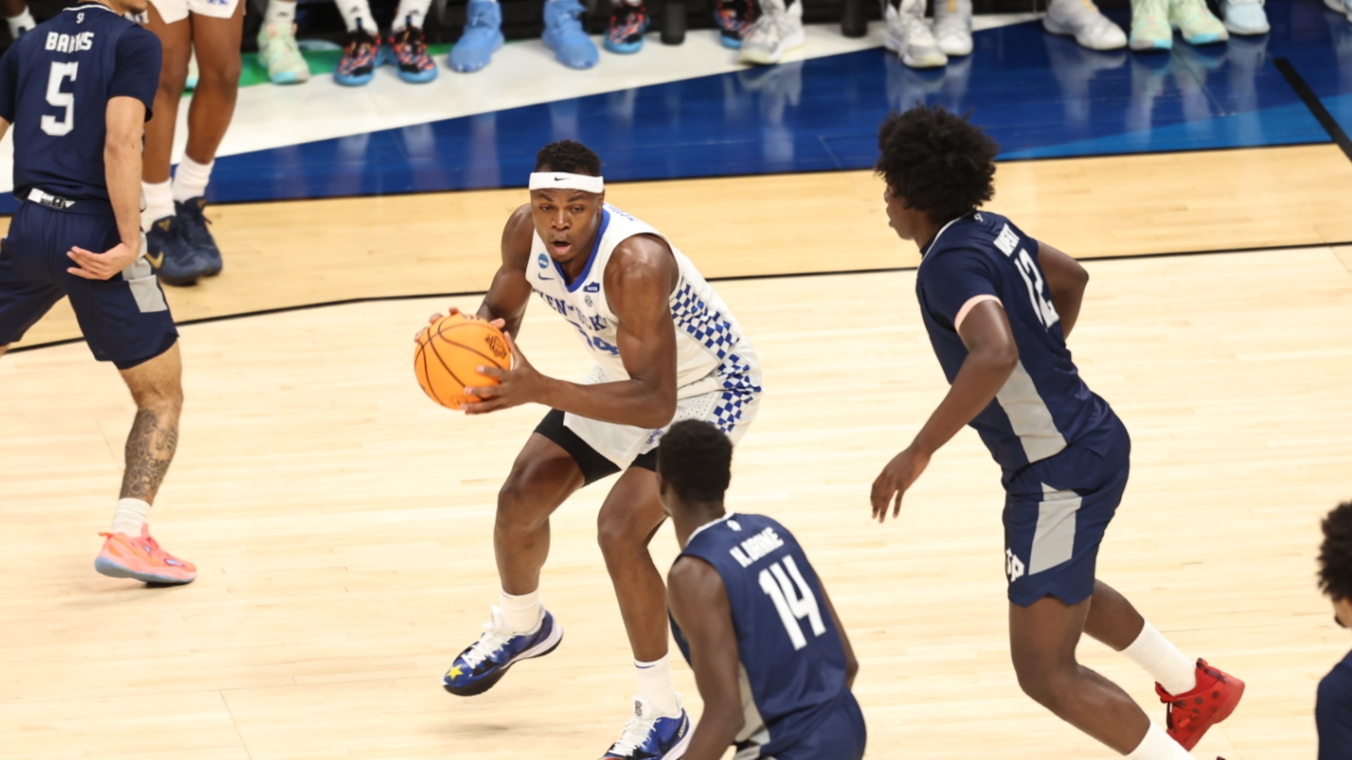 Kentucky’s season is now finished as Kentucky falls 85-79 in Overtime to the Saint Peter’s Peacocks. Kentucky made history being the only 10th # seed ever to fall in the opening round of the NCAA Tournament to a fifteen seed. Prior to today’s game The Big Blue Nation invaded Indianapolis in droves and fans where excited for the CATS to return to the NCAA men’s Tournament. Unfortunately, the outcome was not what the Big Blue Nation expected will return to a very Blue Kentucky. Kentucky had chances to put the game on ice in regulation with an eight-point lead late in regulation. Kentucky who has been a great three-point shooting team all seasons shot a disappointing 26% from behind the ARC, and with twelve missed free throws compared to only three missed Free throws by Saint Peters was also a determing factor in the outcome of the game. Oscar Tshiebwe had another stellar game finishing the game with thirty points and sixteen rebounds but was not enough to overcome the hot shooting Peacock team.

Entering Today’s contest against the Saint Peter’s Peacocks Kentucky was an eighteen-point favorite. The First half was not Kentucky’s best performance of the season as Kentucky and Saint Peter’s were tied at 37 at intermission/ Kentucky shot an abysmal twenty nine percent from behind the arc, while Saint Peter’s shot fifty- six percent from behind the arc. Saint Peters was led in scoring by Daryl Banks who finished the half with sixteen points and was a perfect 4-4 from behind the arc. The Bright spot for Kentucky was the play of Tshiebwe who posted twelve points and six rebounds during the first half. Jacob Toppin caught a lob dunk from Sahvir Wheeler and brought the Big Blue Nation to its feet was also a bright spot for the CATS in the first half and finished the half with eight points.

In the second half Kentucky opened the half with an eight to three run as Tshiebwe was dominant in the post and took advantage of the mismatch inside. Saint Peter’s responded with a ten to five run and the game was tied at 50 with 9:50 remaining in the half. The teams trade basket the next few minutes and the madness was real inside the arena, as opposing fans tired to root on the underdog and the Big Blue Nation Urged the CATS to finish strong. With the game tied at 60, Kentucky appeared to finally pull away from the Peacocks going on an eight to two run and led Saint Peter is 68-62 with only four minutes and twelve seconds remaining in the game. Big Blue Nation was loud and the most excited I have seen Gainbridge Fieldhouse this weekend and that includes the two previous games prior to this matchup. The Peacocks scored the next seven points and had the momentum going into the final minutes of regulation. Kellan Grady Gave the CATS a two-point lead with a made three-point basket from the top of the key, but Saint Peters scored on a layup tying the game at 71 and sending the game to overtime.

In Overtime Kentucky regained the momentum early with UK finding Tshiebwe in the post and scored the next four points. Saint Peter’s finished the game on a fourteen to four run and put the game out of reach, Shocking the world and defeated Kentucky 85-79 to advance to round of thirty- two in the NCAA Tournament.

Now that Kentucky’s season is over and finish the season with an overall record of twenty- six wins and eight losses. The Program is expected to lose several key members from this year’s team including fifth year Transfer Graduate Kellan Grady and Sixth year Senior Davion Mintz are officially done. Oscar Tshiebwe faces a huge decision on either returning to Kentucky for another year or riding his raising draft stock and declare for the Upcoming NBA Draft. Ty Ty Washington will also have a difficult decision to make regarding the same scenario. A lot of uncertainty in the Big Blue Nation as this team was fun to watch and was on the verge of completing a great season with an expected Final Four run, but the upset of the 2022 NCAA tournament will tarnish the legacy of this year’s team.