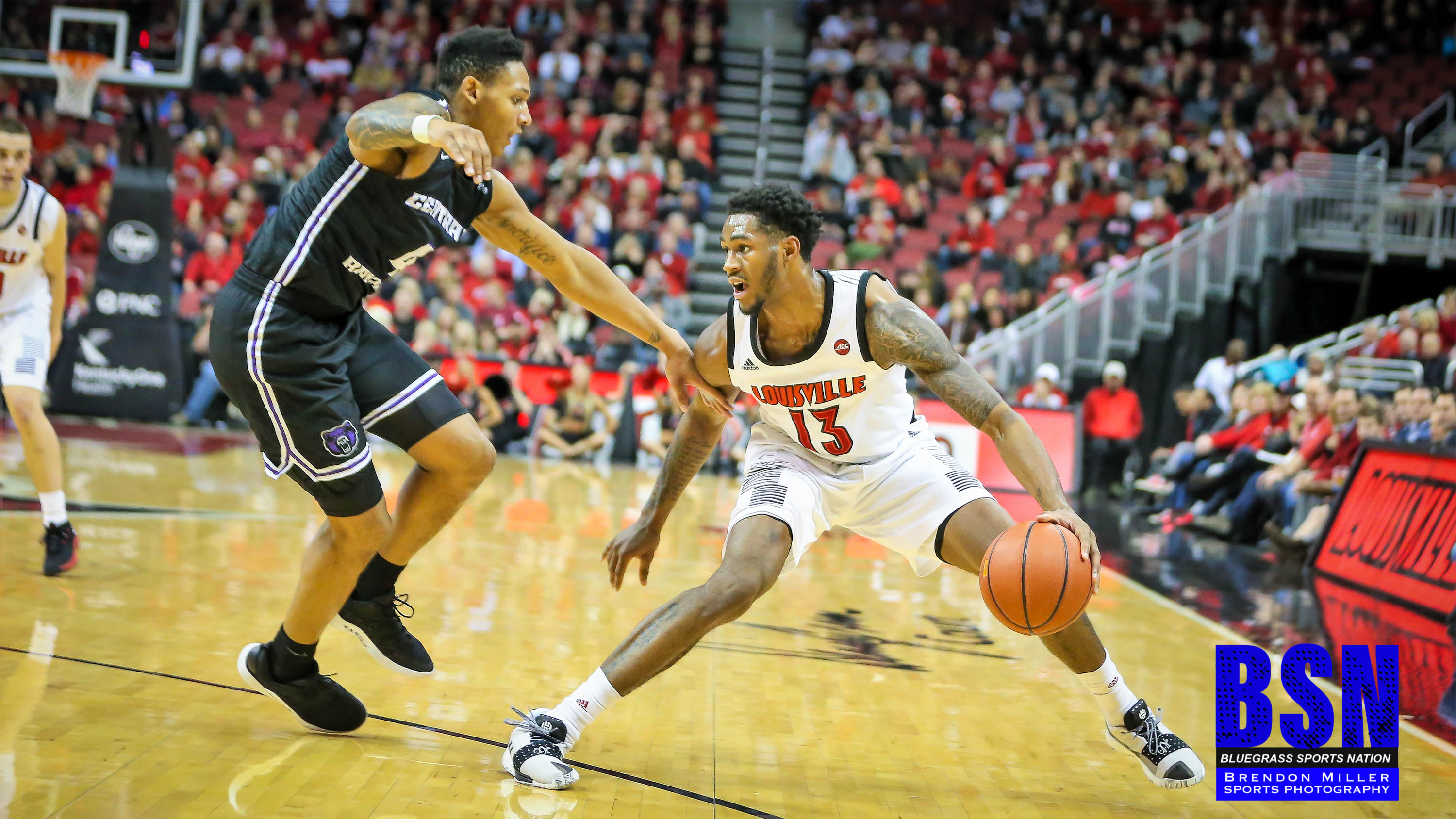 The Louisville Cardinals returned to the KFC Yum! Center looking to make it three wins in a row. Standing in their way were the Bears of Central Arkansas. The Bears come in from the Southland Conference with a record of 3-4 on the season, with all 4 of those losses coming away from home. The Card’s come into tonight’s matchup with a record of 5-2 overall with both losses coming at neutral site matchups.

From the tip the Card’s set the tone on both ends of the floor with their relentlessness at attacking the rim offensively while their size and length gave Central Arkansas fits. The offensive tone was set by Steven Enoch who started the game by scoring the first 10 points for the Cardinals. With their superior size and athleticism the Card’s were also able to dominate the glass in the first half. With their strong overall play to start the game, Louisville was able to jump out to a 22-11 lead on a Dwayne Sutton drive and jam at the 10:54 mark. Chris Mack’s squad would not look back from there closing out the half with a 52-23 lead.

The second half proved to be much of the same as the Cardinals controlled the tempo on offense and continued to shut down the Bears with their length and athleticism. Louisville continued the trend offensively by looking to go inside early and often. This strategy proved just as effective as it did in the first half as the Cardinals slowly but surely stretched out the lead over the course of the second half. It wasn’t all one dimensional for the Card’s offensively though, as they would take an outside shot if open and in rhythm. The hot hand tonight from outside was Jordan Nwora who was perfect from beyond the arc, shooting 4-4. All these factors saw Louisville cruise to an easy 86-41 victory.

On top of his hot shooting night, Nwora put together another great all-around performance to lead the Cardinals in scoring, tallying 21 points to go along with 5 rebounds and 3 assists. After his hot start in the first half, Steven Enoch finished with 16 points on top of game-high 9 rebounds. Former Cordia High School guard Christen Cunningham led the Cardinals with 5 assists.
With the win the Card’s improve to 6-2 on the season and are playing at a high level. They will need to continue their spectacular play if they want to increase the win streak to 4, as they travel to Bloomington to take on Romeo Langford and the 7-2 Indiana Hoosiers.