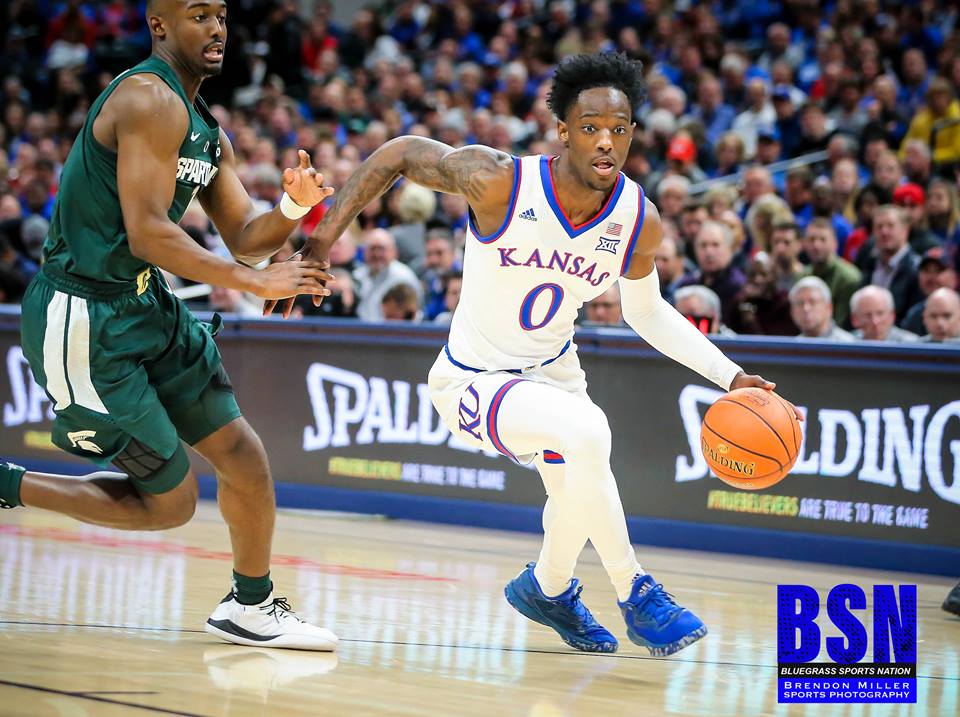 Indianapolis, Indiana- College Basketball is officially back!  In the opening games of the 2018-2019 NCAA college Basketball season, the sports world turns its attention to the Banker’s Life Field house in Indianapolis, Indiana.  The Champions Classic is being held tonight in an event with four top ten ranked teams, all capable of making a deep run during March Madness.  The Kansas Jayhawks are the #1 ranked team in the country in both polls, AP and Coaches Polls.  Following closely in the rankings the Kentucky Wildcats at #2.  Duke ranked #4, and Coach Tom Izzo’s Michigan State Spartans come into the preseason ranked @ #10 AP Poll.  Kansas is set to open the season battling the Michigan State Spartans in the opening game of the season, thus kicking off the College Basketball season.  Kentucky will battle the Duke Blue devils in the night cap of the champions classic.

History of the Event

As the Champions Classic enters its 8th season, tonight’s contests are some of the most anticipated events in the history of the event. Kentucky and Duke are tied in first place of the classic with a 4-3 record.  Kansas and Michigan State are also tied with 3-4 records.

The game tips off with Kansas getting the ball.  The excitement of College Basketball Is upon us.   Michigan State stops Kansas from scoring on the first possession, Kansas events the score on the next possession as the Jayhawks feed the post to big man Udoka Azubuike.  Kansas is the # 1 team in the country and after viewing the team for the first possessions the Jayhawks are legit.  The Jayhawks continuously build on the lead with a strong post game, good three- point shooting and being a defensive juggernaut. The Jayhawks steadily build on the lead, as Michigan State doesn’t have an answer to counter the runs.  By the end of the first half the Jayhawks develop a comfortable seventeen-point lead with 3:21 remaining in the half.  Michigan State closes the gap to fourteen points at the end of the first half.  Kansas 50- Michigan State 36.  Quentin Grimes and Udoka Azubuike lead the Jayhawks in scoring at the half with 11 points from Grimes, shooting 3-4 from the ARC, and ten points and flirting with a double double.  Michigan State is led in scoring by Kenny Goins who has contributed with 9 points and seven rebounds.

Kansas continues the hot shooting as the lead grows in the second half.  Udoka Azubuike size, strength and agility really bothered Coach Izzo’s Michigan State Team.  In the closing minutes Michigan State starts to have success cutting the margin to six points in the closing minutes of the game.  Michigan State relies on playmakers who can score the ball from behind the arc.  Michigan Starts to force the Jayhawks to commit turnover’s, allowing the Spartans to start the comeback.    The atmosphere is insane with fans of both fan bases shouting to the top of their lungs, trying to cheer the teams on.    Michigan State cuts the Jayhawk lead to three points with 20 seconds remaining in the game. The game has the feel of March madness and the final four.  In the end Kansas holds off a late rally from the Michigan State Spartans to defeating the Spartans 92-87.