College Basketball – Kentucky Starts to Click in a 90-44 Victory 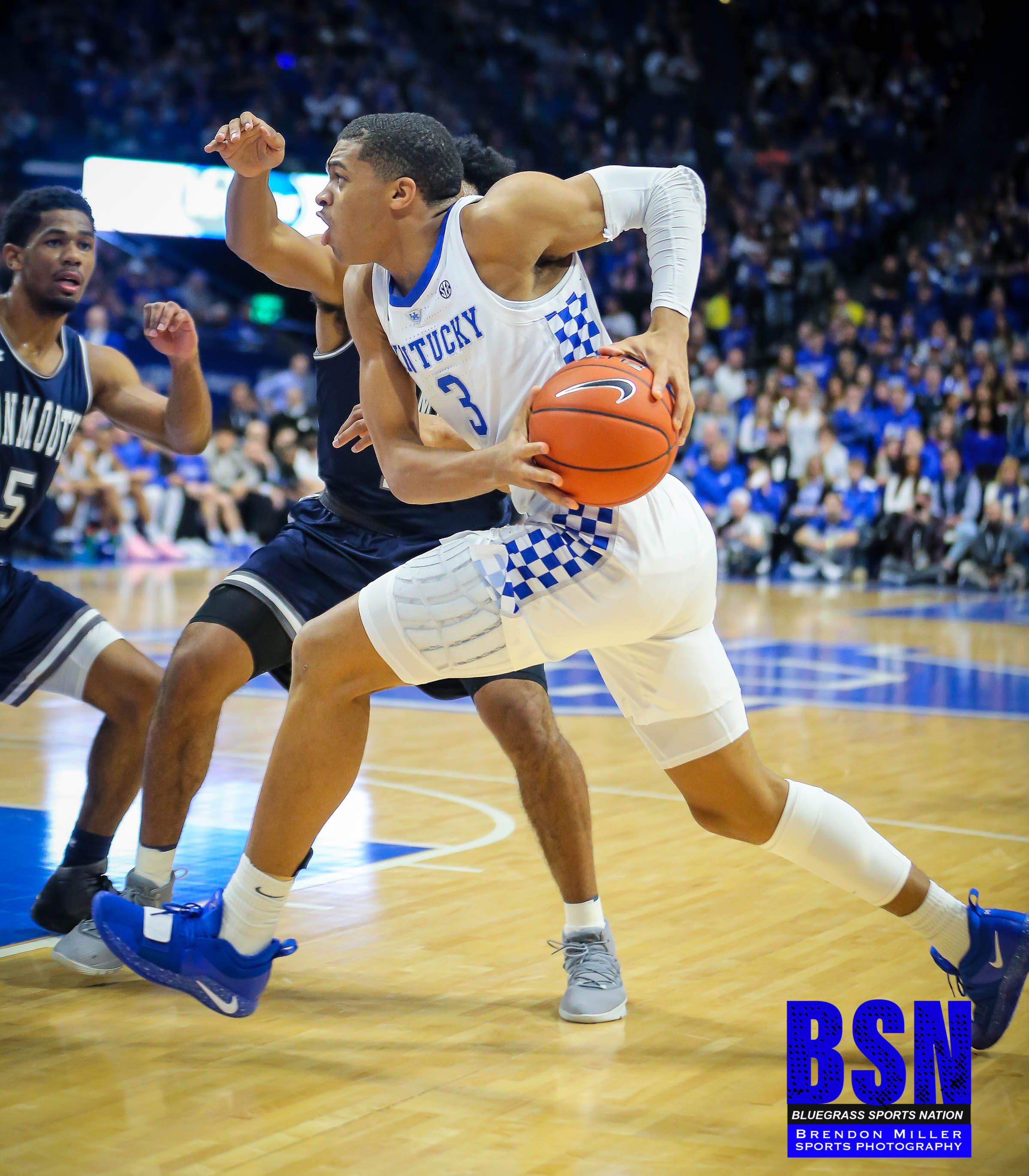 Keldon Johnson with the drive – Photo by Brendon Miller – BSN

On the final game in November, the Kentucky Wildcats hosted the Monmouth Hawks in their second only meeting between the teams. The Wildcats were looking to pick up their sixth straight win since getting embarrassed by Duke in the season opener. The Hawks have lost their first seven to give them a record of 0-7. Unfortunately for Monmouth the streak grew to eight in a row as Kentucky won 90-44.

The Wildcats played the best half of the year scoring 44 while holding Monmouth to 22. The Cats were propelled with two great runs. The first was an 11-0 run over 1:41 and the second came later in the half and was a back breaking 17-2 run that lasted 6:34. Tyler Herro was the first half scoring leader with 12, the rebounding leader with 4, and the steals leader with 4.

The defensive intensity continued throughout the second half causing Monmouth to shoot 28% for the game. At one point in the second half Kentucky’s defense didn’t allow the Hawk’s to make a field goal for seven and half minutes.

The better defense allowed Kentucky better offensive production. They shot 56% for the game and had 18 fast break points. Tyler Herro led all scorers with 16, but Quade Green was equally impressive tonight hitting 4 of his 7 three pointers.

Monmouth may not be an opponent that you brag about beating by 46 points, but this is the first game since the Bahamas that Kentucky looked good for forty minutes. Hopefully the great play will continue into Saturday when the play UNC Greensboro at 1PM on Saturday on ESPN2.