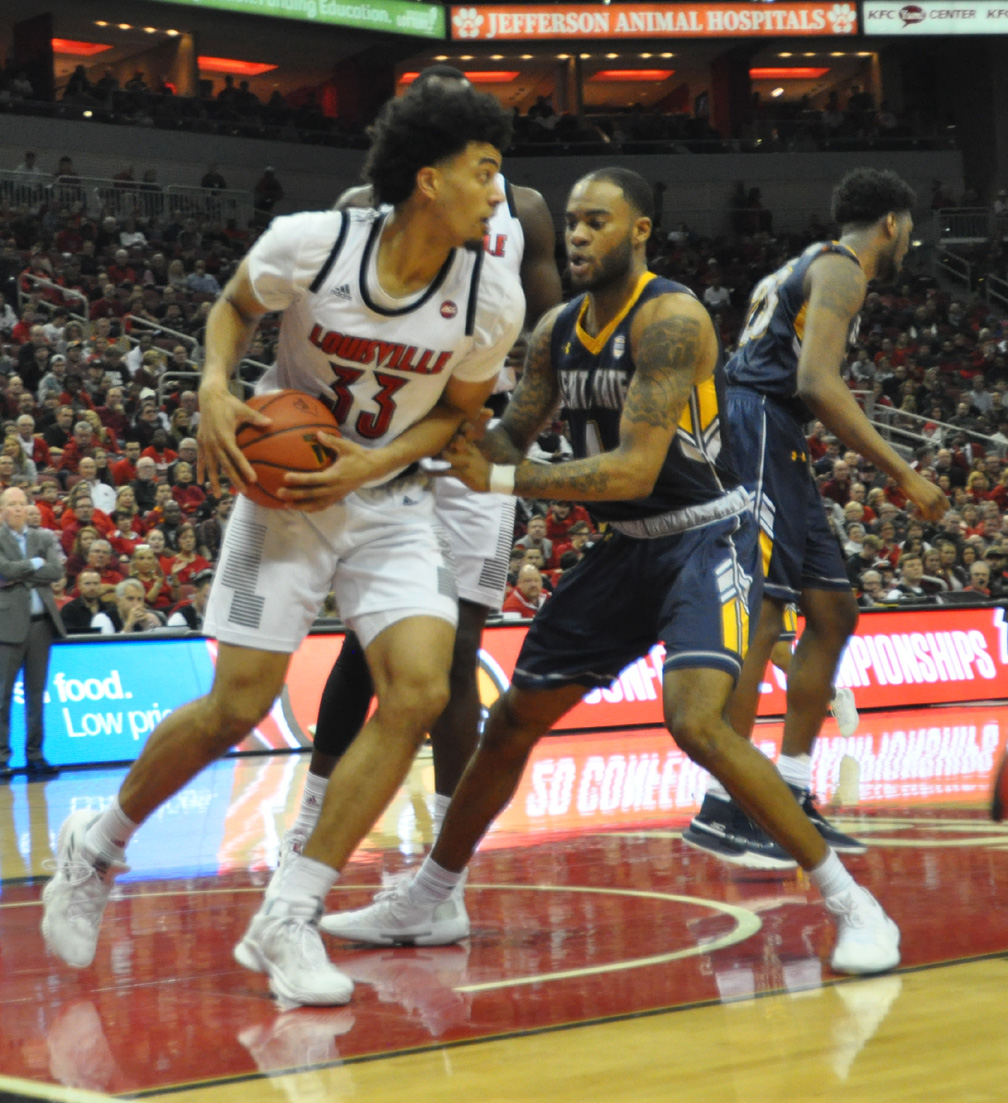 The Louisville Cardinals look to add another win on the season as they host the Kent State Flashes at the KFC YUM! Center. The Card’s will look to keep their perfect home record intact but the task may prove to be difficult as Kent State comes in to today’s matchup with an overall record of 8-1 and are led by senior guard Jalen Avery who comes in leading the flashes in points and assists. The Flashes come in winners of their past six and are challenging Buffalo for the top spot in the MAC conference.

The Cardinals looked to start the game off running by scoring on a nice cut and slam by Dwayne Sutton on the first possession of the game. Avery of Kent State would respond on the next possession with a contested three point basket. From the start of the game it was apparent that U of L had the obvious size advantage and would look to exploit that on both ends of the floor. Although Kent State would have to rely on the outside shot early it was paying dividends for them as they started the game 4-5 from downtown. The early parts of the first half would be dominated by turnovers and long possessions by both teams as neither could seem to gain any sustained rhythm on offense. The Card’s would end up finding their offensive poise to end the half though as they would go into halftime with a 45-28 lead.

The second half started with Louisville in full attack mode and looking to put away the Flashes with their aggressive defense and potent offense. It was evident that this bothered Kent State as they played very sloppy the first few minutes after the half. When it was time for the first media timeout the Louisville lead had grown to 24. With their backs against the wall Kent State once again turned to the three point shot to keep the game from becoming a blowout. Despite their best efforts it stayed about a 20 point game for the remainder of the game until Jaylin Walker put on a shooting performance to make the home crowd nervous for a short time. His heroics made the final score more close than it probably should have been as the Cardinals won the game by a score of 83-70.

With the win the Cardinals move to 8-3 on the season and are playing at a high level at the right time as they prepare for their rivalry game with Kentucky and ACC conference play. This was possibly the best overall offensive performance for the Cardinals on the season as four players scored in double figures. The Cardinals were led by an unlikely source in this outing as Christen Cunningham scored 17 points to go along with 4 assists. When asked about the variety in the scoresheet tonight Cardinal Head Coach Chris Mack said “the go-to guy for us, is the guy that’s open”. Malik Williams came off the bench and built off his breakout performance against Lipscomb with a 13 point and 5 rebound outing. The Cardinals were hot on offense tonight as they shot 50% from the field and 51% from three point range. Louisville will look to take the next few days off to rest and prepare for Robert Morris at the YUM! Center next Friday.