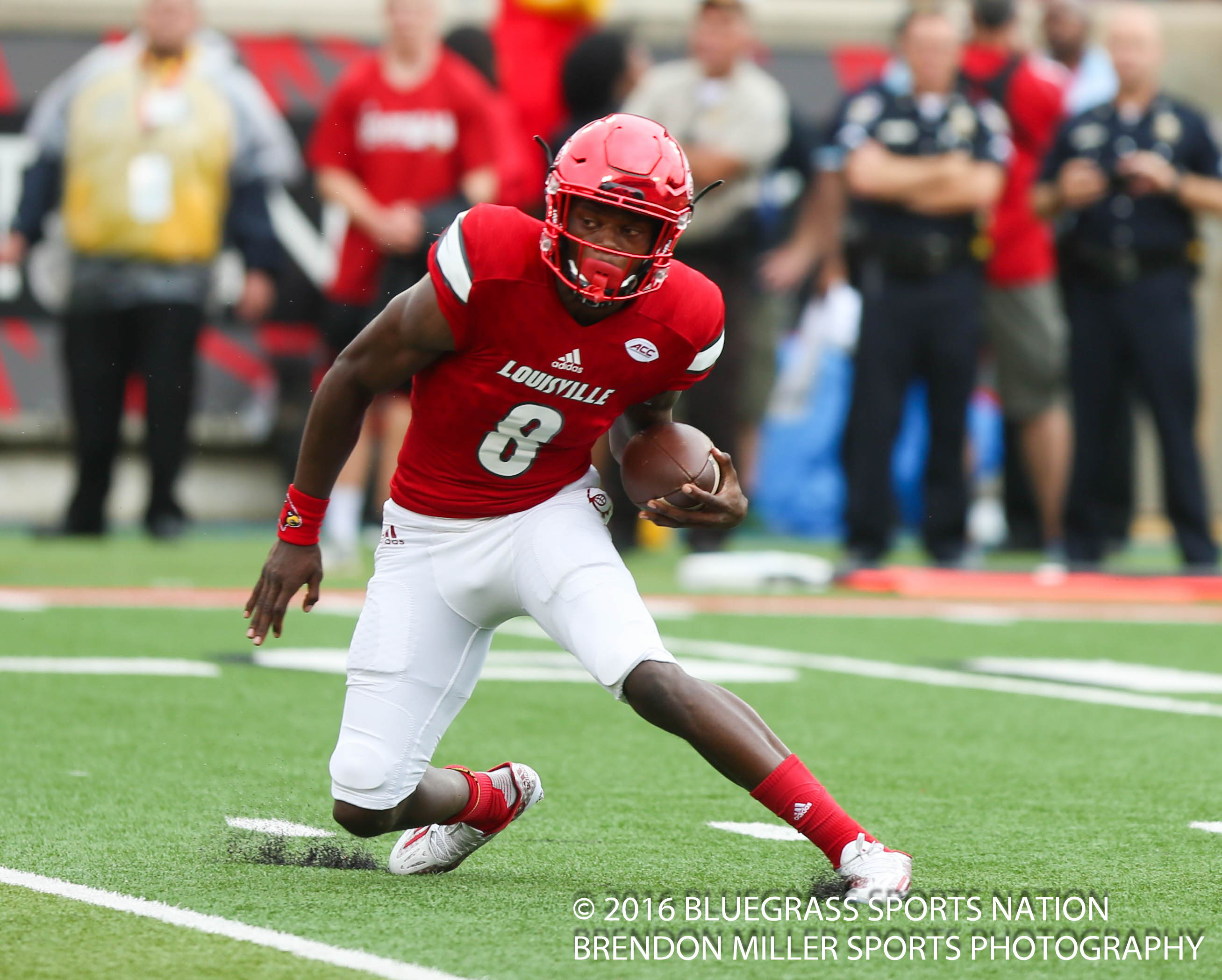 Lamar Jackson keeps adding to his Heisman Trophy resume.  Jackson made it look easy against Boston College by throwing for four touchdowns and running for another three.  He completed 12 of 17 passes for 231 yards.  He carried the ball 15 times for 185 yards.  It was just another day at the office for Jackson.

It took only three plays for Jackson to get into the end zone as he ran 69 yards for his first score.  He then found James Quick for a 30 yard touchdown on U of L’s second drive.  On Louisville’s final drive of the first quarter he found Jaylen Smith for a 44 yard touchdown pass to put the Cardinals up 21 – 0.  Louisville would push the score up to 38 – 0 at halftime.

For obvious reasons much has been said and written about Louisville’s offense this season.  However, one must not forget about how good this U of L defense is.  They once again showed just how good they are as they never let the Boston College offense get anything going.

Just how good was Louisville’s nationally tenth ranked defense?  It held the Eagles to 207 yards of total offense and only nine first downs.

The only drama on the day was the status of Jackson towards the end of the second quarter.  He went to the bench for the last two possessions of the half for what coach Bobby Petrino called forearm cramps.

The forearm cramps must have not bothered Jackson too much as he ran for two more scores in the third quarter to put the finishing touch on another fantastic performance.

Louisville improved to 8 – 1 on the season while Boston College fell to 4 – 5.  Next up for the Cardinals will be Wake Forest.  The Demon Deacons travel to Papa John’s Cardinal Stadium for a rare Saturday night game for U of L.  Game time is set for 7:00.