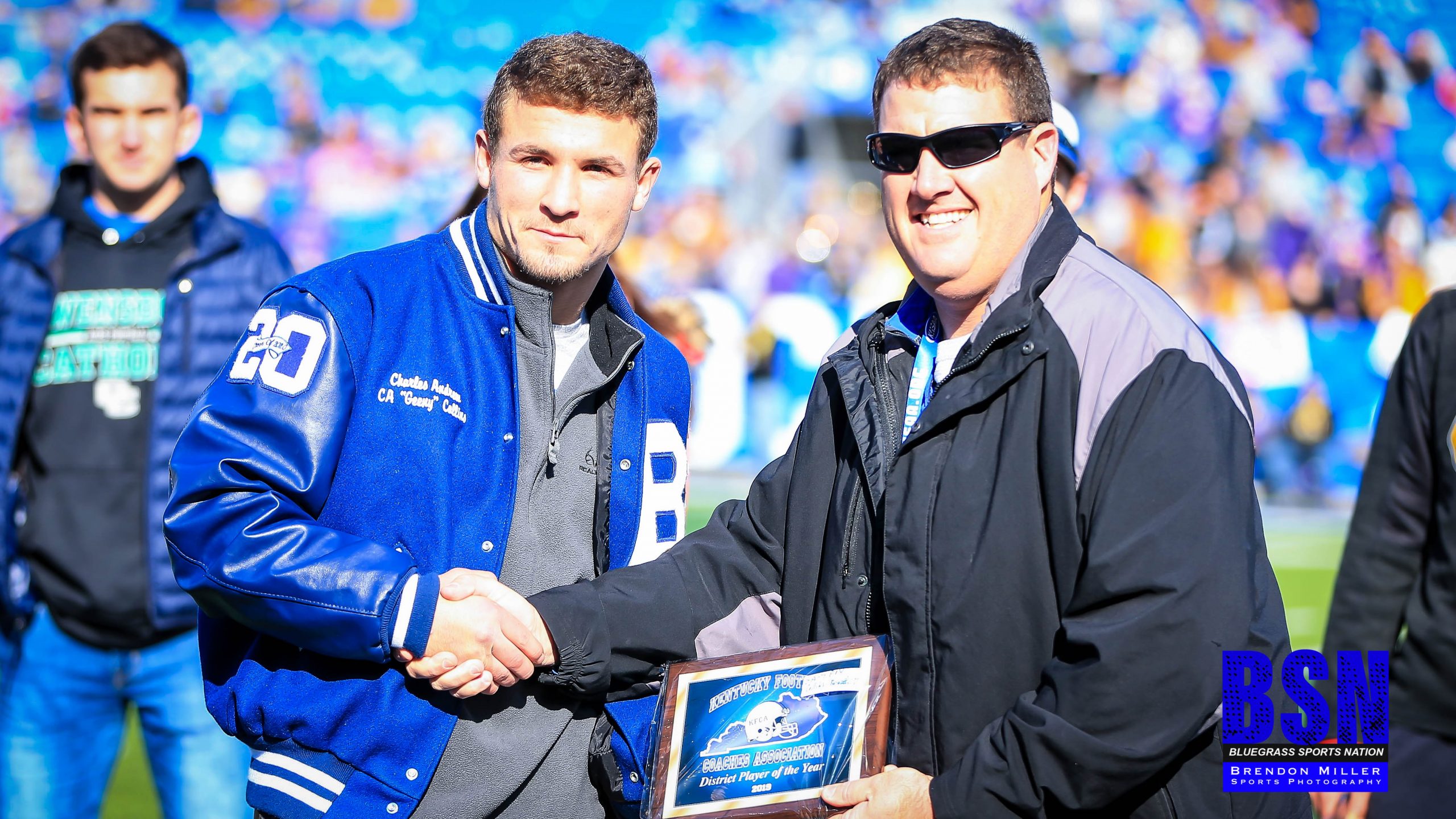 Collins had a spectacular senior season at Breathitt!! Geeny rushed for 1914 on 137 attempts for 36 touchdowns on the ground. That is a gaudy average 13.6 yards a carry and 133.1 yards a game. Geeny caught 4 passes for 81 yards and 2 touchdowns, and threw 1 time for a 25 yard touchdown. Keep in mind that the foregoing stats were achieved in basically 75 percent of a season due to Breathitt playing 12 of 14 games to a running clock (2 for entire game, and many beginning in 1st half).

Congratulations Geeny and and BSN wishes you the absolute best in the future!!