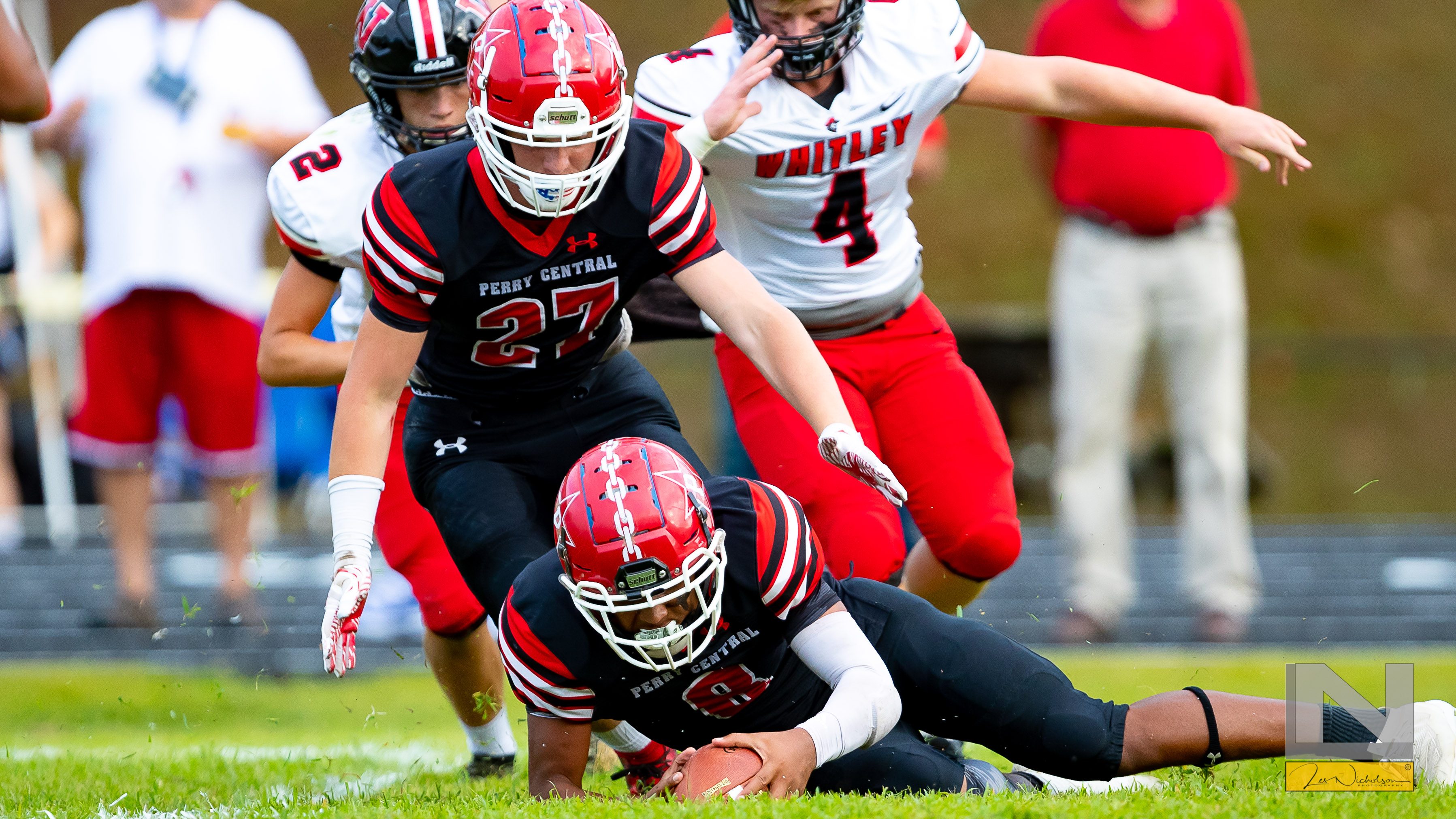 Turnovers hit both teams early in the game, with Whitley County turning the ball over on a fumble deep in Perry Central territory in the first quarter. The Commodores could not make the Colonels pay, turning it over on an interception from a tipped pass a few plays later. The Colonels would punch in a short touchdown run.

The Commodores fired back with a deep drive into Whitley County territory. That drive ended with a fumble in the red zone. The Colonels would punch in another one before halftime, extending the lead to 14-0.

Whitley County was sure and steady in the second half, stretching out the lead to 33-0 before Perry Central could reach pay dirt late in the fourth quarter. A 42-yard pass play from Chanse McKenzie to Cameron Fugate got the Commodores on the board. That was the second 40+ yard connection of the contest for the pair. Fugate had more than 100 yards receiving on the night, a career-high for the senior. They would fight until the end, recovering the ensuing kick and trying to get it into the endzone again, but they turned it over on downs and Whitley ran out the clock with 33-6 on the scoreboard.

For the Colonels, Seth Mills was 17-21 for 145 yards, a touchdown and an interception. Woody Lawson had a big game on the ground with 103 yards and 2 touchdowns on 11 carries. Caleb Irwin hauled in 8 catches for 68 yards.

For the Commodores, Chanse McKenzie was 10-20 for 124 yards. He threw one touchdown and one interception. Cameron Fugate had 5 catches for 113 yards and a TD. Mason Rice rushed the ball 15 times for 64 yards.

Whitley County has next Friday off before they host Bell County September 20. The Commodores travel to Pike Central next week to try and pick up their first win of the season. The Commodores’ home opener is September 20 versus North Laurel.