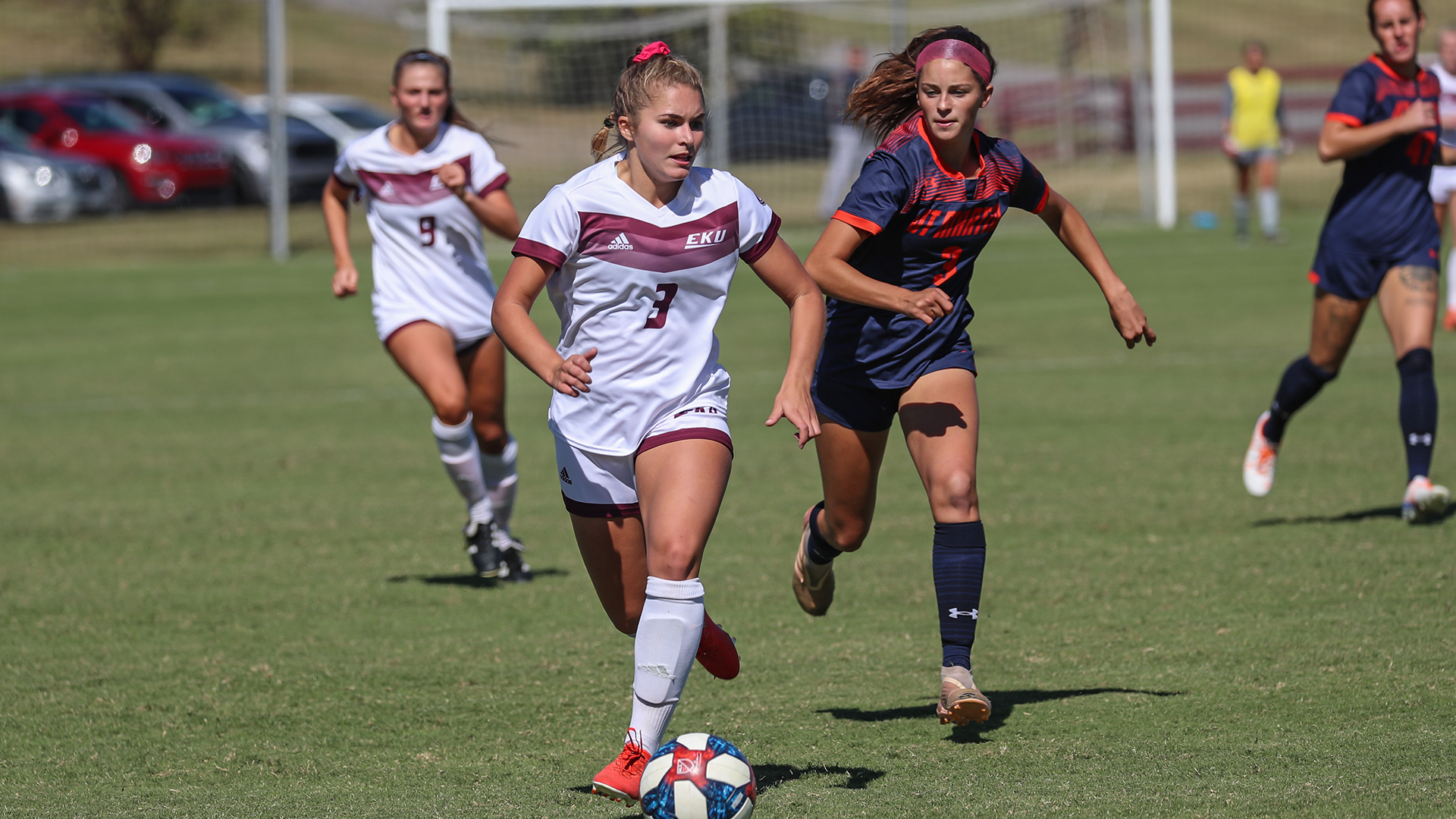 EKU (4-11, 2-5 OVC), however, equalized in the 54th minute when junior Kylie Thompson lofted a high cross over the hands of UTM goalkeeper Erica Myers. Freshman Sidney Kemp was there to head in her first career goal.

It was Thompson’s first assist of the season.

The two teams combined to take 35 shots on the day, 20 of which were on frame.

Redshirt freshman Michaela Iacono came off the bench to pace EKU with four shots, three of which were on target. Thompson and Kemp both attempted three shots in the game.

Aguirre made seven saves on the day.

The Colonels return to action next Friday, October 18, when Belmont visits Richmond. First touch is scheduled for 4 p.m.