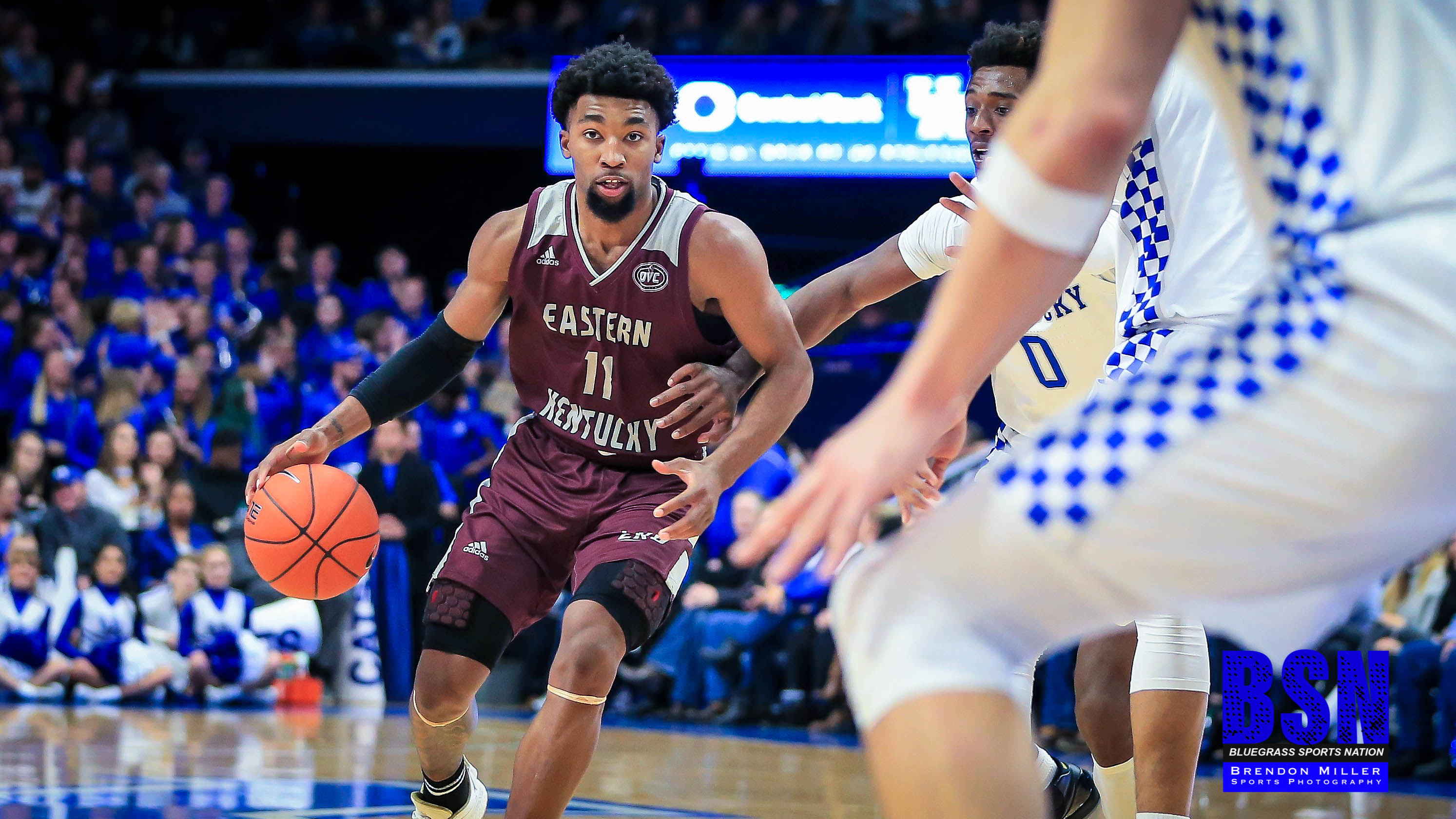 Freshman Michael Moreno came off the bench to lead EKU (1-1) in scoring at 14 points. The former Scott County High School star connected on four three-pointers in the game. He added five rebounds.

The Wildcats opened the game on a 14-0 run, capped by an Ashton Hagans layup with 13:42 remaining in the first half. A three-point play by junior Darius Hicks at the 12:57 mark finally got the Colonels on the board.

Kentucky (2-0) led by 23 late in the first half, but a pair of free throws by Moreno with three seconds on the clock made it 46-25 at the break.

Moreno drained all four his three-pointers in the second half en route to a 14-point performance.

Eastern turned Kentucky over 18 times on the night and held the Wildcats to just 2-of-14 shooting from beyond the arc (14 percent). The Colonels, meanwhile, connected on eight three-pointers in the game.

EKU returns to action on Tuesday when the Colonels host Ohio Chillicothe at McBrayer Arena. Tip is scheduled for 7 p.m.