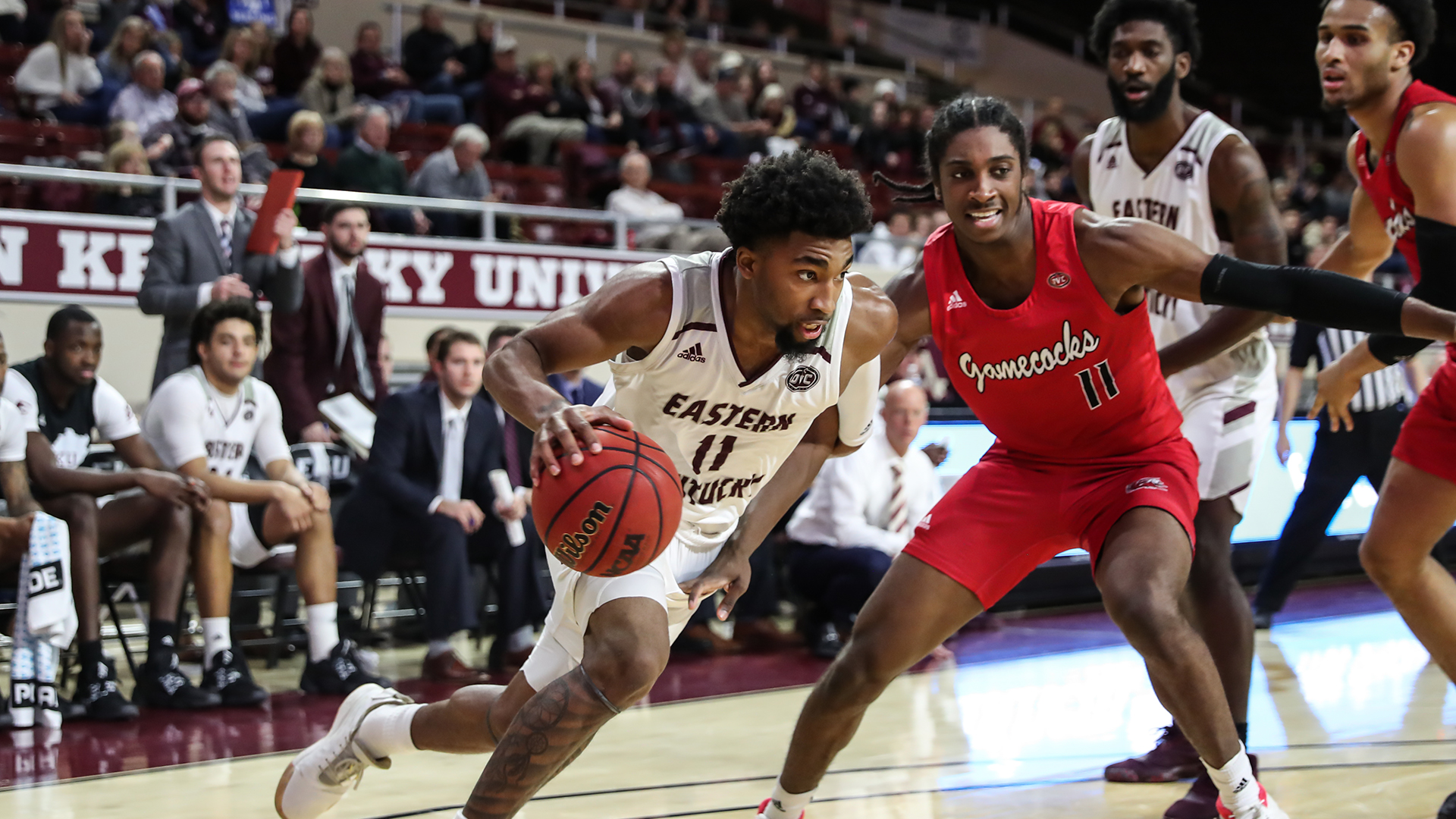 Eastern Kentucky tied the game three more times over the next four and a half minutes but could never take the lead.  A jumper and a runner in the lane by JacQuess Hobbs tied it for the final time, 69-69, with 4:51 remaining.  Jacksonville State scored the next nine points to secure the win.  Two free throws by Jacara Cross with 3:52 left gave the visitors the lead for good.

Brown hit on 9-of-16 from the field and led Eastern with 18 points.  Ty Taylor added 10 points.  Michael Moreno contributed eight points and a team-best seven rebounds.

The Colonels withstood a hot start by the Gamecocks.  JSU made nine of its first 11 shots (82 percent), including 4-of-5 from 3-point range, to build a 22-12 advantage with 12:40 remaining in the first half.  EKU slowly narrowed the gap over the next six minutes.  Consecutive baskets by Brown made it a 6-point game, 22-16.  A 3-pointer from the right wing by Moreno and another bucket from Brown got Eastern within three, 27-24, with 7:28 to go in the first.

After starting the game hot, the Gamecocks came out cold to start the second half.  Jacksonville State hit on just 4-of-15 to open the period and missed all six 3-point attempts as the Colonels staged their comeback.