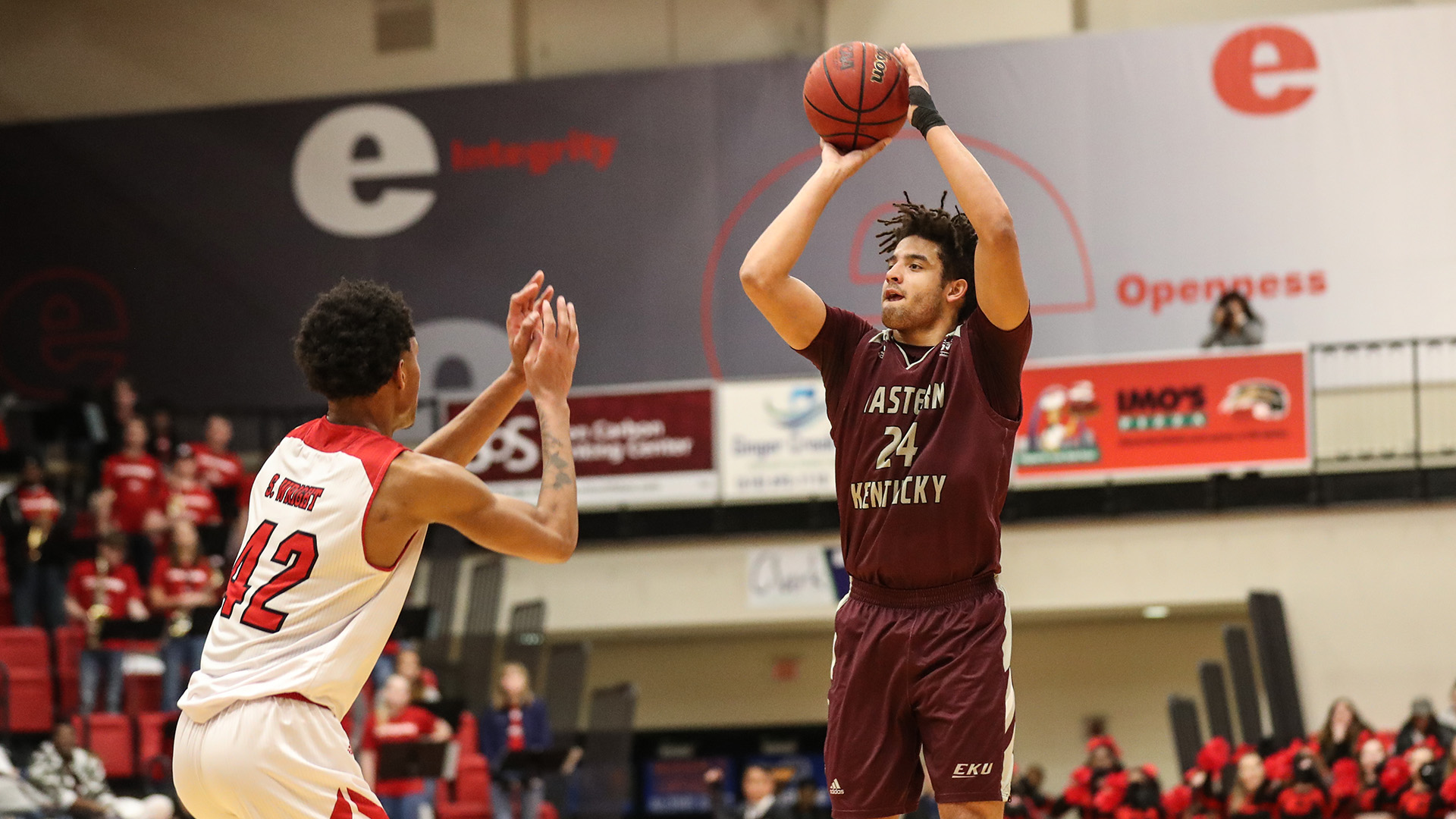 The Eastern Kentucky University men’s basketball team could not overcome cold shooting in an 83-75 loss to SIUE on Saturday at the Vadalabene Center.

Sophomore Jomaru Brown led the Colonels with 21 points, to go along with six assists, five rebounds and three steals.

Freshman Michael Moreno finished with a double-double of 18 points and 11 rebounds.

Despite the poor shooting numbers, the Colonels clawed back and pulled to within three, 68-65, when junior JacQuess Hobbs drained a free throw with just over four minutes to play.

Eastern fell into a deep hole early, as SIUE ran out to a 16-2 lead. The Colonels slowly chipped away at the deficit and took the lead, 23-21, when Moreno converted a putback with 5:23 remaining in the first half.

A three-pointer by Moreno just before the buzzer sent EKU into the locker at the half up by two, 30-28.

SIUE, however, opened the second half with an 11-2 run and took a 39-32 advantage when Tyrese Williford sank a pair of foul shots with 17:02 left. The Cougars led the rest of the way.

Eastern returns to action on Thursday at rival Morehead State. Tip is scheduled for 7 p.m. ET.