Commodores Shut Out by Paintsville 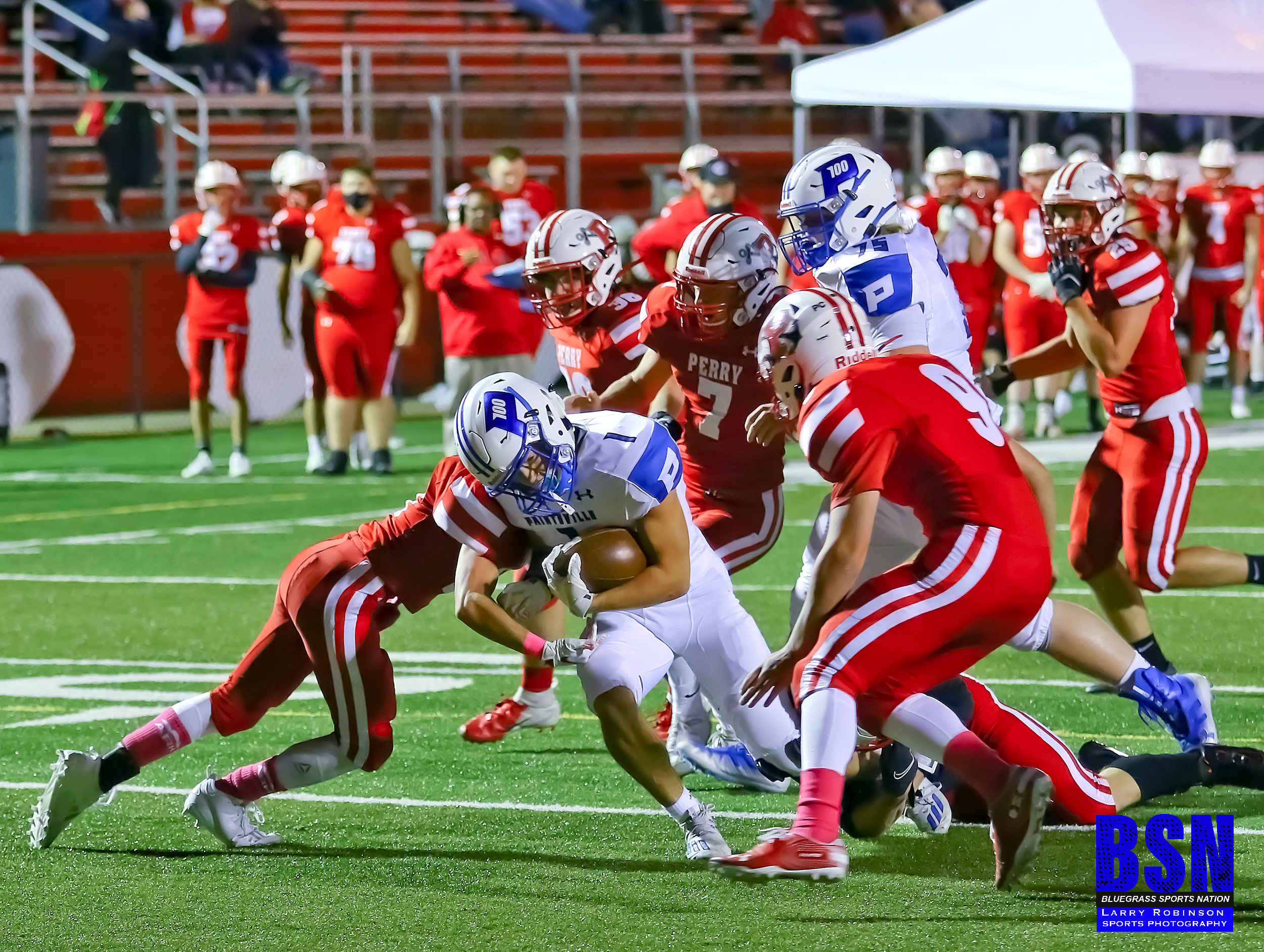 In week four of the 2020 KHSAA High school Football season Perry County Central returned to Commodore Field to host The Paintsville Tigers.  Perry County Central began the season with an exciting win defeating a solid Pike County Central Team 37-23 but have since been on a two-game losing skid, being solidly defeated by North Laurel and Letcher Central.  Having covered the Commodore team every game this season, the team they faced tonight is the best all- around team I have seen the Commodores play all season.  Even though Paintsville is a smaller school in class 1A, they were balanced offensively, several players can make big plays and the defense is fundamentally sound.  Paintsville entered the game with a 2-0 record and is the reigning State runner up in Class 1A Football.

Before tonight’s game there was an announcement by Perry County Schools Superintendent Johnathan Jett that in person classes would be suspended for a couple of weeks due to a Covid -19 outbreak at a local Elementary school in Perry County, the Robinson Elementary School near Rowdy, Kentucky.  Several Staff had tested positive for the virus and led to the Superintendents decision to cancel in person classes throughout Perry County for the next couple of weeks.  The game tonight against Paintsville was thought to be in jeopardy of not being played, but the school systems made the decision to let the game proceed.  Games in the Mountains have been suspended before due to the Covid- 19 Pandemic, last week Breathitt County vs Knott County Central Game was cancelled due to an Outbreak in Knott County.  Paintsville has also had a game cancelled due to a Covid 19 outbreak, in week 2 Paintsville was forced to cancel a game.  (opponent not listed on the KHSAA website.)

In the First Quarter Paintsville received the ball on the kick and soon scored.  Paintsville features a well rounded offense with several running back’s who can make plays with the ball in their hands, and a mobile quarterback who can hurt teams both throwing the ball and scrambling in the backfield when no one Is open down field.  Running backs #1 Harris Phelps, #16 Zach Thompson and QB #7 Jake Hyden are a few star players that stood out in tonight’s game.  Paintsville scored the ball multiple times in the quarter and Perry County Central had no answer to stop the high scoring offense.  Paintsville had scoring plays by #1 Phelps with a seven-yard rushing touchdown and a QB keeper by #7 Hyden.  Not only was Paintsville scoring the ball with ease, but the defense also limited Perry County Central to going three and out on a lot of possessions early.  The Commodores relied on RB # 8 Kobe Eldridge to carry the load offensively, and even though he ran the ball hard, getting tackled by several Tiger defenders made it impossible to move the chains.  At the end of the first quarter Paintsville led Perry County Central 14-0.

Facing an insurmountable lead Perry had the ball on the opening kickoff of the second half.  Perry had the ball most of the quarter and was able to pick up a couple of first downs to keep the drive going.  Eldridge ran the ball with strength and made several Tiger defenders miss tackles.  One Play that excited the Perry Fanbase occurred when QB #19 Charles Mullins found WR #13 Miller on a screen pass, Miller made several defenders miss and picked up a first down with a passing play of twenty-five yards.  This play was the biggest play offensively Perry would make all night.  Paintsville then forced Perry into a fourth and long, the Commodores go for the conversion and was unsuccessful in moving the chains.  As the Quarter was ending, Paintsville had the ball and the Tiger offense saw #16 Thompson explode for a seventy-yard rushing play before getting tackled in Perry territory by a Commodore defender. At the end of the third quarter Paintsville led Perry County Central 36-0.

Paintsville added to the lead in the fourth quarter with another rushing touchdown.  QB Hyden has a brother who is also a talented Football player, Jake’s Brother #24 Luke Hyden is also a solid football player. Luke Hyden scored the last scoring possession of the night with a two-yard rushing touchdown.  Paintsville converted the PAT and led Perry 43-0.  The game was now a running clock.  Paintsville began to pull its starters out of the game and gave reserve players an opportunity to play in tonight’s game.  Perry’s Eldridge had a couple of good runs in the quarter, and Perry moved the ball across midfield but was unable to score in the game.  Paintsville goes on to defeat Perry County Central in a shut out of Paintsville 43- Perry County Central 0.

Perry County Central drops on the season with an overall record of one and three.  The Commodores are currently on a three- game losing streak, and next week’s game is on the road against the Defending 4A State Champions the Johnson Central Eagles.  Johnson Central is the #1 ranked team in the Mountains and one of the top teams in the State.