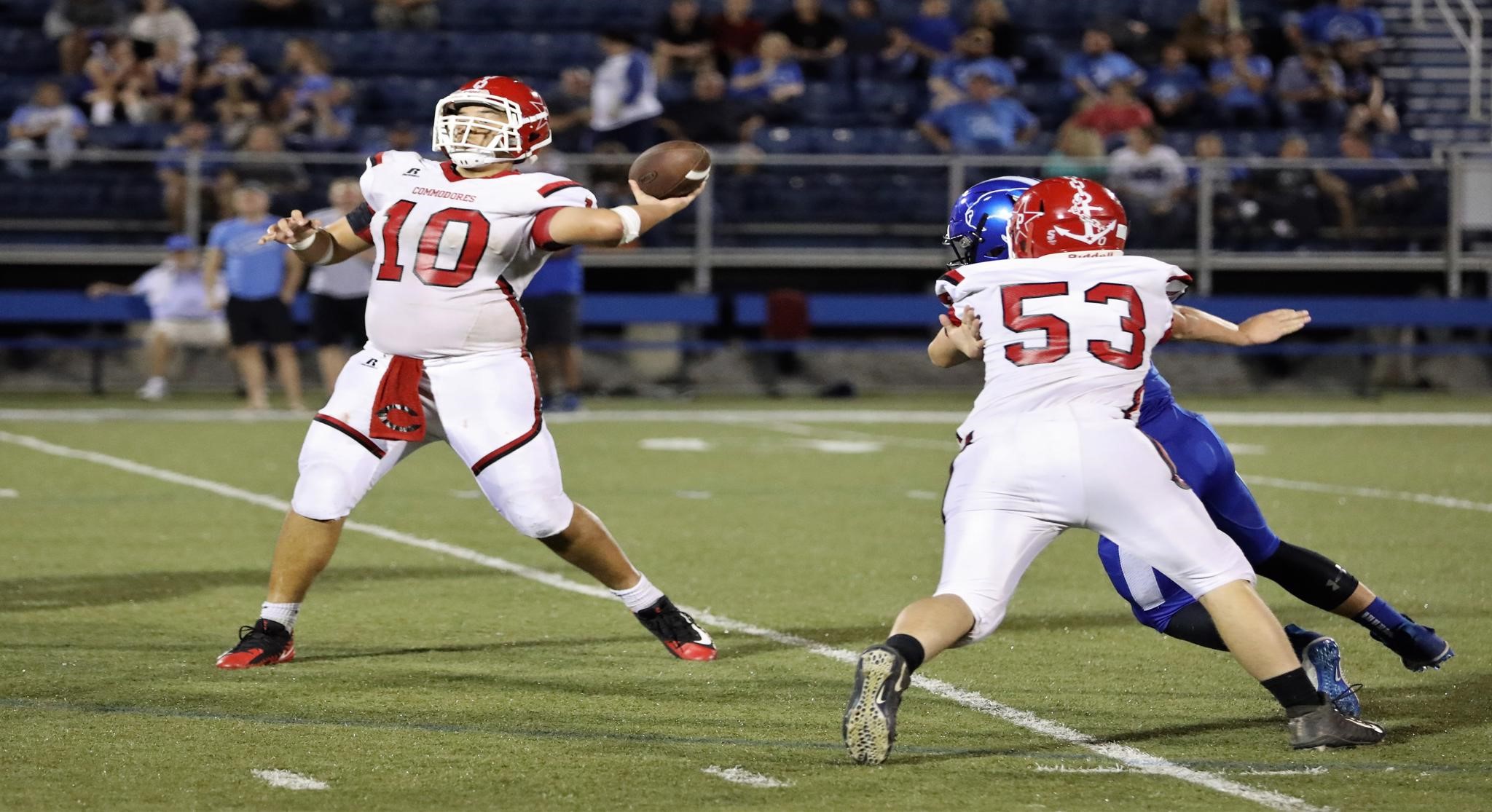 The Commodores will trek into Virginia Friday in search of this year’s elusive first win.

Last week’s game was a tough one for the Commodores. After being shut out the week before and suffering a running-clock loss two weeks prior, Perry Central saw themselves in position to pick up a win and gave up a two-point conversion to Letcher Central late in the fourth quarter to lose by one point.

But that was last week and this week a new opportunity presents itself. Commodore Coach Ovie Canady is focusing on the task at hand.

“We have to stop Lee’s running game,” Canady said. “They run a few different sets. We will have to be able to adjust quickly and often. We need to finish on all opportunities.”

A win this week would not directly impact the Commodores’ playoff aspirations. In a five-team district with four slots for the postseason, the Commodores need to pick up a win over one of their district opponents. After coming up short against Letcher Central, the Commodores will have to defeat either Johnson Central, Harlan County or Clay County to make it to the playoffs. While a win over Lee High doesn’t help their cause, there is something to be said about getting a win on Friday and picking up some momentum going back into district play.

“Winning cures a lot of things. It’s funny how one near win can bring excitement back to the kids,” Canady said. “They played so hard Friday. They deserved to win that game. We physically beat them up and should have won,” Canady said. “This week we will kick the door in that we’ve been knocking on, hopefully opening up new opportunities. “

Perry and Lee High kick things off at 7:30 p.m. Friday in Jonesville, Virginia.