EKU Bounces Back With 78-74 Road Win at SIUE 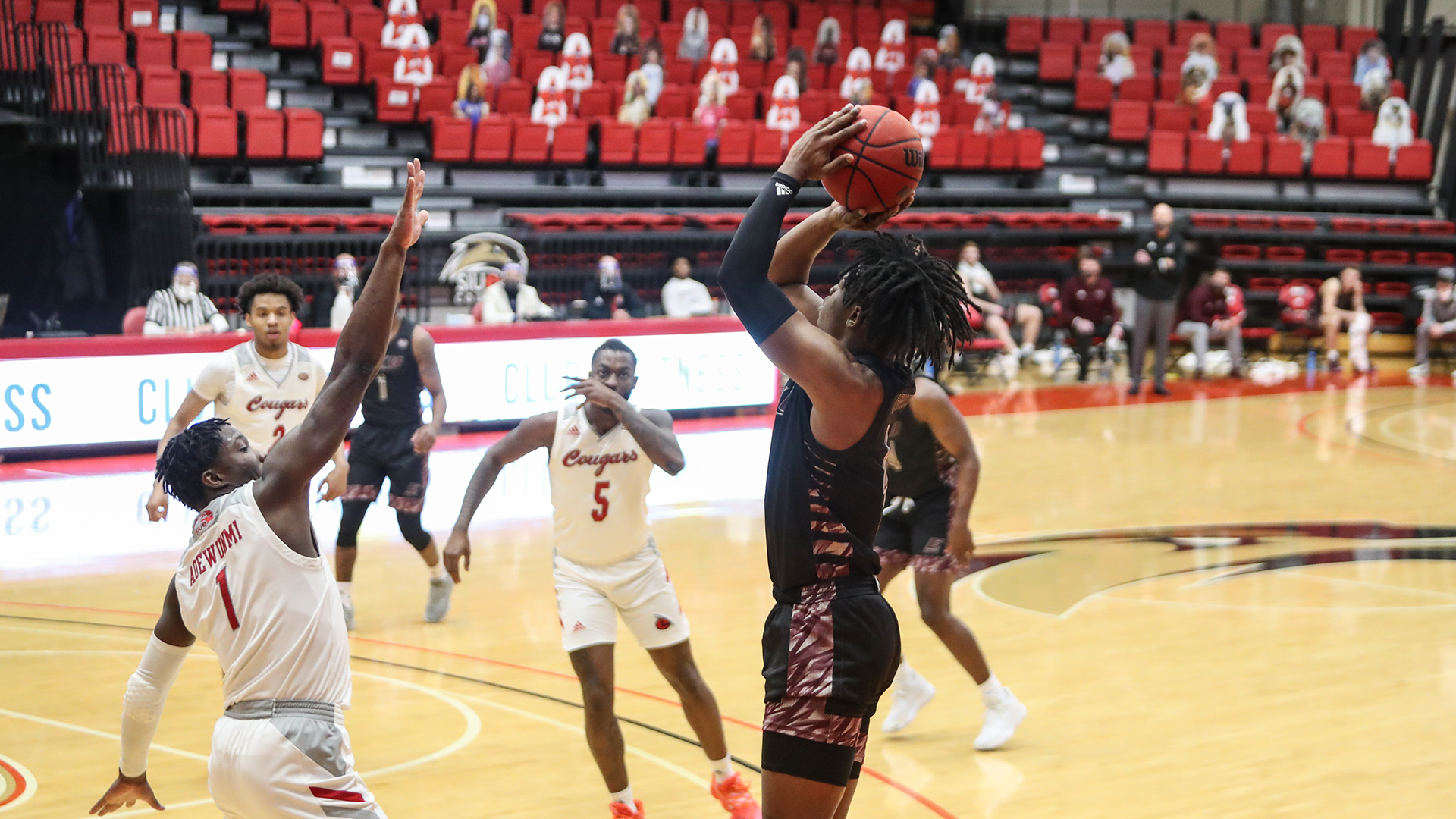 The Eastern Kentucky University men’s basketball team bounced back with a big 78-74 road win at Southern Illinois University Edwardsville on Monday afternoon at the Vadalabene Center.

The Colonels led by 12, 66-54, following a thunderous dunk down the lane by redshirt freshman Curt Lewis with 8:38 remaining.

The Cougars never took the lead, though. Junior Cooper Robb converted a layup on the EKU’s ensuing possession, and freshman Wendell Green Jr. followed that up with a three-pointer to stretch Eastern’s lead back out to five, 73-68.

SIUE got back to within two, 76-74, on a bucket in the paint by Sidney Wilson with six seconds remaining; however, Green Jr. calmly buried two free throws on the other end to ice the game for the Colonels.

EKU forced SIUE into 17 turnovers and won the rebounding battle on the day, 38-32. Thirteen of those boards were of the offensive variety, and the Colonels turned those into 17 second-chance points.

EKU continues its road swing by travelling to Nashville to face Belmont on Thursday night at 9 p.m. ET. That game will air live on ESPNU.