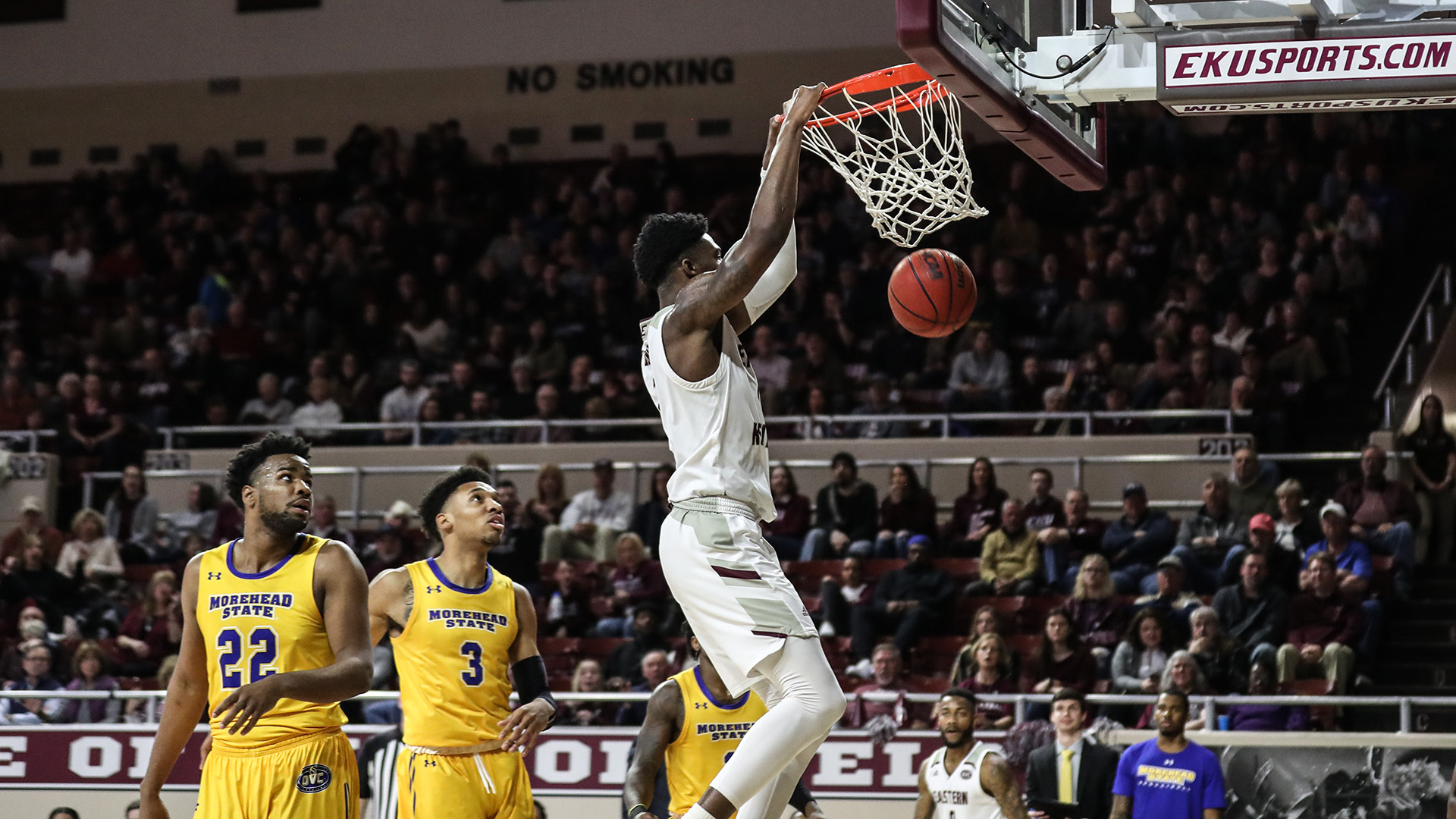 RICHMOND, Ky. – Eastern Kentucky University’s men’s basketball team closed out the 2019-20 regular season with an 80-76 victory over Morehead State University on Saturday at McBrayer Arena.  With the win, the Colonels complete the season sweep of the Eagles.

Morehead State erased a 6-point Eastern Kentucky lead and went on top 58-57 when Justin Thomas connected on a lay-up with 11:43 left in the game.  A MSU foul led to a media timeout with 10:30 showing on the clock.  Morehead State was assessed a technical foul during the stoppage.  Ty Taylor hit the two free throws for the technical and Jomaru Brown made his two free throws to turn the one-point deficit into a 62-58 lead.

Another jumper and a free throw from King pushed the lead to nine, 69-60.  The Eagles made one more run, out-scoring the home team 12-3 to get within one, 73-72, with 3:33 remaining.  Morehead State got within one again, 75-74, on a tip-in from James Baker at the 1:38 mark.  Eastern Kentucky turned the ball over on its ensuing possession.  MSU had two chances to take the lead – a three-point attempt with 45 seconds left and a jumper with 26 ticks to go – but neither shot fell.

Hobbs and Michael Moreno made four straight free throws to push the Colonels back in front by five, 79-74.

Eastern Kentucky led by as many as 10 in the first half, going up 37-27 on a jumper from Moreno.  However, the Eagles scored nine of the final 12 points of the half to draw within four, 40-36, at intermission.