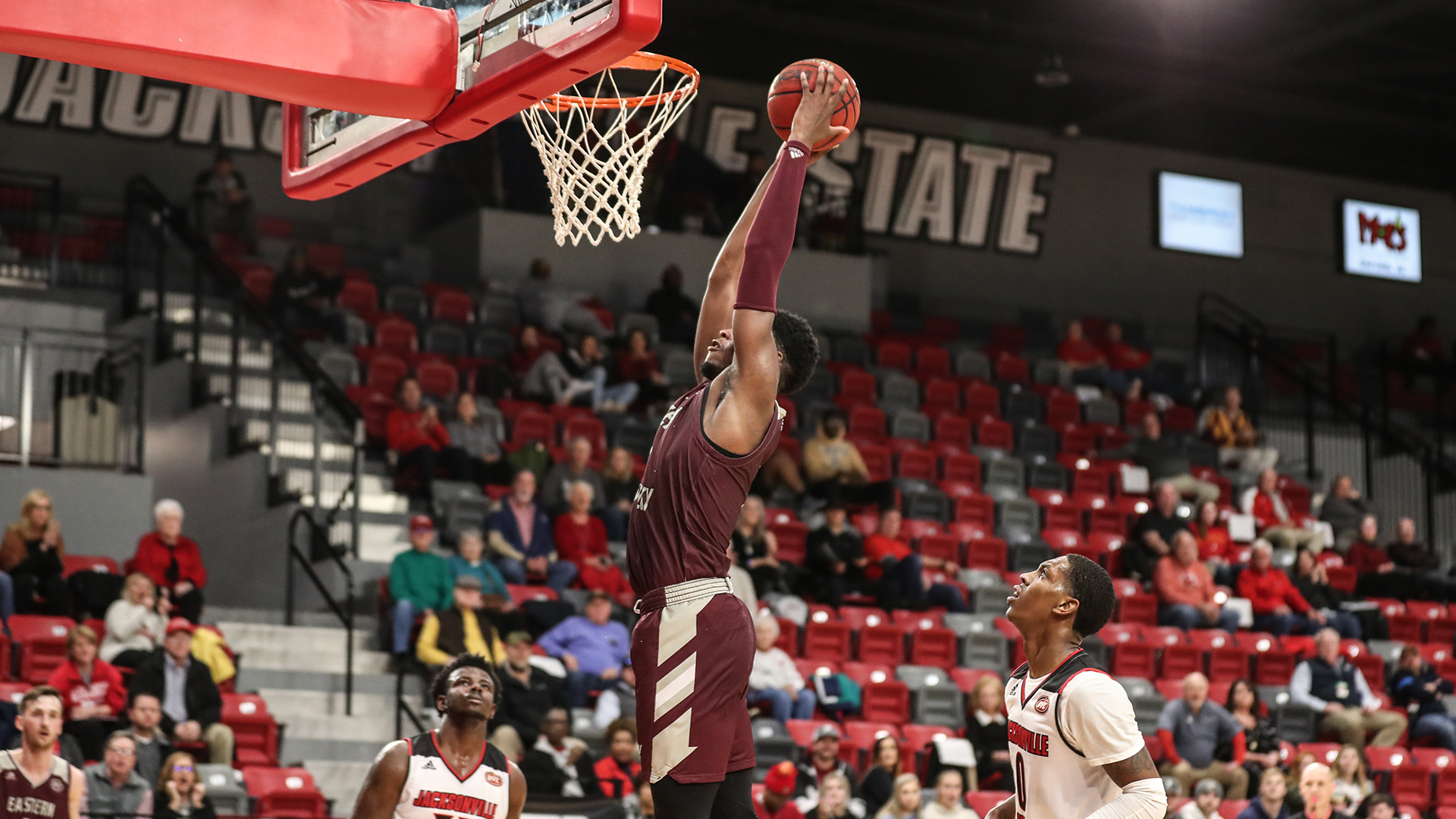 Brown went to the bench early in the first half with foul trouble but exploded out of the gate in the second half, scoring 16 of his 24 points in the final 20 minutes. Like in last Saturday’s win at Tennessee State, Brown sank four free throws in the final minute to seal the road victory.

King finished with 18 points and a game-high nine rebounds for the Colonels.

The Colonels took their largest lead of the first half when junior JacQuess Hobbs stole the ball in transition and laid it in to make it 38-26 at the 4:25 mark.

Eastern regained the momentum at the start of the second half. A triple by Cruickshank pushed the Colonels’ lead back out to 11, 53-42, just over three minutes into the half.

Jacksonville State slowly chipped away at the lead and pulled to within two, 73-71, following a jumper by Elias Harden with 3:32 remaining. A bucket by Jacara Cross again made it a two-point game, 77-75, with 54 seconds left.

However, Brown pulled through in the clutch, going 4-of-4 in the final minute to hold off the JSU charge and seal the win.

The Gamecocks out-rebounded the Colonels, 36-25; however, Eastern won the turnover battle on the night, 18-9.

The Colonels stay on the road to face Tennessee Tech on Saturday night in Cookeville. Tip is at 8:30 p.m. ET.