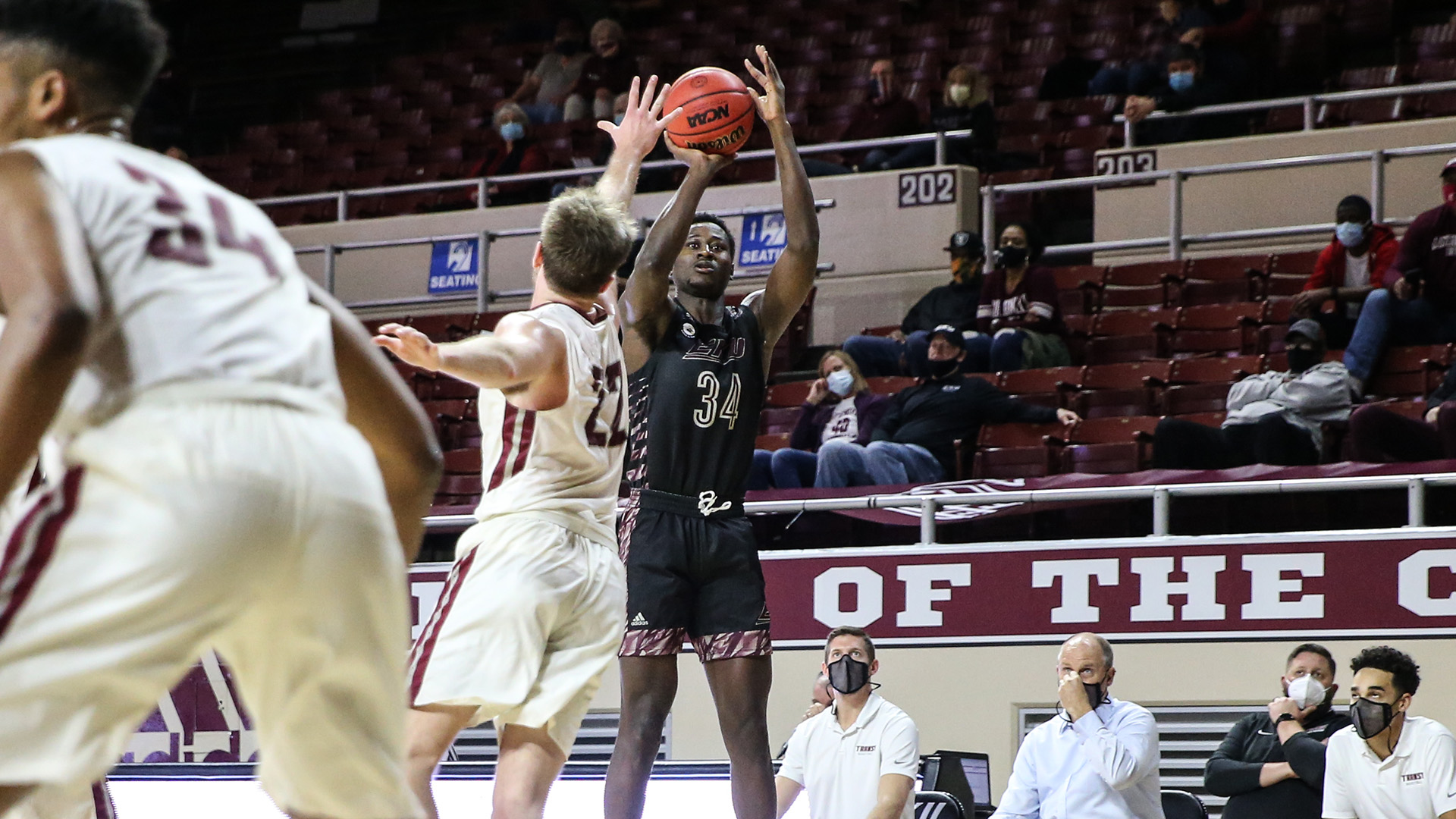 EKU will play at Morehead State University on Monday at 6 p.m.

A late first half 3-point barrage helped the Colonels turn a 3-point lead into a 9-point advantage at the break.  Faye made three 3-pointers and had 11 points during EKU’s 16-8 run to end the half.  Peyton Broughton also had a 3-pointer.  Russhard Cruickshank’s jumper in the final seven seconds sent the home team to the locker room up by 11, 52-41.

Eastern shot 53 percent in the first half from the field, including hitting on 7-of-17 from long range (41 percent).  The Colonels turned 17 first half Pioneer turnovers into a 24-5 advantage in points off turnovers.

Four consecutive free throws, two from JacQuess Hobbs and two from Michael Moreno, gave the Colonels a 20-plus point lead, 76-55, with four and a half minutes remaining.

Eastern Kentucky shot 47 percent for the game from the field.  The Pioneers made 38 percent of their shots.