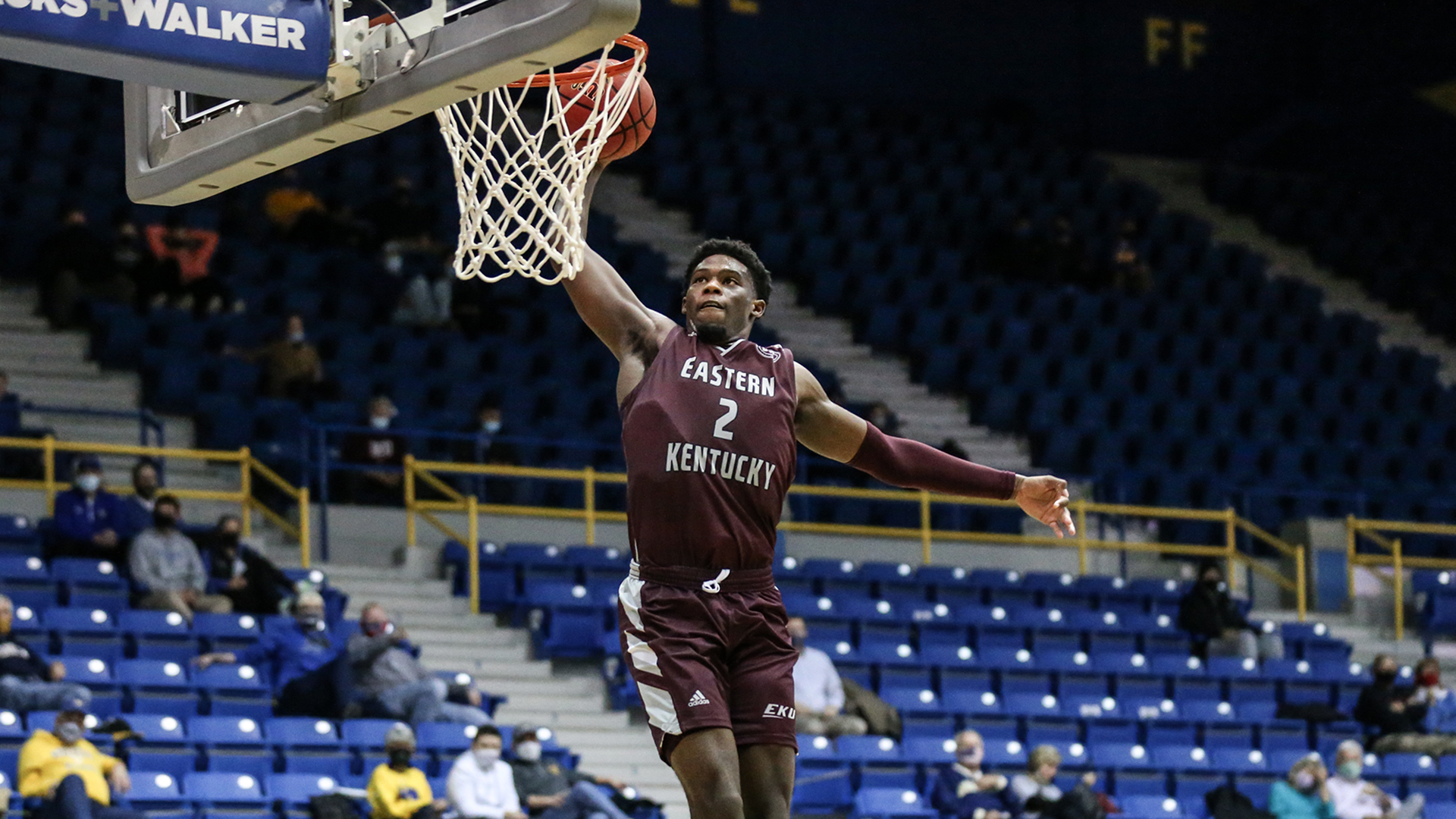 A layup by freshman Wendell Green Jr. sent EKU into the locker room down by two, 35-33.

Redshirt freshman Curt Lewis buried a jumper on EKU’s first possession of the second half to tie the game.

Green Jr. gave the Colonels their first – and only – lead of the game when he converted a jumper to make it 42-40 with 16:56 remaining.

Eastern got back to within six, 56-50, following a free throw by Lewis with 8:58 on the clock, but that was as close as the Colonels got. Morehead State slowly pulled away down the stretch.

EKU was led by King, who finished with 17 points, three rebounds and three steals. Green Jr. posted a career-high 16 points in the loss, to go along with five assists. Lewis finished with 13 points and six rebounds.

The Colonels shot only 16 percent (4-of-25) from three-point range.