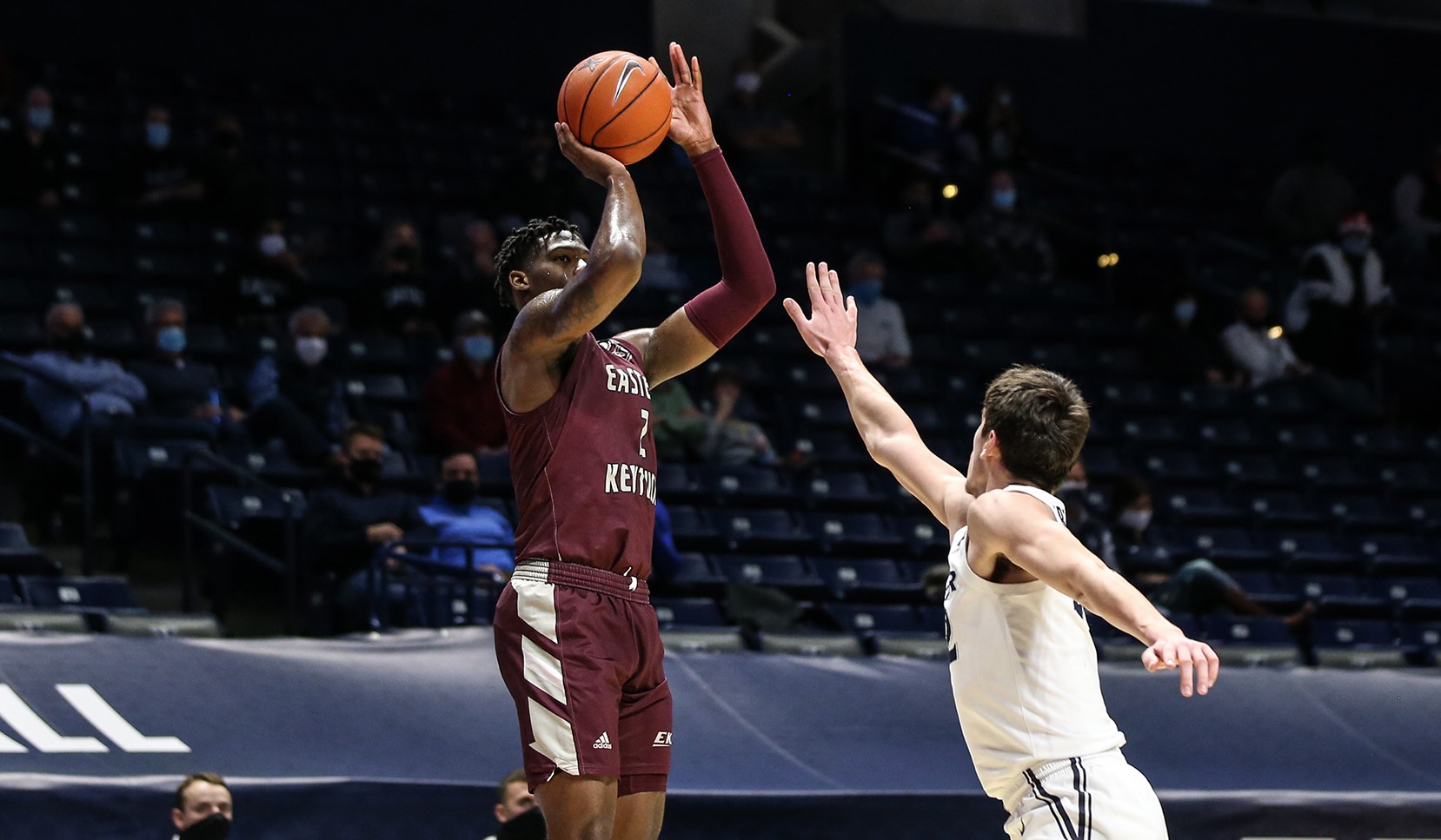 Junior Tre King beat the buzzer with a three-pointer at the end of regulation to send the Eastern Kentucky University men’s basketball team into overtime with Xavier on Monday night. However, the host Musketeers held on for a 99-96 victory at the Cintas Center.

Xavier (4-0) led by five, 81-76, when Jason Carter converted a free throw with 2:16 left in regulation. A three-point play by redshirt freshman Curt Lewis, however, cut the Musketeers’ lead to one, 81-80, with 40 seconds on the clock.

Freshman Wendell Green Jr.  missed a three-pointer on EKU’s ensuing possession, but the Colonels collected an offensive rebound and called timeout. Head coach A.W. Hamilton then drew up an out-of-bounds play for King, who delivered with a step-back three-pointer to tie it and force overtime.

Xavier responded with eight straight points and took a five-point advantage when a second-chance jumper by Zach Freemantle made it 93-88.

The Colonels pulled back to within three, 97-94, with six seconds left. Junior Jomaru Brown banked in a shot from the top of the key, but his foot was on the line, so it made the score 97-96. Tandy then sank two free throws with a second left to seal the victory for the Musketeers.

King led all scorers in the game with a career-high 25 points. He also pulled down a career-high 13 rebounds to earn his second double-double of the season. The junior from Lexington grabbed a team-best four steals.

Lewis finished with a career-high 20 points in the loss, to go along with four rebounds, three assists and three steals. Junior Cooper Robb posted 19 points – 14 of which came in the first half. Brown had 12 points, five rebounds and five assists in his season debut.

Xavier led by as many as 13 points late in the first half. A turnaround jumper by Nate Johnson made it 47-34 with 2:10 on the clock. However, Eastern closed out the half strong, as Green Jr. came up with a steal in the waning seconds and served it off the backboard to a trailing King. King dunked it home and sent the Colonels into the locker room down by only nine, 48-39.

EKU carried that momentum into the second half and slowly chipped away at the deficit. A three-pointer by Lewis made it a three-point game, 69-66, with 8:18 left. A triple by senior Russhard Cruickshank tied it up, 72-72, with 6:35 left. It was the Colonels’ first tie since 8:35 left in the first half.

EKU returns to action on Wednesday when the Colonels face USC Upstate in Spartanburg, South Carolina at 5:30 p.m. ET.