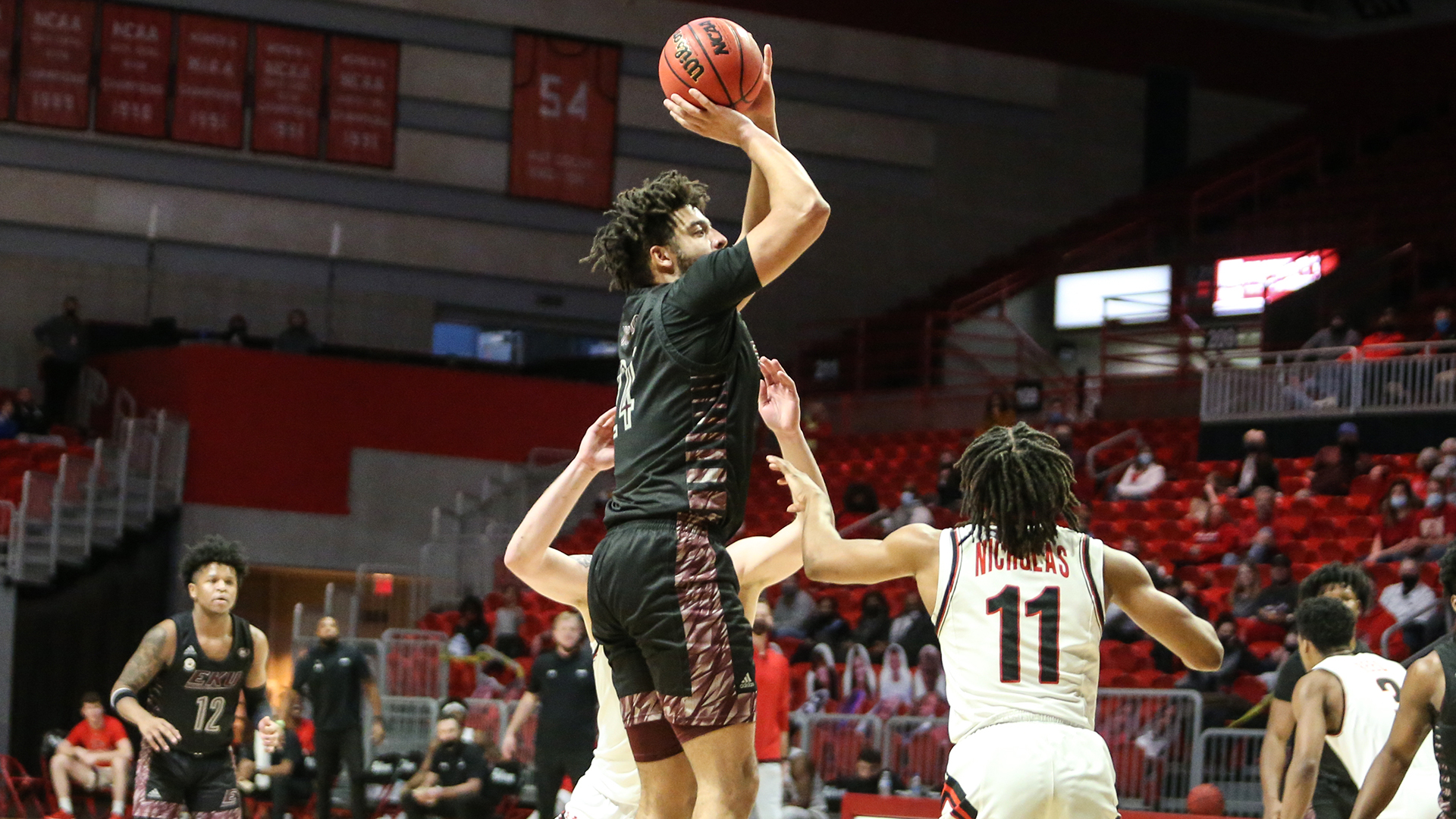 The Eastern Kentucky University men’s basketball team fell at Southeast Missouri, 94-72, on Saturday at the Show Me Center.

Moreno tried to will the Colonels back into the game in the second half. His fifth three-pointer of the contest capped an 11-0 EKU run and pulled Eastern back to within 16, 56-40. But that was as close as the Colonels got.

Moreno led all scorers in the game with 19 points, to go along with a career-high three blocks, two rebounds, one steal and one assist. Redshirt freshman Curt Lewis added 18 points, while senior Russhard Cruickshank contributed 10 points, three assists and three rebounds. Freshman Devontae Blanton came off the bench to post 10 points and a team-best seven boards, five of which were offensive.

SEMO was led by Chris Harris’ 18 points and seven assists.

The Colonels will stay in Cape Girardeau to play the Redhawks again on Monday at 3 p.m. ET.