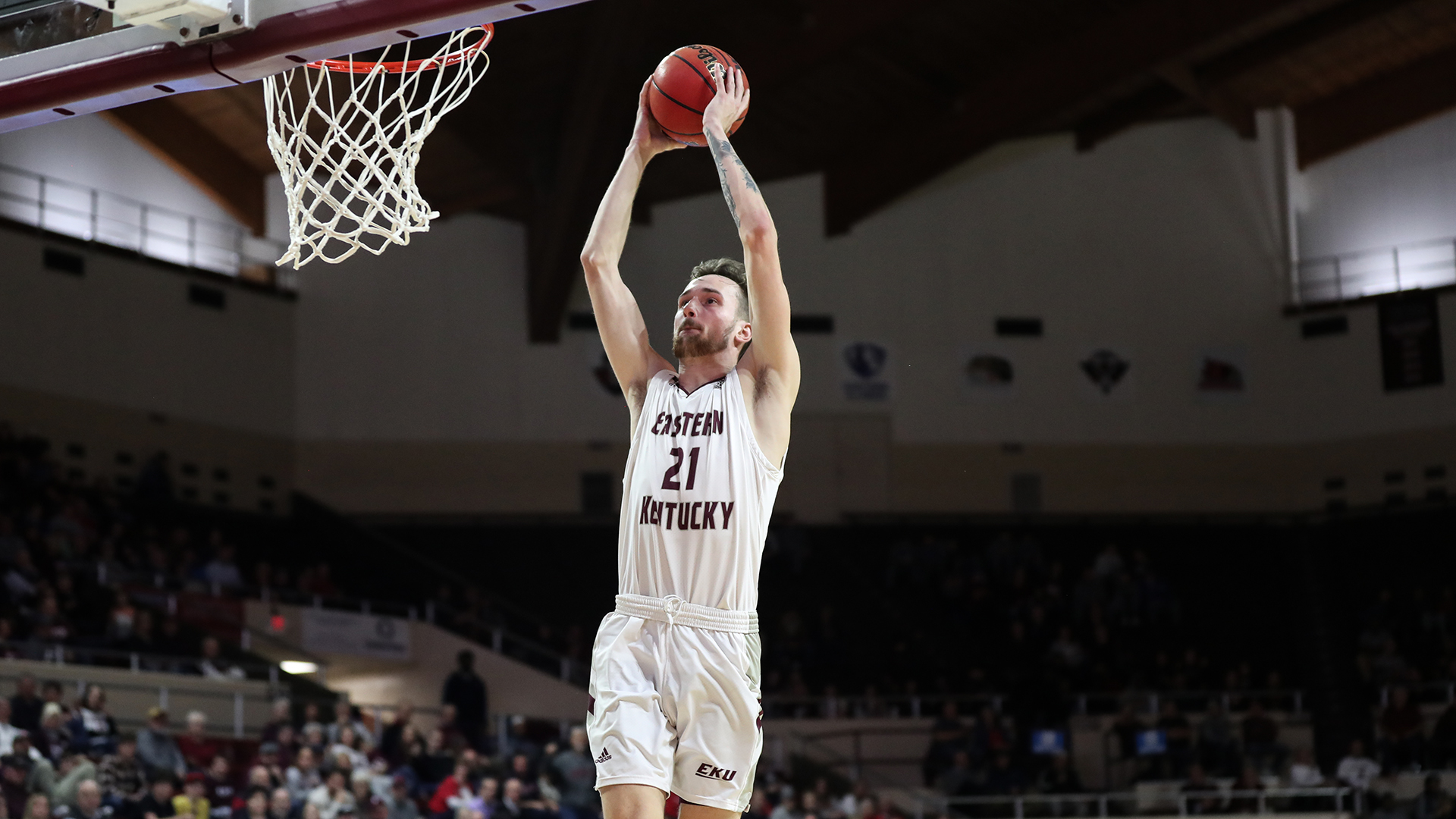 A jumper by sophomore Tre King got EKU back to within seven, 37-30, but Belmont scored the final five points of the half and went into the locker room up by 12, 42-30.

Eastern opened the second half with some energy. Five straight points by freshman Michael Moreno, a jumper by King and a three-pointer by sophomore Jomaru Brown made it a six-point game, 46-40, with 17:26 left in regulation.

Anderson paced four Colonels in double figures with 15 points. Senior Ty Taylor and junior JacQuess Hobbs both finished with 11. Moreno tallied a double-double of 10 points and 10 boards. He also dished out a team-best four assists.

Kunkel led all scorers in the game with 22 points.

EKU returns to action at Murray State next Thursday. Tip is scheduled for 8 p.m. ET.