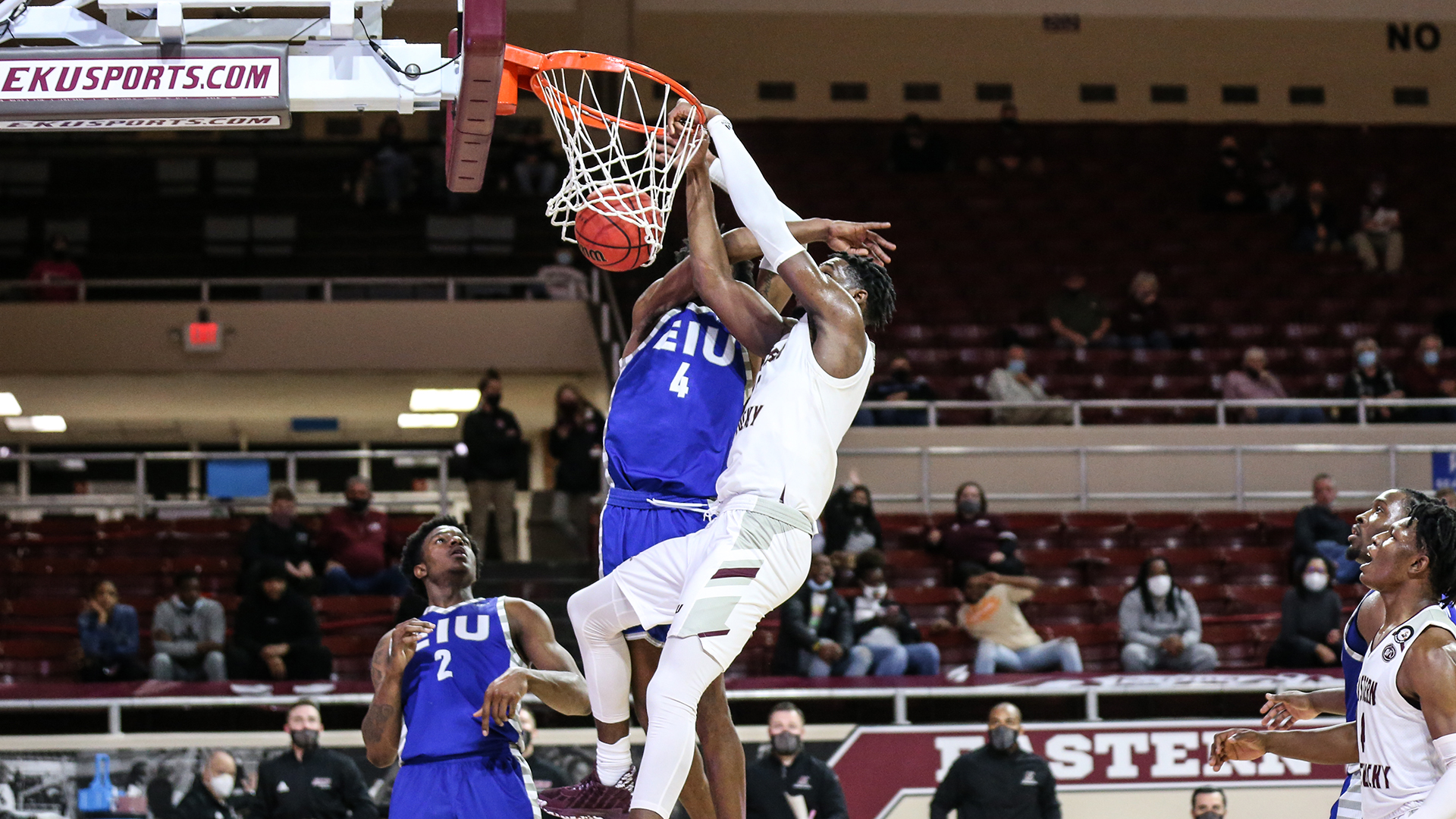 Eastern Kentucky University’s men’s basketball team held off Eastern Illinois University down the stretch for a 69-61 victory on Wednesday at McBrayer Arena.

The Eastern Kentucky lead was just two, 56-54, after Marvin Johnson’s dunk for EIU with 7:49 left in the game.  EKU answered with a 7-2 run to build a 7-point cushion.  A steal, dunk and free throw from Curt Lewis put the home team in front 63-56.

Eastern Kentucky held the Panthers to 33 percent shooting on the night and forced 24 turnovers.  EKU shot 44 percent from the field for the game and turned those EIU turnovers into 23 points.

Dixon put Eastern Illinois in front by one, 23-22, with 6:51 remaining in the first half, but Cooper Robb scored the next four points for EKU and the Colonels never trailed again.  Robb’s jumper and two free throws made it 26-23.  A 3-pointer by Robb from the left wing later in the first half pushed the margin to six, 33-27.  An old-fashioned 3-point play by Lewis with 29 seconds to play in the first half sent the home team to the locker room with a 7-point advantage, 43-36.

EKU made 53 percent of its shots in the first half and turned nine Eastern Illinois turnovers into 14 points.

Dixon led the Panthers with 12 points and 15 rebounds.

The Colonels are scheduled to play at Austin Peay on Saturday.  Tip-off in Clarksville, Tennessee is scheduled for 5 p.m. ET.