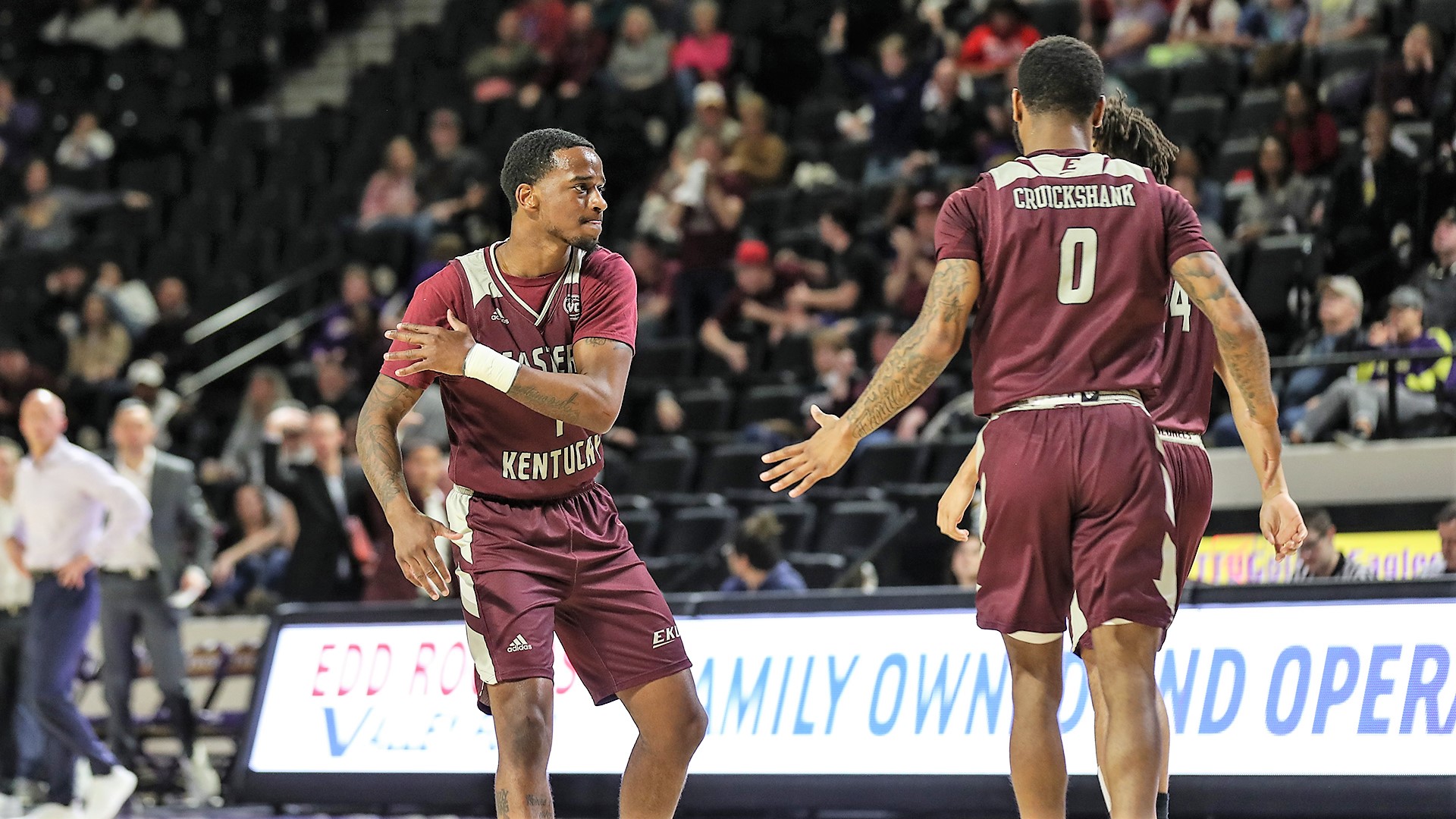 – Sophomore Jomaru Brown connected on a career-high six three-pointers and finished with 31 points to lead the Eastern Kentucky University men’s basketball team to an 80-74 victory over Tennessee Tech on Saturday night at the Eblen Center.

Brown was 6-of-9 from deep and 5-fo-5 from the free throw line to finish with 31 points. He has now scored more than 20 points in six consecutive games.

Junior JacQuess Hobbs just missed his career high with nine assists on the night. He coupled that with zero turnovers.

Eastern led for nearly the entire game. Tennessee Tech (5-16, 2-6 OVC) grabbed an early two-point advantage when Jr. Clay knocked down a jumper to make it 7-5 with 16:03 left in the first half. The Colonels, however, responded with a 17-4 run and went ahead by 11, 22-11, when junior Russhard Cruickshank buried a triple at the 11:49 mark. They never trailed again.

EKU led by 11 two more times in the first half, the final time when Brown converted a layup to make it 30-19 with 7:54 on the clock. However, TTU slowly chipped away, as a turnaround jumper in the paint by Keishawn Davison made it a five-point game at the break, 41-36.

The Colonels exploded out of the gate to open the second half, going on a 15-4 run that ended when senior Lachlan Anderson threw down a dunk to make it 56-40 with 15:44 on the clock.

TTU pulled back to within six, 76-70, with just under two minutes to play; however, Cruickshank buried a jumper on the Colonels’ next possession to make it an eight-point game, and it stayed an eight-point game until seven seconds remained.

The Colonels also scored a massive victory in the turnover battle, 20-8.