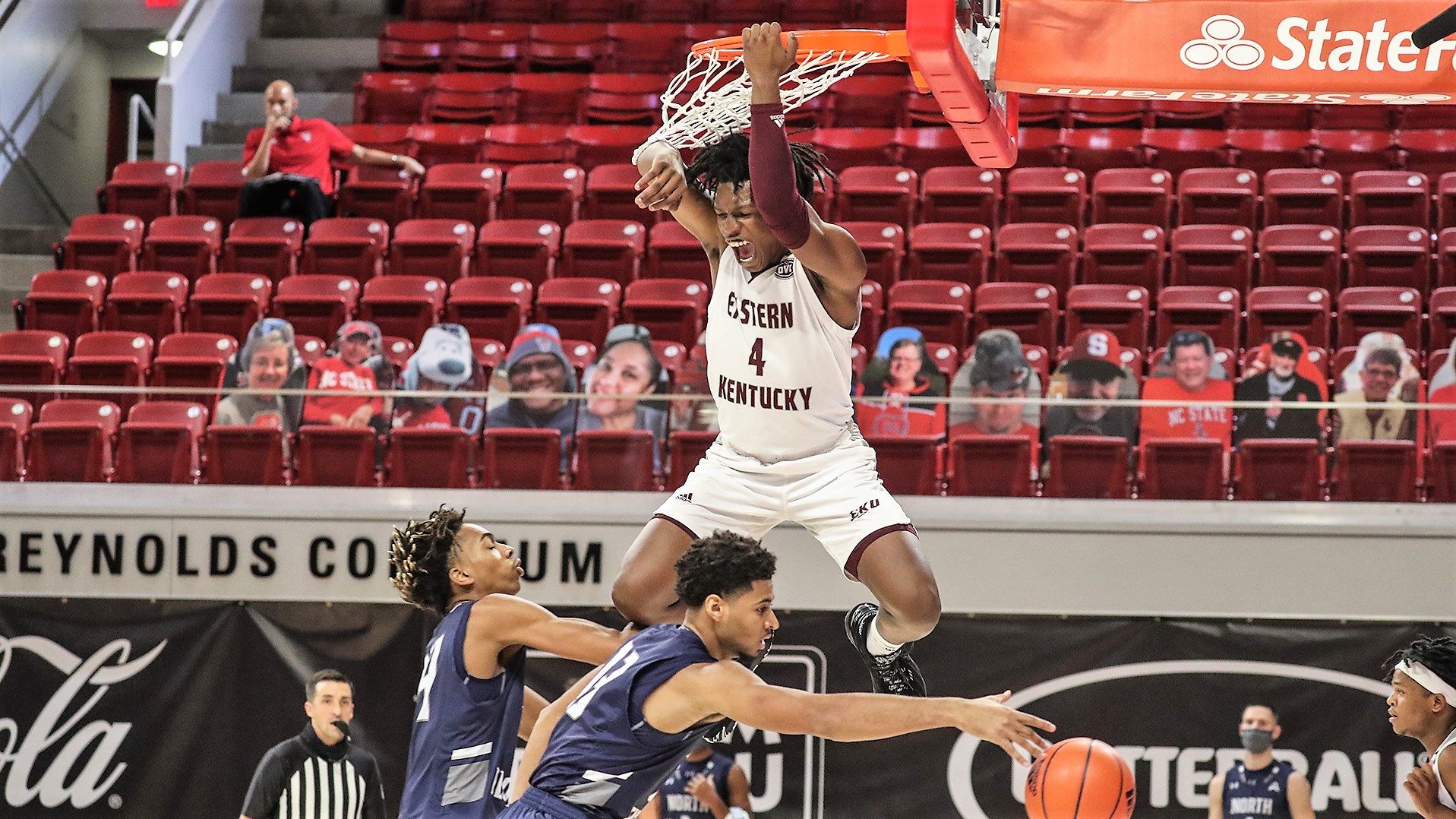 In all, nine Colonels scored in the game.

North Florida jumped out to an 8-0 lead, and the Ospreys grabbed a 19-11 advantage when Hendricksen knocked down a triple with 14:08 left in the first half.

Eastern, however, responded with an 11-0 run. A three pointer by Green Jr. at the 11:59 mark gave the Colonels their first lead of the game. They never trailed again.

A thunderous dunk by sophomore Tariq Balogun sent EKU into the locker room at halftime up by 16, 50-34.

A layup by Robb with 5:24 left in the game gave the Colonels their largest lead of the night, 78-54.

EKU returns to action on Friday when the Colonels square off against Charleston Southern in their final game of the Wolfpack Invitational. Tip is scheduled for 2 p.m. ET.