EKU Wins in OT for 500th Win at McBrayer 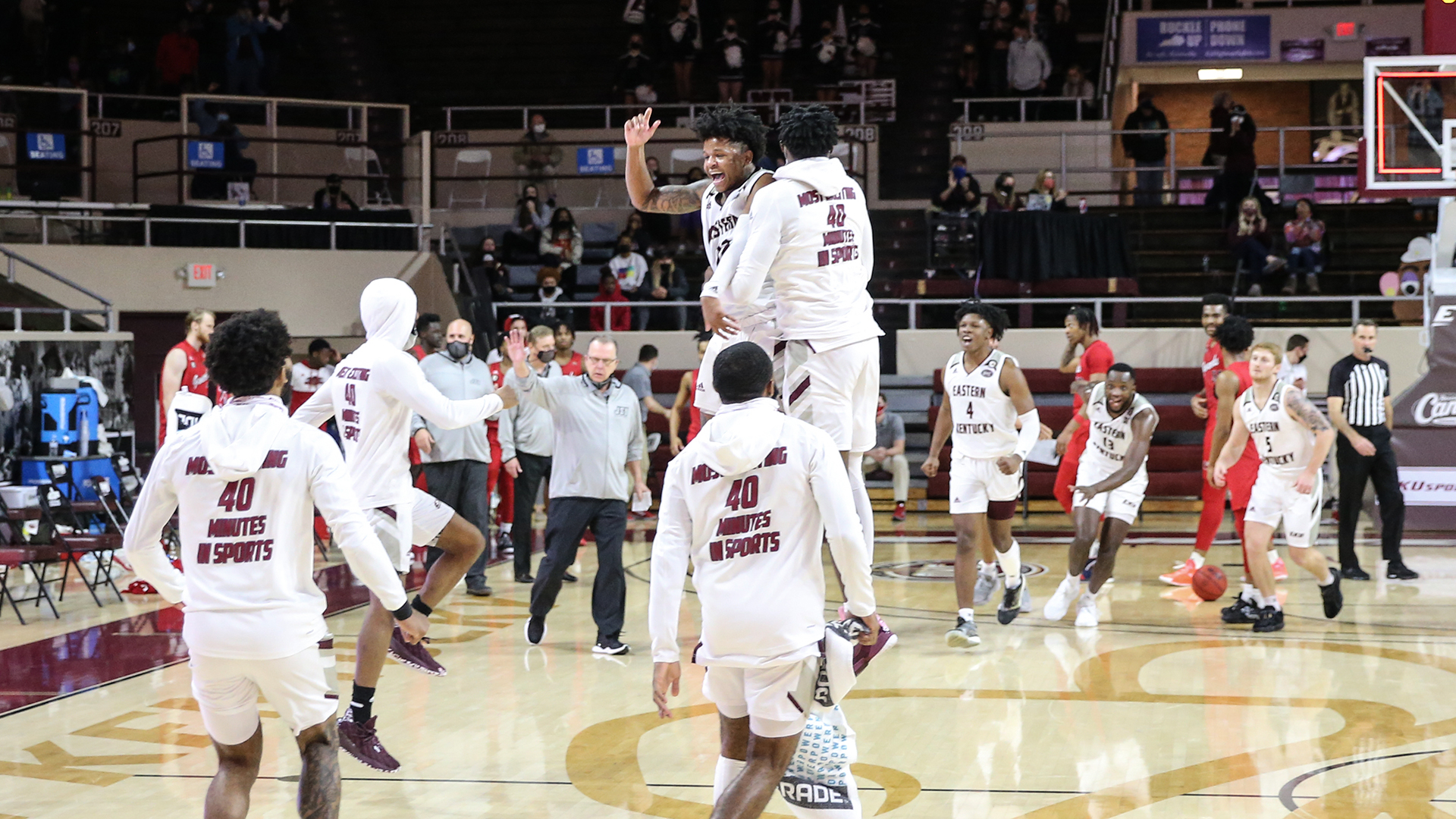 The lead changed hands 20 times and Thursday’s game was tied on 11 occasions.  Neither team led by more than five through 45 minutes of basketball.

Eastern Kentucky had a 62-60 edge after Wendell Green Jr. hit a lay-up with 39 ticks left.  Huffman grabbed an offensive rebound for the Gamecocks on the other end and Darian Adams knocked down a baseline jumper with 3.5 seconds remaining to send the game to overtime.

Jacksonville State scored the first four points in the extra frame and led 66-62 after free throws from Adams.  The Colonels started overtime 0-for-7 from the field before Lewis made a 3-pointer from the right corner with 2:01 on the clock to get the home squad within one, 66-65.  Another offensive foul on JSU gave Eastern the ball back and Green connected on a lay-up with 1:34 to play to put Eastern Kentucky in front by one, 67-66.

The Gamecocks had a turnover and a missed jumper on their next two possessions before sending Green to the line.  The freshman hit both with 24.7 seconds left in overtime to stretch the margin to three, 69-66.  Jacksonville State’s Demaree King missed a 3-point attempt with 17 seconds to go and sent Eastern to the free throw line with 13 ticks on the clock.  But the Colonels couldn’t convert the 1-and-1 attempt giving JSU one last shot.

Adams missed on a 3-point attempt with two seconds left and Tariq Balogun secured the rebound for Eastern Kentucky.

EKU limited the visitors to 34 percent shooting from the field and 14 percent from long range (3-for-21).  Huffman finished with 16 points and 16 rebounds.  Perdue contributed 14 points and 10 boards.