EKU Wraps Up Non-Conference Schedule with Win Over High Point 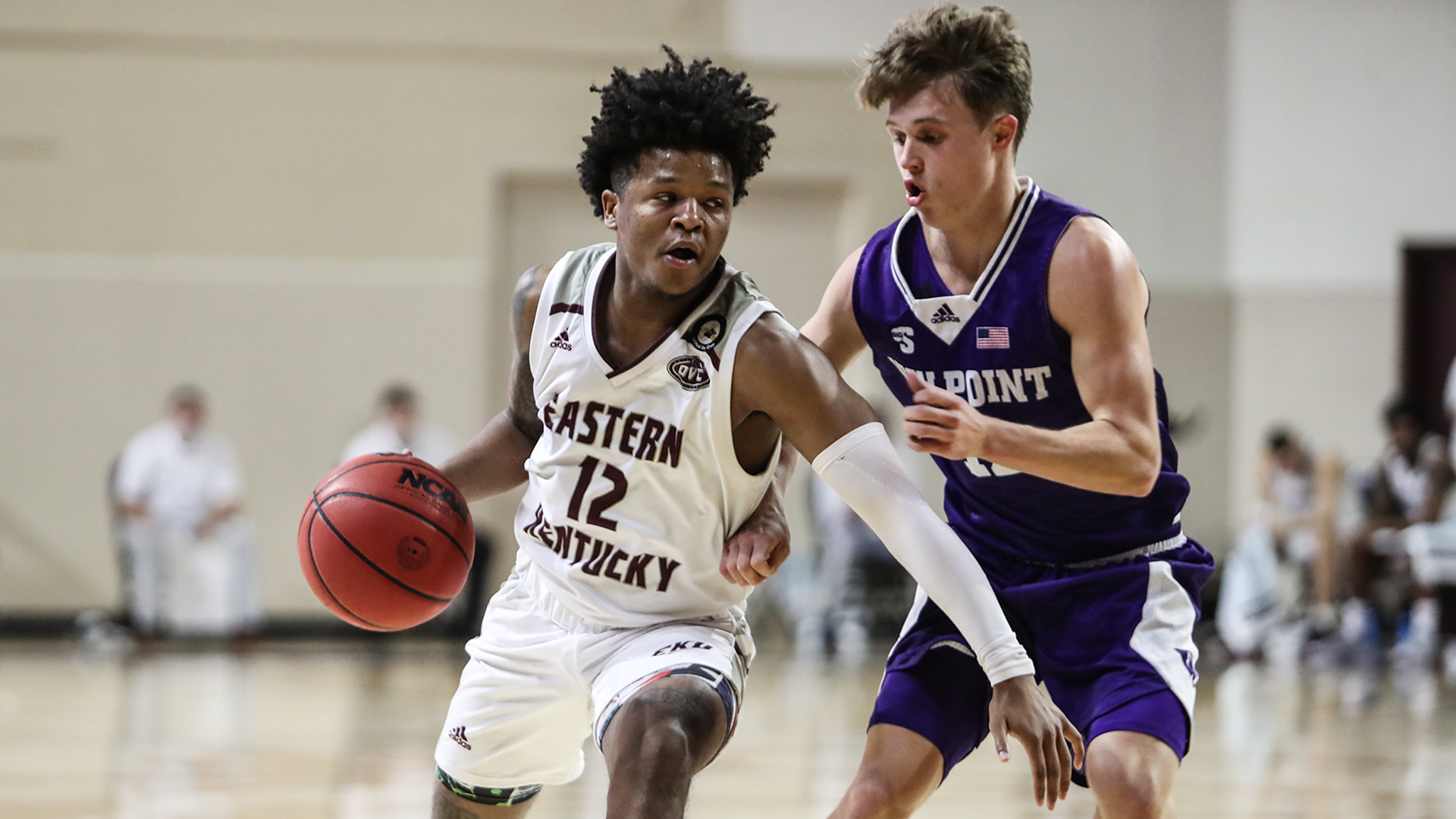 It was the final non-conference game of the regular season for the Colonels (7-2, 1-1 OVC).  Eastern went 6-1 against non-conference teams with the only loss in overtime to now No. 22 ranked Xavier.

The Colonels scored the first 12 points of the game, including 3-pointers from Curt Lewis and Knapper.  The final basket on the early run came off a pass from Green.  The freshman chased down a loose ball, grabbed it while jumping out of bounds in front of the High Point bench and tossed the ball over his head to Moreno waiting under the basket.  Moreno laid it in to make it a 12-0 game with 17:53 left in the first half.

The Panthers (2-5) battled back, drawing within five on three occasions.  The third coming on a pair of free throws from Eric Coleman Jr. to make it 24-19 with 10:03 to go in the opening frame.

High Point never got any closer.  Two free throws by Knapper pushed it back to a double-digit lead, 31-21.  A jumper in the lane by JacQuess Hobbs off an inbounds pass gave Eastern a 14-point advantage, 41-27.  Peyton Broughton’s 3-pointer at the buzzer sent the home team to the locker room in front by 16, 46-30.

A series of plays by Moreno four minutes into the second half allowed the Colonels to take a 20-plus point lead.  The sophomore made a 3-pointer from the right wing off an inbound pass to put EKU ahead 59-38.  While defending the ensuing inbound play by High Point, Moreno made a steal and was fouled on a lay-up.  His two free throws with 15:56 left in the game gave Eastern a 61-38 advantage.

Just as quickly, EKU scored 10 unanswered to put the game away.  Moreno hit a lay-up and a 3-pointer, and Hobbs added a 3-pointer.  Moreno’s long-range basket stretched the margin back to 20, 73-53.

Slay had 12 points on 5-of-7 shooting from the field for High Point.  Coleman finished with 10 points and 10 rebounds off the bench.

The Colonels shot 45 percent from the field.  The Panthers made 42 percent of their shots.  High Point out-rebounded Eastern by four, but gave up 25 points off 23 turnovers.

Eastern Kentucky steps back into Ohio Valley Conference play at home against Eastern Illinois on Dec. 30.  Tip-off is scheduled for 8 p.m.