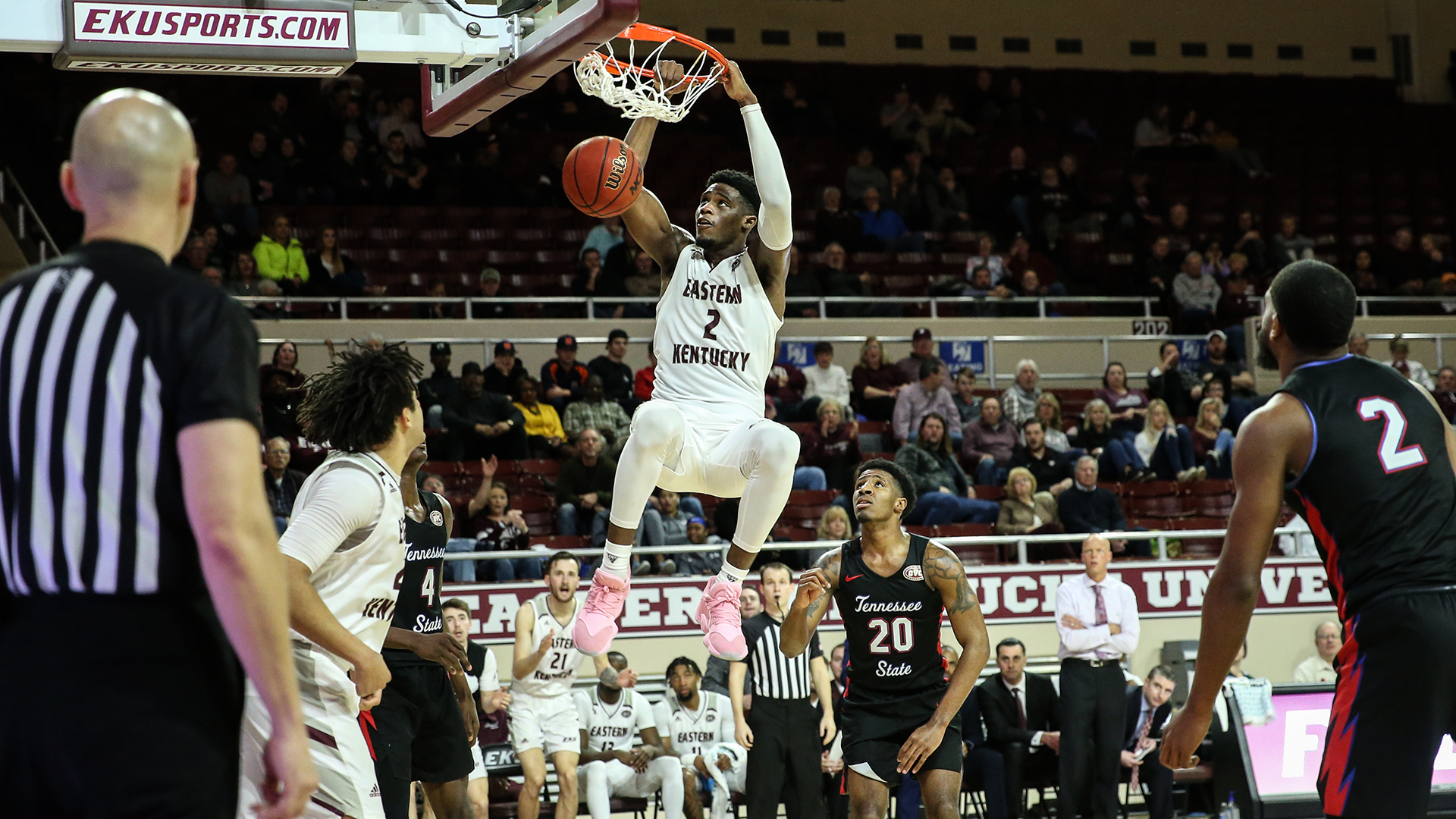 The Eastern Kentucky University men’s basketball opened the game on a 30-3 run and never looked back on its way to an 83-62 win over Tennessee State on Thursday night at McBrayer Arena.

With the victory, EKU (14-14, 11-4 OVC) wrapped up a top-four seed and a first-round bye in the upcoming OVC Tournament.

Senior Ty Taylor led all players in the game with 22 points. In doing so, the grad transfer reached 1,000 points for his collegiate career.

Junior Russhard Cruickshank opened the game with a three-pointer, and less than two minutes later a triple by Taylor made it 16-0 in favor of the Colonels.

A three-pointer from the corner by senior Lachlan Anderson made it 30-3 at the 11:59 mark of the first half. The Colonels took a 24-point lead, 53-29, into the locker room at halftime.

TSU (16-12, 8-7 OVC) slowly chipped away at the lead and pulled to within 14, 72-58, on a layup by Donnie Malone with just over five minutes left; however, a dunk by King sparked EKU, and the Colonels scored the game’s final seven points to finish off the crucial victory.

EKU held a huge advantage – 22-10 – in the turnover battle, and the Colonels converted those turnovers into 25 points.

King, meanwhile, led Eastern to a 48-28 advantage in the paint.

The Colonels stay at home to host Belmont on Saturday at 7 p.m. ET.