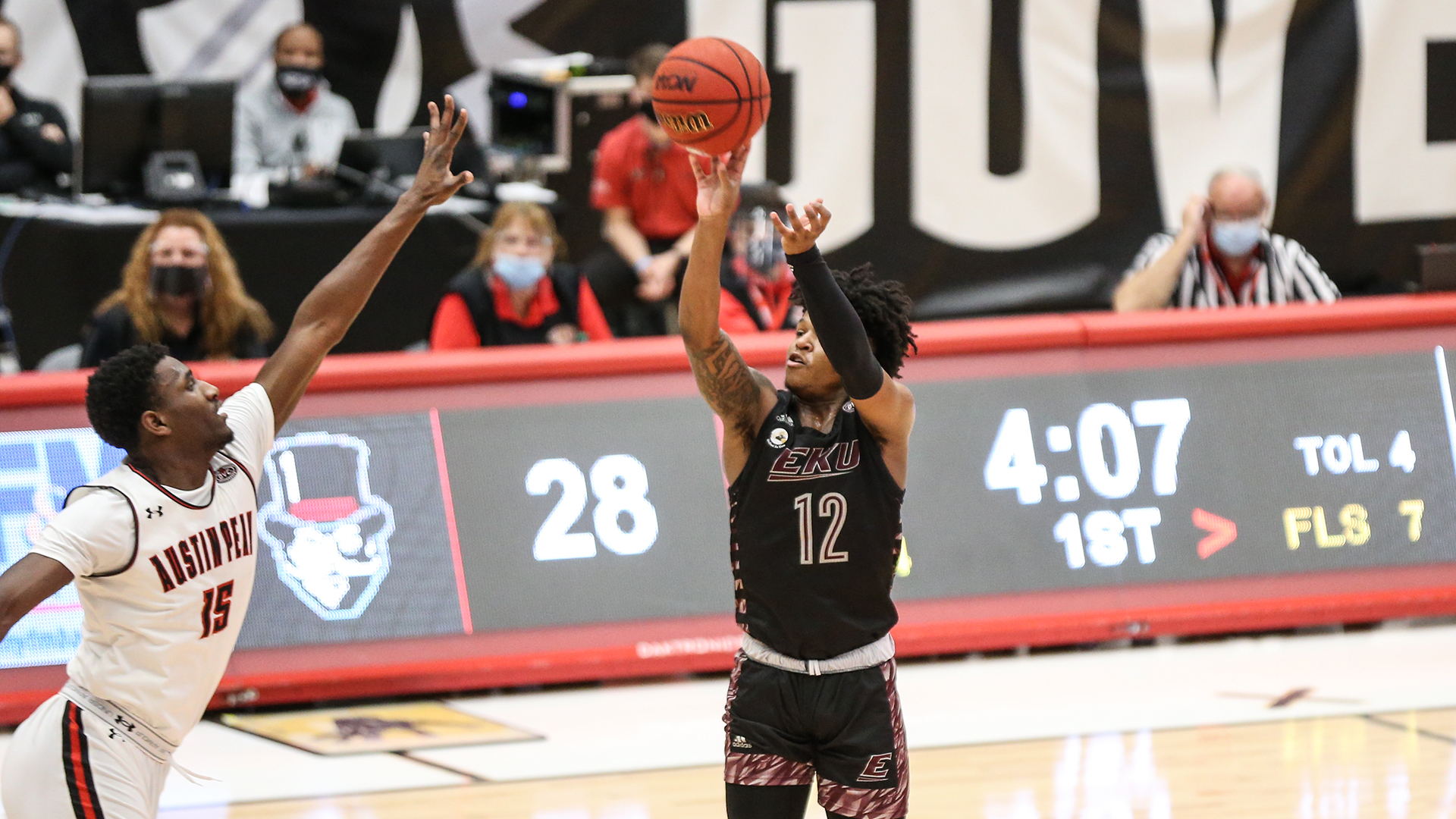 Freshman Wendell Green Jr. scored a career-high 30 points to lead the Eastern Kentucky University men’s basketball to an 80-75 road win at Austin Peay on Saturday evening at the Dunn Center.

Green Jr. was 9-of-17 from the field and 5-of-7 from deep in the win. He also grabbed five rebounds. His 30 points are the second-most by any player in the OVC this season.

A pair of free throws by Austin Peay’s Alec Woodard cut the Colonels’ lead to 10 at the break, 42-32.

APSU opened the second half on a 10-2 run and pulled back to within two, 44-42, following a three-point play by Terry Taylor with 16:40 remaining in the game.

Eastern, however, never let the Govs take the lead in the second half. When redshirt freshman Curt Lewis stormed down the lane and dunked it with 8:17 on the clock, the Colonel lead was pushed back out to eight, 67-59.

Austin Peay made one final push, making it a one-point game, 76-75, on a pair of foul shots by Woodard with 21 seconds on the clock.

Knapper, however, converted two clutch free throws for EKU, and Taylor missed a potential game-tying three-pointer on the other end.

Green Jr., appropriately, sank two free throws to ice it with six seconds on the clock.