Gayan Gets First-Career Win as No. 10 Kentucky Beats Detroit 15-3 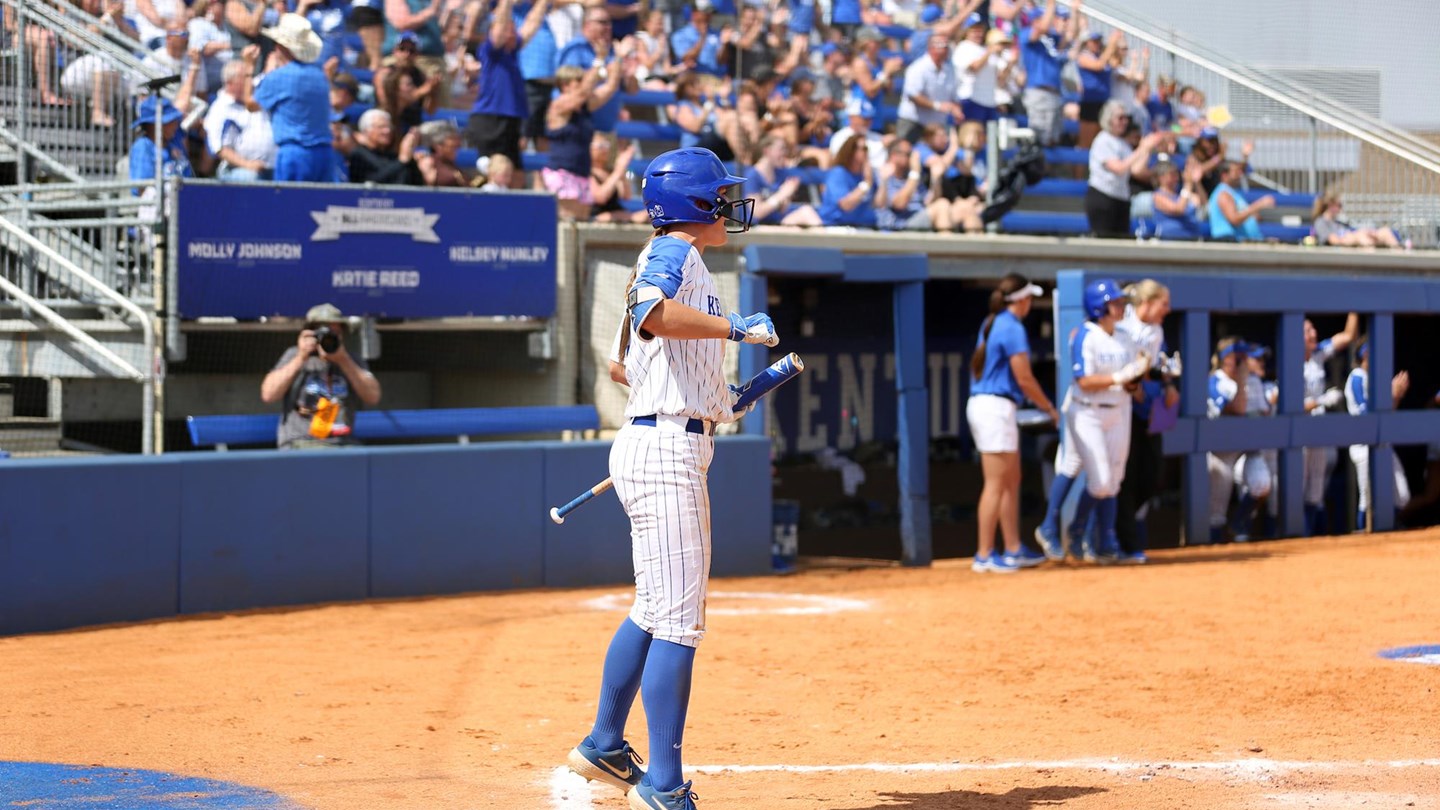 TEMPE, Ariz. – The No. 10 Kentucky softball team saw freshman Sloan Gayan appear in the circle for the first time in her career, and pick up a win as the Wildcats demolished Detroit Mercy, 15-3 on Sunday afternoon to conclude play at the 2020 Littlewood Classic.

With the win, Kentucky improves to 7-2 overall on the season through two weeks of play, with its only two losses coming against Arizona State this weekend. Gayan in the circle moves to 1-0 on the year, only allowing a three-run home run in the top of the third inning for the only Titan damage of the afternoon.

The game ended 11 minutes shy of the “drop-dead time” of 2:30 p.m. MT, as teams needed to get to the airport to catch their flights home. Tatum Spangler was in the circle for UK and put the Titans to bed in the fifth in under six minutes to cap off the win.

On offense, it was a clinic put on by the Wildcats, registering 17 hits in four plate appearances, scoring 15 runs, the second most of the weekend. There were no errors in the game for the Wildcats, marking the second time this season UK played a game without an error.

Alex Martens and Mallory Peyton went back-to-back with home runs in the bottom of the second inning, an inning that saw the Wildcats score nine runs to take a commanding lead in the game.

Kentucky will next play at Middle Tennessee State on Wednesday night at 6 p.m. ET/5 p.m. CT for midweek contest before traveling south to Birmingham for the duration of the weekend to compete in the Samford Invitational.

Key Stat
9. Kentucky scored nine runs in the bottom of the second inning.

Key Play
The key play in the game was a double play that Miranda Stoddard and Mallory Peyton turned in the top of the fourth inning to get out of a jam and pick up two timely outs with the Wildcats up against the clock.

Key Player
Jaci Babbs was the key player in the game, going 2-for-3 at the plate with two runs scored, two RBI, a double and the game-winning catch in left field.

Rylea Smith had three RBI in the game, with one of them being in the first inning. Eight of the nine Kentucky starters had a hit in the game with Kayla Kowalik going 3-for-3 with two runs scored and two RBI.