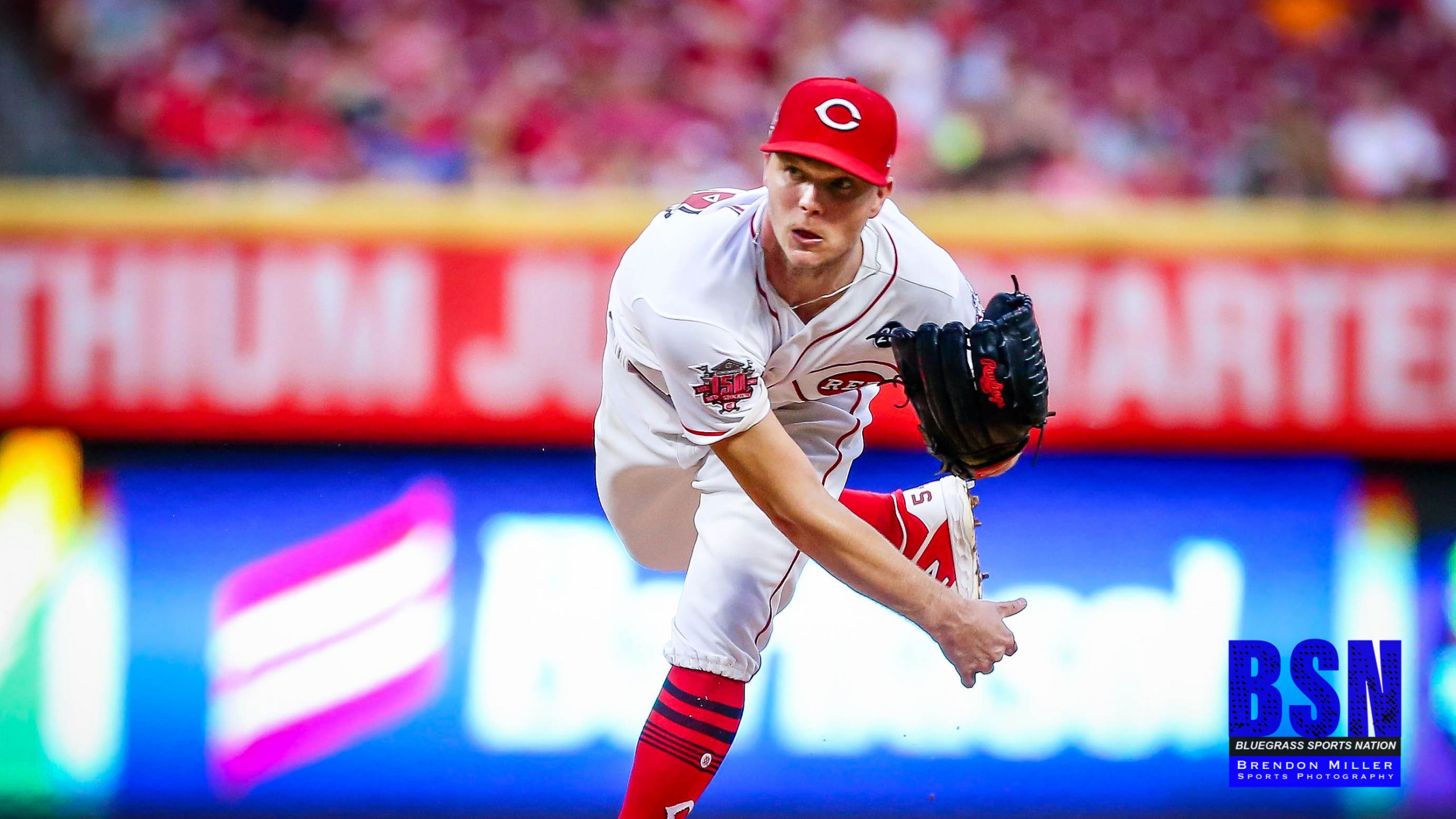 Sonny Gray extended his streak, giving up 6 hits or fewer in his record 36th straight start.

Once Sonny Gray got locked in, Monday night at Great American Ball Park belonged to the Reds’ starting pitcher. But to get there, Gray had to talk himself through it first.

Gray overcame trouble during the first two innings and dominated hitters through the sixth for a 3-2 victory over Cleveland. Joey Votto’s two-run home run in the bottom of the sixth provided the go-ahead run.

“I was just so upset at myself, to be honest,” Gray said. “I came out flat. I think it was noticeable that I came out with the wrong type of energy. I just came out flat and I let the boys down early. Once I had the third and the fourth, I could feel myself saying, like, ‘OK, like, enough is enough, Sonny.’ So I’m like, ‘You’re here, show up. What are you doing?’ … I told the boys, ‘Hey, pick me up, pick me up, pick me up.’ And that’s exactly what they did.”

Over six innings, Gray allowed two runs (one earned), four hits and two walks with eight strikeouts, and he saw his season ERA go up … to 0.96 after three starts. He extended his own Major League record streak (excluding openers) to 36 starts — and two full calendar years — without allowing more than six hits.

Gray had to wait out a rain delay of two hours, two minutes before he could deliver his first pitch. Things quickly became shaky for the right-hander.

With two outs and a 2-2 count in the top of the first inning, Gray gave up Francisco Lindor’s solo homer to right field, followed by Carlos Santana’s single.

A one-out single in the second by Oscar Mercado then led to some self-inflicted mistakes by Gray. First, it was an error on a pickoff attempt to first base, followed by a pair of wild pitches that let Mercado score and make it a 2-0 game.

“I told him that the Lindor homer was on me,” catcher Tucker Barnhart said. “I felt like I … tried to get too cute with what we were calling. I think we just went to the well one too many times with the fastball. I told him that I’d be better, but I trust Sonny and I trusted that it would just be a little bit of a blip and he’d hold it down for us. We kind of went off-script a little bit after the second inning, away from what he normally does, and it worked. It got him kind of locked back in. Then went back to our original game plan, and it got him through the sixth inning.”

After Gray walked Sandy Leon in the second, Cleveland could do no more.

“I had to check myself and a couple of guys checked me after the second inning, and I’m thankful for that,” Gray said. “And it just started clicking, man. I just started getting my arm moving. I started clicking on my curveball. My fastball got good. I got a little bit of a rhythm.”

Gray retired the next 12 batters in a row — including five consecutive strikeouts, where he alternated between fastballs and curveballs to get strike three.

The strikeout streak ended on Lindor’s one-out single in the top of the sixth, but he was caught stealing at second when Barnhart made a great throw. Gray walked Santana with two outs, but he escaped the inning and gave way to the bullpen and its three scoreless frames. Michael Lorenzen (seventh) and Raisel Iglesias each pitched a perfect inning, with Iglesias earning his first save. And after a hit-by-pitch and a single in the eighth, Nate Jones escaped the frame unscathed.

“When you’re not on right from the beginning and you can keep your team right there, hold the other team kind of where they are, that shows a lot of toughness,” Reds manager David Bell said.

A leadoff single lined to left field in the bottom of the sixth by Shogo Akiyama, followed by Votto’s homer, was enough to give Gray the victory and a perfect 3-0 record in three starts. Reigning National League Player of the Week Nick Castellanos also homered in the fourth.

Up next
Castellanos has hit five homers in his past six games. He and the Reds will meet Ohio rival Cleveland at 6:10 p.m. ET on Tuesday, live on MLB.TV. Tyler Mahle, who lasted four innings in his previous start, will take the mound opposite Shane Bieber.