Hagans’ Will to Win Giving CATS a Boost 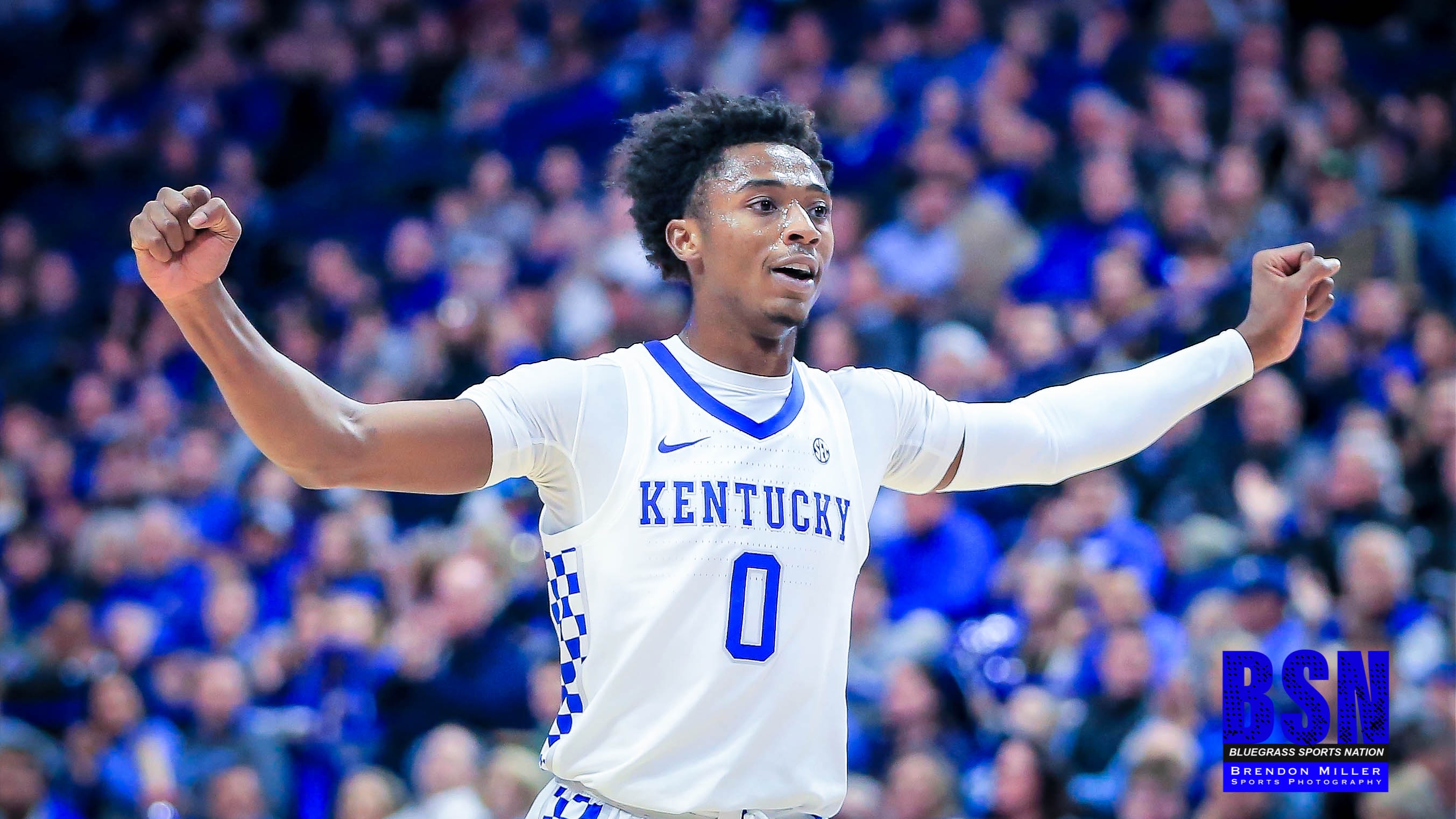 Ashton Hagans didn’t let an ankle sprain get in the way of his return to Georgia earlier this week and the Kentucky point guard is the basketball team’s version of Wildcats’ football standout Lynn Bowden, said coach John Calipari.

“The kid has a will to win and drags the rest of us,” Calipari said Friday. “(It’s) kind of like (Lynn) Bowden did. He is that. He’s Lynn Bowden for us. … Maybe able to throw the ball better. I don’t know.”

Although Hagans doesn’t have experience as a quarterback, he has blossomed into one of the top point guards in the Southeastern Conference and Calipari has watched Hagans transform into a leader during his first two seasons.

“I feel like I’m a better leader but not fully all the way there yet (and) I’m working on it,” he said. “We got Nate Sestina … he’s helping me out a lot. Not only me, but EJ (Montgomery), Nick (Richards) and everyone else. We’re just getting better as the season goes along.”

A veteran, Sestina said Kentucky’s progress this season has been a “night and day” experience. The Wildcats (11-3, 2-0 SEC) have won three in a row including a 78-69 at Georgia earlier this week and play host to Alabama Saturday in a noon contest at Rupp Arena.

“We play defense much better for 40 minutes,” Sestina said. “We’re kind of a hard-nosed team. We’re starting to click offensively and mesh well offensively. Get stops. Guys are communicating. When we come together in the huddle, it’s not just one guy talking, everybody is talking. Talking about what they see, what we can do to get better. I think we’ve made big strides in that and, moving forward, will be even better.”

Kentucky’s next challenge is the Crimson Tide (8-6, 1-1), who have split their first two conference games but have won four of their past five contests, including a 90-69 win over Mississippi State earlier this week.


In his first season at Alabama, Nate Oats has the Crimson Tide among the top 3-point shooting teams in the nation. Alabama is averaging a league-best 11.1 3-pointers per game and ranks first in the conference in scoring with 84.4 points per contest.

“They run to shoot threes,” Calipari said. “They’re not running for layups. They’re not running for post-ups. Even if they throw ahead and drive, they’re driving to find somebody for a three. So, it’s a little different in how the game goes. They’ve done a great job. I watched (the) Florida (game). They should have won. They should never have lost that game. They know it.

“They had Penn State. Penn State led them for two minutes on the road. So, when you start looking at records, you can’t look at records when you start talking. The games they lost early, they weren’t ready to play this style yet. They hadn’t bought in. This will be a really hard game for us to win. I don’t care if it’s at home, on the road, on I-95, this is a hard one to play and it’ll be a hard game for us to win.”

Sestina agreed and added the team is loaded with shooters.

“We have to get back in transition, stop them from getting transition threes, force them into tough twos, force them to put the ball on the floor,” he said. “I thought we did a really good job in the second half, especially, against Georgia stopping their transition offense, getting back, walling up and kind of playing team defense and not just relying on Ashton (Hagans) to get a steal or Tyrese or Immanuel (Quickley) to get a steal or Nick (Richards) to block a shot. It was kind of a team effort. I think it’s kind of the same thing – get back in transition defense, stop them, force them into putting the ball on the floor and force them to shoot twos.”