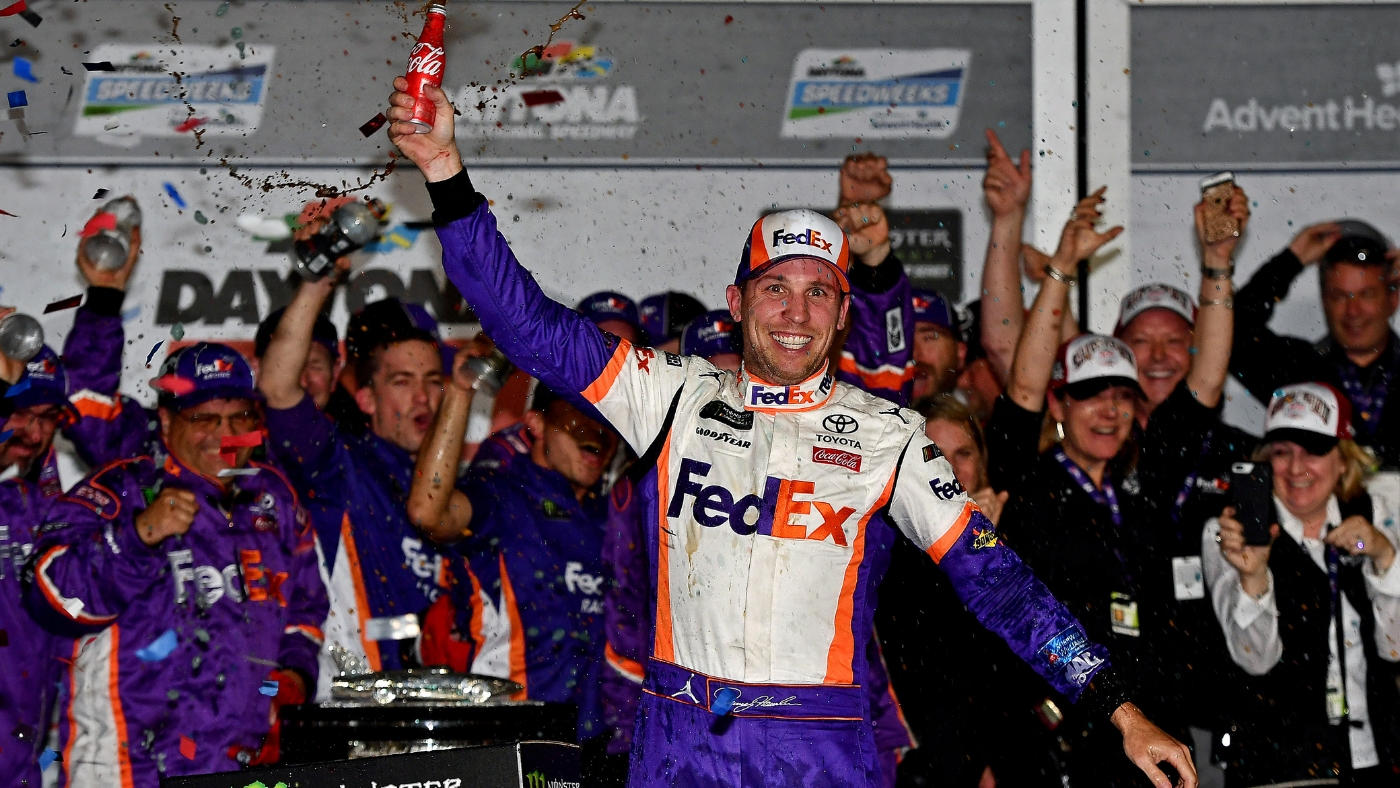 Denny Hamlin captures the Dixie Vodka 400 at South Beach and etches his name as the 20th driver in Cup Series history to reach 40 Cup career wins.

Sunday’s race was the first that featured fans in the stands since the NASCAR Cup season schedule was delayed for the COVID-19 pandemic.

NASCAR opened the gates for race spectators for 1,000 fans, most of whom were military members from the nearby Homestead Air Reserve Base and U.S. Southern Command in Doral.

As Qualifying and Practice were dismissed, teams would random draw for Dixie Vodka 500 starting grid position. Denny Hamlin drafted the pole position and set the field to green.

Dixie Vodka 400   – Stage 1
Weather interposed upon the track after 5 laps recorded were completed.  Teams were called to evacuate cars until the storm passed.   Ligtning would follow later in event additionally placing teams into a 30 minute (red flag) interval until the weather pocket  located 10 miles from the track.

Hendrick Driver No-9 – Chase Elliott and Penske Racing No. 12 – Ryan Blaney battled and interchanged lead in the early circuit of Stage 1.

No. 22 – Joey Logano’s Penske Ford also exhibited a car of contention only to be erupted by an alteration on pit row with Star-Com Racing No. 00 – Quin Houff.

Denny Hamlin would own Stage 1 and clearly displayed to be an early contender to recon with for the event trophy.

Ryan Blaney along with Chase Elliott alternated the point while battling for position early in Stage 2.

Mid-point Green-Flag pit service was utilized by the front runners to split the Stage 2 in half allowing teams to be in contention for the Stage win.

Denny Hamlin would additionally pit during Green-Flag Pit Stop.  As pit sequence rotated Denny Hamlin was shuffled back to the front only to dominate the final Stage 2 laps.

Chase Elliott’s strategy to take an early Green Flag pit Service mid-point on the Final Stage would be beneficial at the time.   Most of the field would pit a lap after Chase Elliot. Teams with better tires eventually overtake the No.9 Camaro advantage through off-set  pit circulation.

Hendrick’s No.8 Rookie Driver –Tyler Reddick who won the NASCAR Xfinity in 2019 checked off a 4th place finish. Flordia’s very own No. 10 – Aric Almirola finishes a season best top 5 position.

Denny Hamlin’s performance will be noted as the first Driver to sweep all Stages wins at a 2020 NASCAR Cup Series scheduled event.