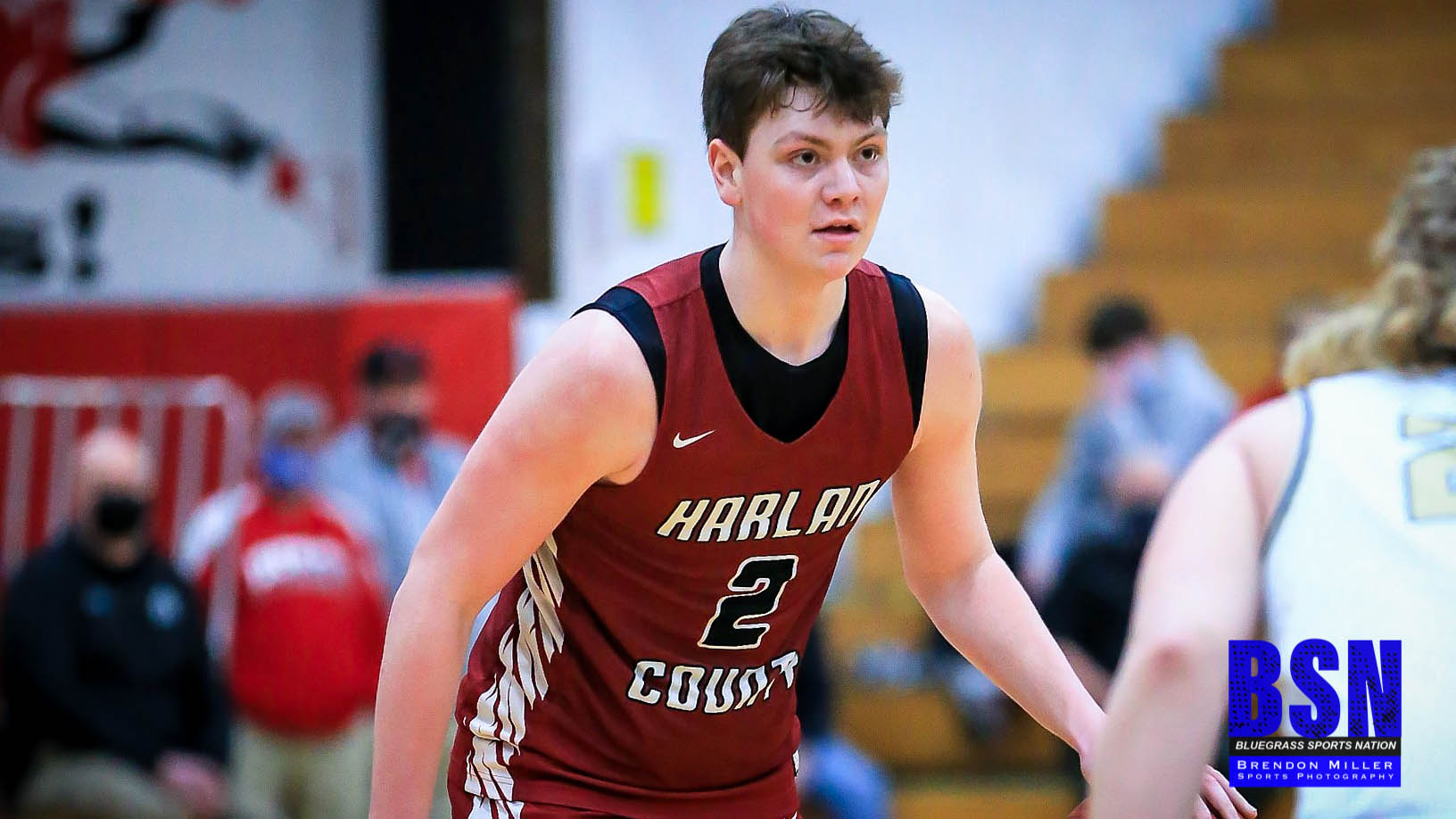 Harlan County and Hazard staged a high-stakes dual at the John C. Combs Arena on Saturday afternoon, with the prize being the finals of the 34th Annual WYMT-Food City Mountain Classic. Harlan’s Trent Noah had seven in the extra time and the Bears hit 10 of 14 at the line to secure the 69-65 win.

1st QUARTER
The Black Bears had four threes in the period with Daniel Carmical hitting two, and Trent Noah and Jackson Huff each with one. As ususal Wade Pelfrey started strong with seven in the 1st. Eighth Grader Samuel Shoptaw had five and Andrew Ford four. At the end of the 1st, Hazard led 18-14.

2nd QUARTER
Noah and Carmical were the only Bears to score in the period as Noah had three buckets and a 3-pointer for nine, and Carmical hit his third and fourth threes. Pelfrey pumped in seven more and Shoptaw five to keep the Bulldogs in front at the break, 31-29.

3rd QUARTER
The Teams played to a 13-13 time in the 3rd. Ford had three buckets in the lane for six, and Pelfrey tallied five. Carmical knocked down his fifth 3-pointer and Tyler Cole added four. Headed to the 4th, Hazard still led 44 – 42.

4th QUARTER
Noah had a 3-pointer and Huff added five. Pelfrey again led with four and Ford, Jamel Hazell and Jarrett Napier each had a bucket. Regulation was not enough for the teams as they headed to some free basketball tied at 54.

OVERTIME
Noah put up seven in the extra frame and Huff was four of four from the line. Pelfrey hit a 3-pointer for his game-high 26, and Ford added four to his total, but it was not enough as Harlan out-scored Hazard 15-11 for the four point win.

Harlan County will take on Knox Central in an all 13th Region Final tomorrow at 2:30 PM. Hazard will take on Wolfe County in the 3rd Place Game at 6:30 PM.