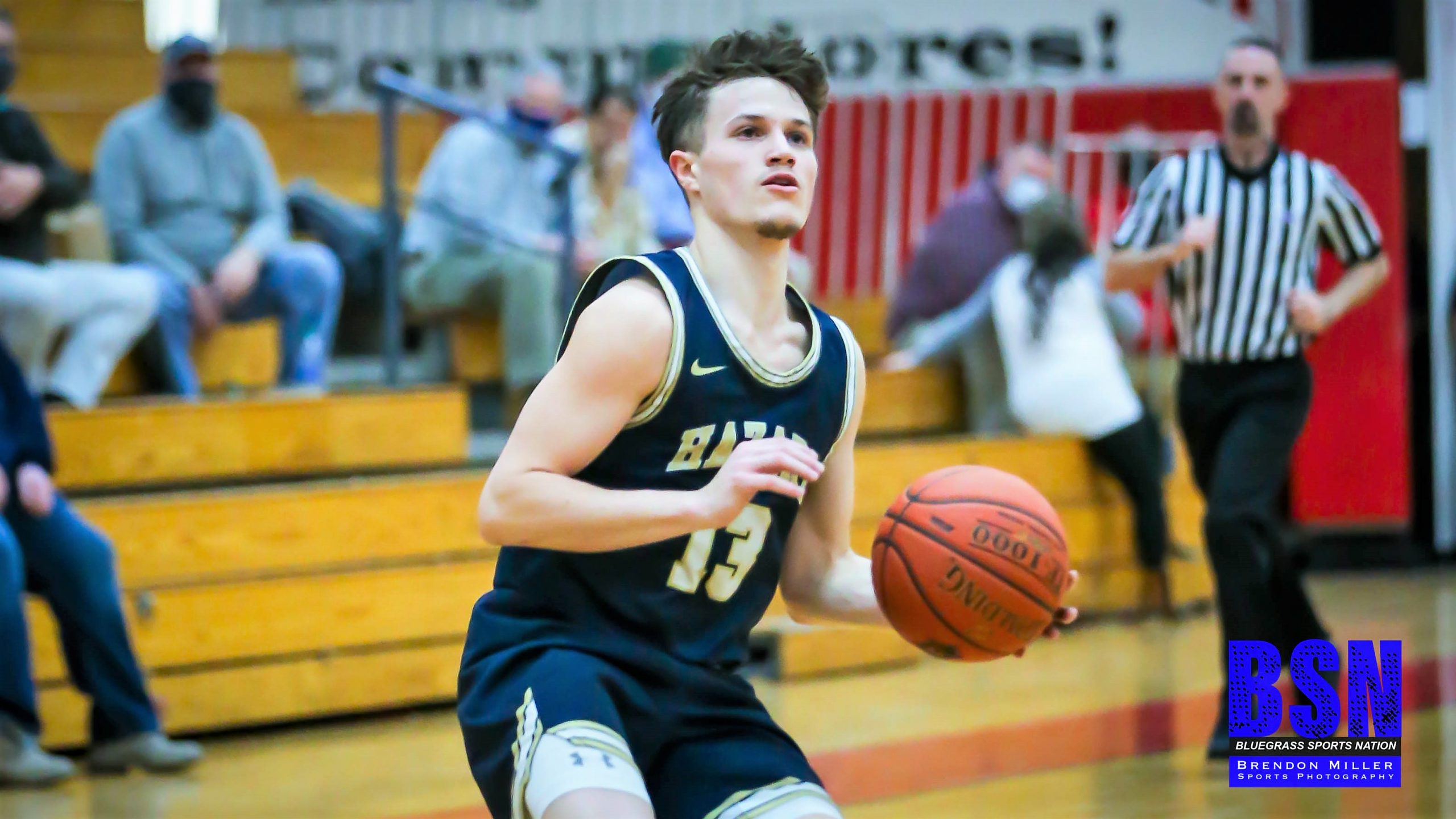 The Bulldogs began their defense of their Mountain Classic title in facing the Cardinals in round two for the season for the squads in the final first-round game of the 34th Annual WYMT-Food City Mountain Classic on Thursday Night. Martin got the win over Hazard in the earlier matchup on January 9th in Inez, 77-66.

Many fans in the John C. Combs Arena came to see the showdown between Martin County’s Brady Dingess and 14th Region Preseason POY Wade Pelfrey. Hazard was shorthanded on the night with their Senior guard and defensive standout, Jarrett Napier sidelined due to sickness. In his stead, 8th Grader Samuel Shoptaw got the start and the minutes.

At the final horn, the Bulldogs advanced to Saturday with a 75-65 win, behind 20 from Pelfrey and balanced scoring across the book.

1st QUARTER
Hazard started strong by opening up an early lead with their transition game. Shoptaw took advantage of the start with five in the 1st, on a drive and a 3-pointer. Athletic big Andrew Ford had four in the paint. Martin got two buckets from Parker Davis and a 3-pointer from Jordan Dalton. End of the 1st, Hazard was on top 14-11

2nd QUARTER
The two played to a 16 all tie in the 2nd. Martin County’s Freshman guard Luke Hale hit the zone from deed connecting on four 3-pointers in the period for 12 of the Cardinal’s 16. Pelfrey hit is only 3-pointer of the game to total five in the period with Max Johnson also hitting a 3-pointer and Shoptaw, Sawyer Patrick and Jamel Hazell each getting a basket. At the half, Hazard led by three, 30-27.

3rd QUARTER
Dingess went to work with 12 in the 3rd. Digness attacked the basket and got to line and was four of four and hit two juke-and-shoot defended 3-pointers from the top of key. The game was wide open in the 3rd with the Bulldogs getting in the lane for many of their field goals. Senior Chris Jones had six, while Shoptaw hit his 2nd 3-pointer and had five, Ford added four and Johnson also hit his second 3-pointer. Headed to the final period, the Bulldogs were in front by four, 50 – 46.

4th QUARTER
Dingess fought to the finish putting up 12 more down the stretch to complete his game-high 28. Ford added six for 14 on the night, and Pelfrey had 10 of his team-high 20 at cruch time with three buckets and was four of five at the line.

Hazard will take on Harlan County from the 13th Region in the first Semi-Final on Saturday, with play scheduled to begin at 12:30 PM.