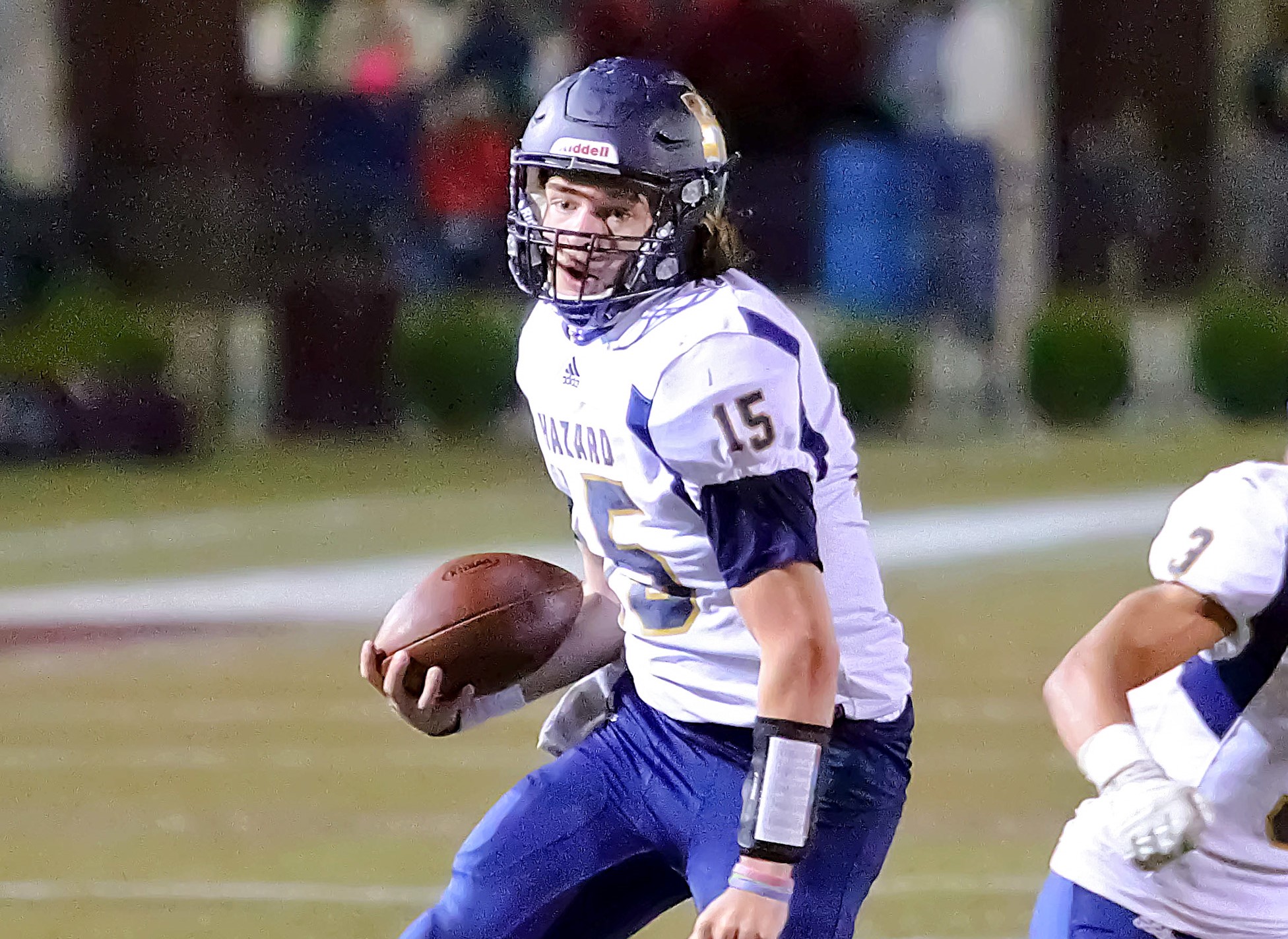 In what is arguably among the biggest upsets in Bluegrass High School Football history, Hazard came from behind in the second half to defeat the defending Class 1A State champion Pikeville, 21-12 on Friday Night.

The Bulldogs began the season 0-5, including a blow out 43-7 loss in the first meeting of the teams on October 16th. The Bulldogs have now reeled off four wins in a row and will advance to the Regional Championship next Friday.

Pikeville scored first on a 12 yard run by Braden Thomas, but the conversion failed to put the Panthers on top 6-0.

Hazard got on the board in the second quarter on a pass from Garrett Miller to Tyson Turner. Jonah Helm’s PAT put the Bulldogs on top 7-6. Pikeville answered with a Blake Birchfield run, but again failed on the conversion to set the halftime score at 12-7 Panthers.

Pikeville’s prolific offense would not score in the second half as the Bulldog defense threw a shutout. Max Johnson scored on a 10 yard run at the 6:33 mark of the third quarter to put the Bulldogs ahead and Helm’s PAT made it 14-12 Bulldogs.

Hazard iced the game on Defense as Johnson intercepted an Isaac McNamee pass and raced 50 yards for the final score of the game with 2:29 left. Helm again added the PAT and the margin of victory was set at 21-12.

The Bulldog defense closed out the game for the win to send shockwaves through the KHSAA Class 1A Gridiron Bowl and around the Commonwealth.

Hazard Coach Dan Howard to BSN, “Extremely proud of our players and coaches. I feel like our boys really showed up and took it to Pikeville and wanted it more.” On Johnson’s pick 6: “That’s a play we went over during the week and we knew they were gonna try to get it to #10. Max just made a heck of a play.”

The loss ended Pikeville’s season at 6-3.

Johnson rushed 21 times for 107 yards on the night and Garrett Miller threw for 134 yards.

UP NEXT
Hazard will now take on Paintsville on Friday Night for the Regional Championship. This will also be a rematch of the regular season in which the Tigers defeated Hazard 54-0 on September 25th.