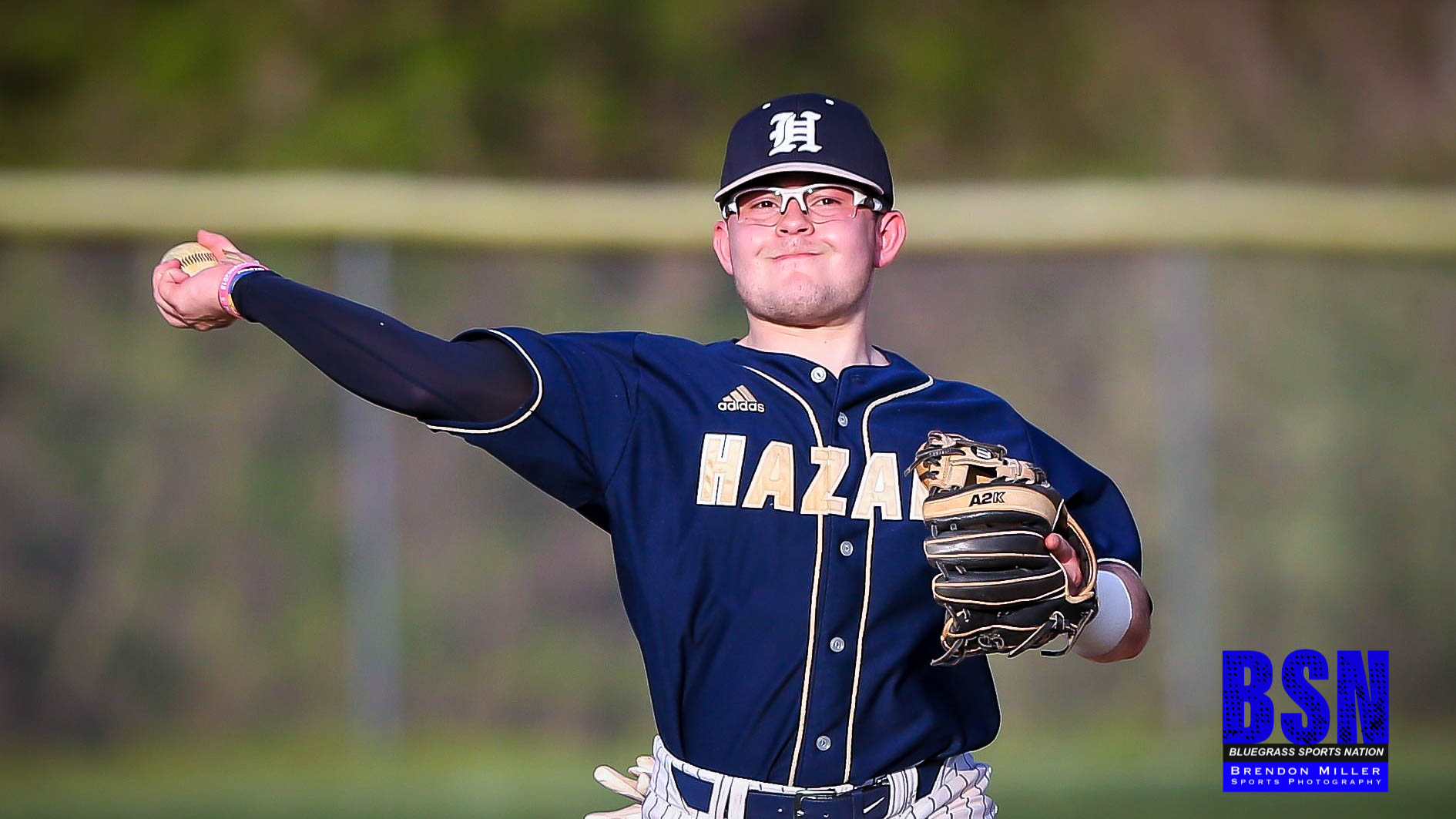 Hazard won Round two of the annual PCC-HHS rivalry at Perry Park last night. In the first matchup of the season, Perry Central defeated Hazard 5-2 on April 16th. Senior Andy Baker took the mound for the Dawgs, and David Elkins toed the rubber for the Commodores.

All scoring took place in the third inning of the game with Hazard scoring three in the top of the inning and Perry Central adding their sole run in the bottom. Hazard began the inning on a single by Trajon Campbell to center. Dalton Baker followed with a single to right and Andy Baker walked to load the bases. Kyle Johnson grounded to short scoring Campbell on the fielders choice. Andwer Ford then came up with a big single to center scoring both Bakers to put the Dawgs in front.

Perry Central came back with their run in the bottom which began on a single by Dawson Kersey. Kersey was moved to 2nd on a sacrifice bunt by Braxton Amburgey and scored on a single to right by Zack Gayheart.

Andy Baker went the distance for the Dawgs holding the ‘Dores to two hits on the night while striking out five and walking two. David Elkins pitched the first five innings for Perry with Dawson Kersey throwing two scoreless in the sixth and seventh.

Both are likely to meet again in the 54th District Tournament Championship Game on May 20th. Hazard takes on Leslie, and Perry takes on the host Buckhorn with both games on Saturday, May 18th at Buckhorn.