Hilltoppers Get Win on Late TD to Defeat Chattanooga 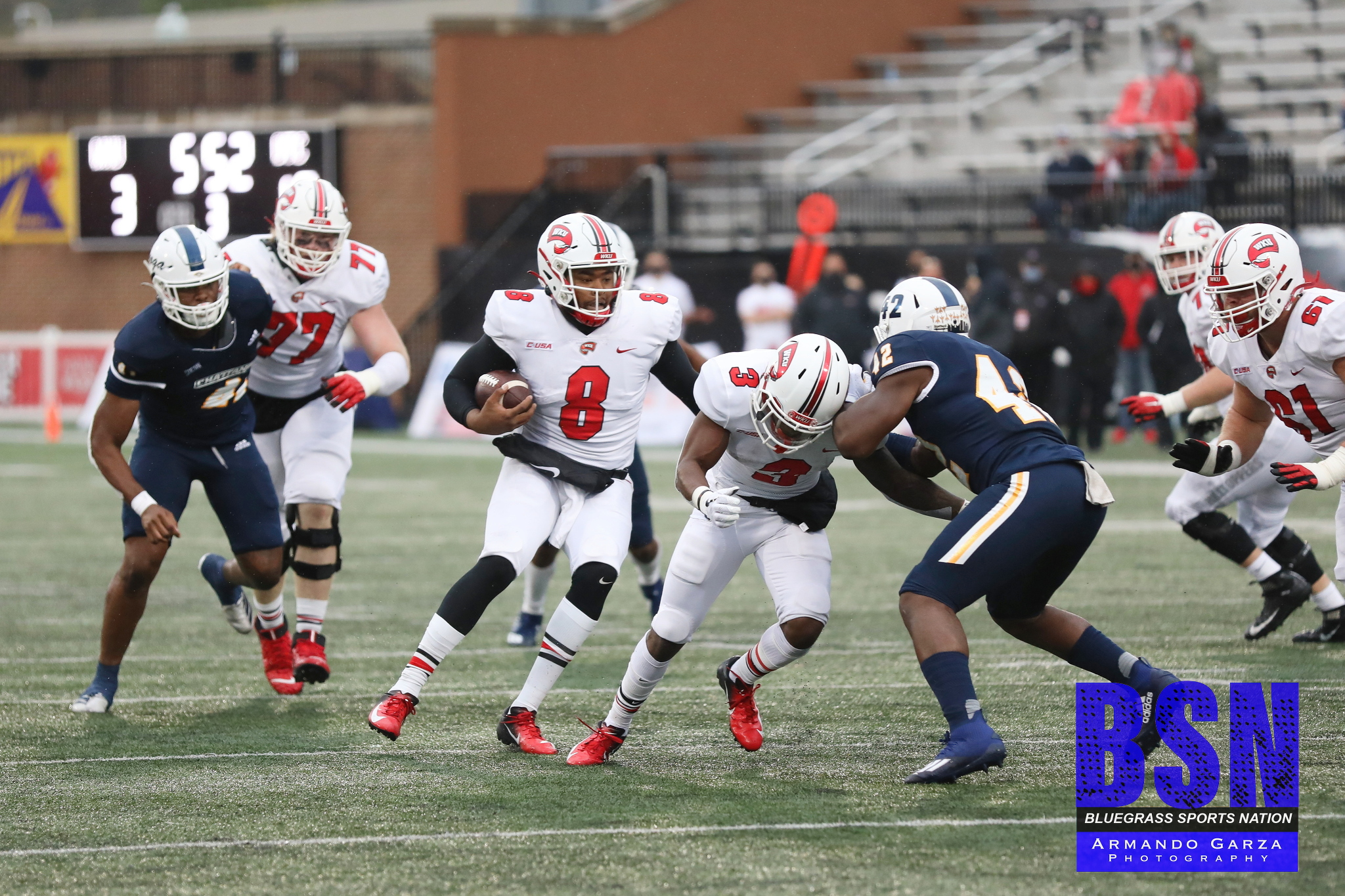 WKU Football didn’t find the end zone for much of the day Saturday, but its lone touchdown came when it mattered most.

Quarterback Tyrrell Pigrome connected with receiver Craig Burt, Jr. for a 4-yard TD pass in the corner of the end zone with 1:21 to play, lifting the Hilltoppers to a 13-10 victory over Chattanooga at Houchens-Smith Stadium.

After Chattanooga – playing its only game of the fall at the FCS level – scored on the opening drive with a 10-yard touchdown run by Drayton Arnold, WKU (2-4) held the Mocs to just three points the rest of the way – a 22-yard field goal with 9:35 left in the third quarter.

The Hilltoppers added a pair of 32-yard field goals by kicker Brayden Narveson in the first and third quarters, and finally broke through for the game-winning TD in the final minutes.

Burt’s winning catch from Pigrome, a contested jump ball that he ripped away from the defender, completed a 10-play, 54-yard drive.

Chattanooga returned the ensuing kickoff for a touchdown, but the officials deemed that a member of the return team had signaled for a fair catch prior to the return. WKU forced the Mocs into a turnover on downs to ice the victory.

Pigrome completed 4 of 8 passes for 73 yards and the touchdown, while quarterback Kevaris Thomas completed 12 of 17 passes.

Running back Gaej Walker rushed for 88 yards on 17 attempts, while Burt led the Hilltoppers with five receptions. Safeties Devon Key and Antwon Kincade paced WKU with 10 tackles each.

The Hilltoppers are back in action next Saturday with a road trip to face No. 12 BYU. The game will air on ESPN at 9:15 p.m. CT.Print Friendly Version